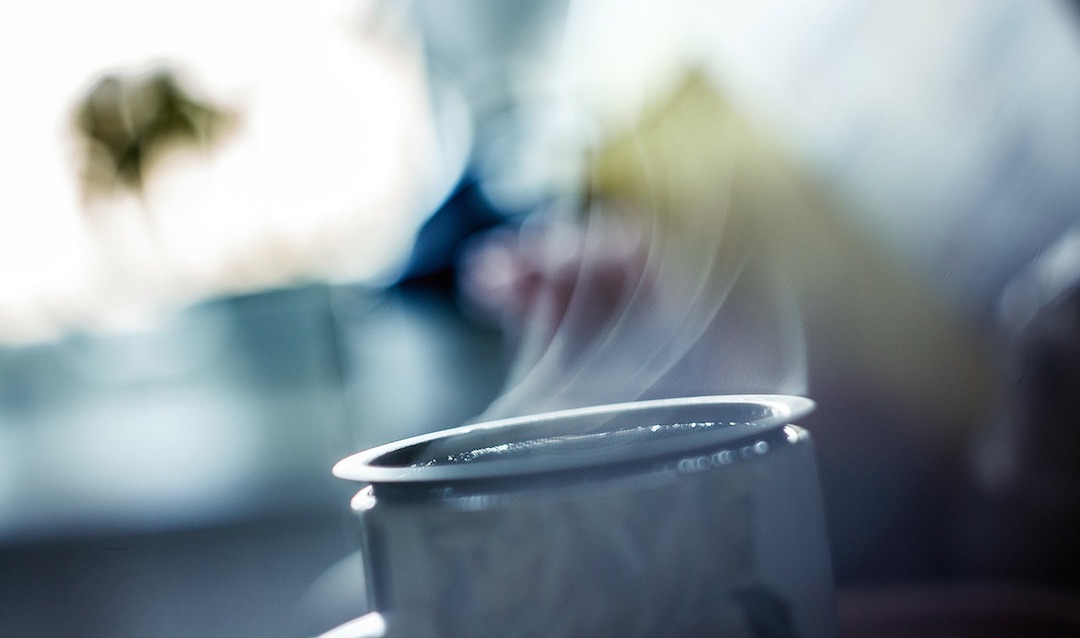 Just in time to look its best at the SCA Expo in Boston, home appliance maker Sensio announced that its Brim brand coffeemaker had attained certification into the SCA Certified Home Brewer Program. In a statement, the company clarified that it meets all SCA requirements, and then some:

In addition to meeting the SCA Gold Cup standard, the Brim 8 Cup Pour Over Coffee Maker meets all key requirements of the Home Brewer certification as follows:

Coffee Volume and Uniformity of Extraction: The machine’s shower head utilizes pulse brewing technology to evenly water the coffee bed within the required first minute of brewing, achieving the perfect bloom effortlessly. The volume of the brew basket (66 grams) is sized in proportion to the carafe’s maximum capacity.
Beverage Preparation and Brew Strength: Meets the Gold Cup Standard of brewing, with extraction maintained at desired levels of between 18.0% and 22.0% for a resulting beverage strength (water to coffee ratio) of between 1.15% and 1.45% or 1.63 grams of coffee per 1 fluid ounce.

Beverage Clarity: The machine’s permanent laser etched filter allows the essential coffee oils to pass through, resulting in smooth, full-bodied coffee with less than 75 milligrams of sediment per 100 milliliters of brewed coffee.

Holding Receptacle and Temperature: Brim’s warming feature maintains the ideal temperature of no lower than 176°F and no higher than 185°F for 30 minutes after brewing is finished, maintaining integrity of taste.

Those ridiculous Oatly oat milk “shortages” may finally be a thing of the past for the United States, as the Swedish company is reportedly poised to open a factory in New Jersey. Bloomberg picked up the story:

Oatly Inc. expects to begin operations at a new plant in Millville, New Jersey, later this month, according to Sara Fletcher, a spokeswoman for the Malmo, Sweden-based company. The factory will increase volume as much as tenfold.

The dairy alternative has seen shortages in the past year as baristas adopted it in upscale coffee shops, some of which couldn’t get a hold of products for weeks while others were on waiting lists. Last month, Starbucks Corp. began selling Elmhurst barista edition oat milk in five of its U.S. cafes.

The New York Times offered its audience a dose of the disturbing truth of climate change acting as a driver of migration for farmworkers, including coffee farmers, in Mexico and Central America, and how the current U.S. administration’s policies are exacerbating the issue:

The US doesn’t share a border with Ethiopia, though, so it’s ok for the president’s adviser-daughter to visit and scatter some money in her wake. At a coffee shop in Addis Ababa, USAID Administrator Mark Green and Ivanka Trump met with businesswomen in the coffee industry to discuss their opportunities and adversities and announce a US $260,000 loan program. African Press Organization MENAFN summed up the details:

During the meeting, Ms. Trump expressed United States’ support for improving the opportunities for women to start and grow their businesses in Ethiopia. At the conclusion of the meeting, Ms. Trump announced a new W-GDP award of a $260K loan provided by Enat Bank to help Azalech Tesfaye Owner of Azalech Coffee Roasting, Grinding and Packaging to expand her business. The loan was made possible through a joint U.S.- and Swedish- funded loan guarantee program designed to increase access to finance for women entrepreneurs in Ethiopia. The delegation participated in a traditional Ethiopian coffee ceremony. The coffee plant originates from Ethiopia and coffee production is one of the country’s largest industries.

Cold coffee brewers and sellers in the U.S. now have a foreigner of their own to contend with, as Suntory Beverage & Food North America has announced the US launch of BOSS Coffee. The company said its RTD flash-brewed coffee product line is currently Japan’s third best-selling beverage:

“For over 25 years BOSS Coffee has been a favorite in Japan, the world’s largest RTD coffee market. Now, we’re excited to introduce Japanese style flash-brew to American consumers.” said Keishi Fukata, BOSS Coffee’s US brand manager. “Flash-brew may be new to the US, but it has old roots in Japan, where it is revered by coffee aficionados for its distinct flavor profile and silky mouthfeel. We’ve spent decades refining BOSS Coffee, and we believe our time-tested production process offers a rich cold coffee that American coffee drinkers will love.”

Brewed, canned or not, coffee may no longer appear among supplies stockpiled by Switzerland in case of emergency. The Swiss government has announced it thinks the beverage is actually “not essential for life” because it provides no calories or other nutritional elements, although not everyone agrees. Reuters had more:

Of the 15 companies that hold mandatory coffee stockpiles, Reservesuisse said, 12 wanted to continue, in part, because the existing system helps buttress the supply chain. Some also contend too little attention was paid to the drink’s health benefits, like antioxidants or vitamins.

“Stockpile operators’ concerns clearly show that the one-sided review and weighting of calories as the main criteria for a vital staple did not do justice to coffee,” Reservesuisse wrote in a letter seen by Reuters.

Colombian President Ivan Duque announced that the government there will provide another $32 million more in subsidies and tree replacement aid for growers suffering from the ongoing coffee commodity price crisis. The sum comes on top of the $50 million announced earlier this month that growers’ federations said was inadequate given the severity of the crisis. Reuters reported that longer term ideas for improving the lives of Colombia’s farmers continue to include eschewing the commodities market in New York:

The federation said in February it would discuss a possible unlinking from the New York benchmark price with other producers of high-quality arabica and buyers in an effort to sell coffee above production costs.

Exporters and importers say such a move could send buyers looking for other producers.

Colombia will push for coffee prices to be discussed at the United Nations General Assembly in September, Duque said.

Meanwhile, one of the largest coffee export companies in Brazil, Terra Forte, has filed for bankruptcy protection, according to another report by Reuters:

Despite being a trader, Terra Forte is a large coffee producer, managing seven farms in the states of Sao Paulo and Minas Gerais.

The law firm taking care of the bankruptcy protection case released a short note saying the exporter was seeking financial backing to continue operations, hoping to raise short-term capital from investors while it tries to renegotiate its large debt.

While there may be no magic wand to wave that solves the coffee industry’s many serious issues, one Pagan blogger on Patheos believes coffee itself can work some actual magic:

Stir your coffee clockwise before drinking and envision something nice happening before the end of the day. Stir widdershins (counter-clockwise) if you would like to ward off something negative. And if you’re really worried about a particular outcome, use your coffee grinder to eliminate the unwanted. Hold the beans you are about to grind and concentrate on what it is you wish to prevent that is holding you back, and then pulverize those beans in your machine.