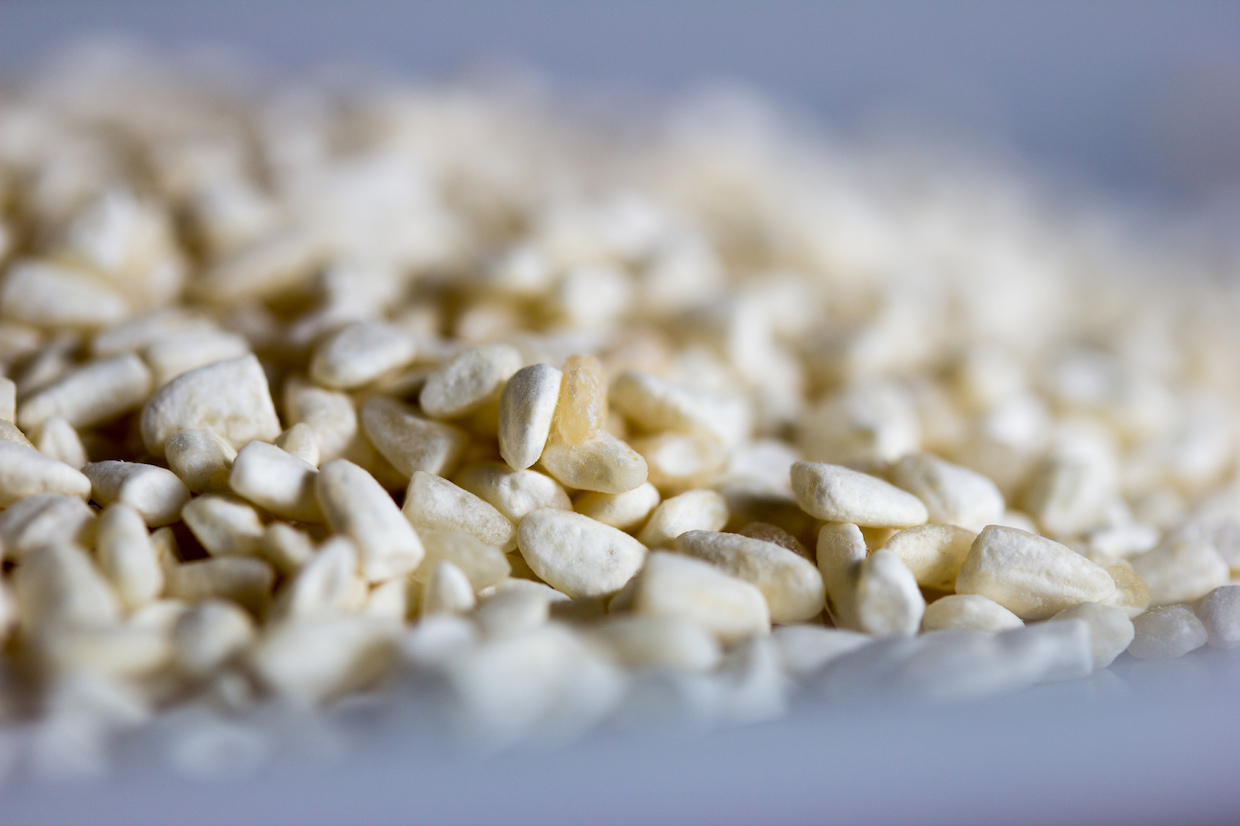 Interested in kopi, but not so much the luwak? Try koji-fermented coffee. The beans are fermented by the same bacteria used to make soy source, rather than a civet’s stomach acid. Forbes lifted the lid on this a bit, including by subjecting Joe Coffee Roasting Operations Manager Amaris Gutierrez-Ray to a taste test:

“The differences are beyond my expectation,” says Gutierrez-Ray. “The regular India’s unpleasant aluminum taste turned to a flavor that reminds me of sesame or BBQ flavor. The regular Mexico’s harshness became rounded and creamy, almost like Swiss Miss.”

She adds comments beyond the taste.“ Mexican and Indian beans are regarded as lower quality in the market right now. By using koji, you could add value to the beans and might be able to help local farmers to be financially better rewarded.”

Nestlé had a big week in headlines. All Africa picked up the Zimbabwe Independent’s report on the launch of Zimbabwean coffee in its Nespresso brand:

About 450 farmers benefitted from the project, through training in Honde Valley meant to help improve the quality and yield of the 2019 harvest.

Nestlé bought 95% of all the high-quality coffee produced by the Zimbabwean smallholder coffee farmers.

In emailed responses to businessdigest’s enquiries, Nestlé MD Ben Ndiaye said the coffee, prepared and packaged in Switzerland, will revive the coffee industry which has seen a decline in production due to the economic situation in the country.

My name is Ennock Mlangeni. YOU DON’T KNOW ME YET! pic.twitter.com/Ml1X0692xC

City Press reported on how Nestlé also made the dreams of South African artist Ennock Mlangeni, a.k.a. Coffee-Bae, come true, building a studio for the artist whose achieved viral social media fame from his paintings made out of Ricoffy instant coffee:

Coffee-Bae says he will be using his new studio to help train other young art enthusiasts from the township. And he is planning to expand his own repertoire by focusing on learning business skills and helping young artists become business-minded.

The Shack, he says, “will be divided into a gallery, my studio, other artists’ studios and a coffee shop” to create a viable business model.

Other names in Big Coffee made big moves, too. The Business Times reported on Tim Horton’s plans for on the front lines of retail in China:

While Tim Hortons is a beloved brand in Canada, it has struggled to build a following outside its home country. The chain, named for a Canadian hockey star, is opening its first Chinese shop on Tuesday in People’s Square, in Huangpu, Shanghai.

Tim Hortons joins a crowded field. Dunkin’ Brands Group Inc., Coca-Cola Co.’s newly acquired Costa Coffee and local chains, including Chinese startup Luckin Coffee, are already in the mix. Luckin expects to have 4,500 locations by the end of the year as it pushes toward a US initial public offering. They all see an opportunity to boost sales as more people move to cities and join a growing middle class.

Maxwell House may at last be reaching its last drop. CNBC examined how a series of divestitures currently under consideration by owner Kraft Heinz includes the possible sale of the brand:

Maxwell House, once the country’s leading national brand, for years had mainly Folgers to contend with in the fight for space in Americans’ cupboards. For decades, it was enough to rely on its sponsored TV placements and its reminder that its coffee was “good to the last drop.” It was one of the first mainstream products to target Jewish shoppers, making it what the New York Times once called “the pioneer” of multicultural marketing.

But coffee culture has changed as Americans shift from homemade brew to splurging on a premium priced java grabbed on the go at omnipresent cafes.

For its economic potential under the right conditions, coffee has sometimes been referred to as “black gold,” and yet, ironically for the first time by Ugandan export standards, gold gold has just become the gold-er of the two. Journal du Cameroon reported that gold has overtaken coffee as the country’s top-earning commodity:

The Bank of Uganda (BoU) has released a report on Wednesday suggesting that gold exports for the first time overtook coffee as the country’s top foreign exchange earner for 2018, fetching $514.8 million.Traditionally coffee used to top Uganda’s export list but in the commodity earned $436 million last year, representing a 21 percent slump from the previous year.

Gold was therefore the leading export commodity, solely fetching the most revenue.

Unfortunately, it’s white gold that’s attracting farmers in Peru. Coffee farms are being abandoned in favor of more lucrative work on coca plantations despite years of investments by the governments of Peru and the United States in programs to encourage coca farmers to switch to crops like coffee or cocoa. Reuters had more:

Coca cultivation rose 14 percent to 49,900 hectares (123,300 acres) in 2017 as the price of coca leaf rose and eradication fell, according to a joint report in December by the United Nations and Devida.

The JNC called for the government of President Martin Vizcarra to do more to help coffee farmers keep up with global trends. It said that last year, sales of organic coffee in Germany were suspended pending certificates showing beans did had no traces of agrochemicals.

Vacationers in Hawaii are gaining a new and adventurous opportunity to learn about coffee grown there, as tour company Blue Hawaiian Helicopters has partnered with Kau Coffee Mill to offer a new experience on the Island of Hawaii. Travel Weekly picked up the story:

The Craters and Coffee Tour ($439 per person) enables participants to experience two of the island’s iconic features: volcanoes and world-class coffee.

The flight goes over the Kilauea Volcano summit before landing at Kau Coffee Mill on the slopes of Mauna Loa, where guests get a “seed-to-cup” walking tour of the coffee orchards, milling and roasting room. The tour ends in the tasting room where participants can sample and purchase several varieties of coffee, local macadamia nuts and chocolate-covered peaberry coffee beans.

Dexigner provided a glimpse into some inspiring cafe interior design, executed by the UK firm Liqui Design for the second flagship store of Saudi Arabian company Brew92. The new cafe is located at Iman University in Riyadh:

Liqui Design chose to apply a calming use of materials and color throughout the new Brew92 cafe space, including wood, fabrics and leather, and a serene blue on several walls. The overall result is an unfussy, friendly Scandinavian-style aesthetic. Expansive floor-to-ceiling windows bathe the cafe’s spacious interior in a restorative, natural light. At the same time, the use of plants throughout the cafe augment the pleasing sense of calm. Industrial elements, such as air ducts and steel pipes, have been integrated with minimum fuss and add a retrained industrial air. Walls are decorated with graphic artwork by the internationally renowned French contemporary artist Vincent Abadie Hafez or ‘Zepha’ (the artist’s pseudonym). Zepha’s art is very much inspired by traditional and contemporary Arabic calligraphy; its placement in Brew92’s Riyadh cafe is striking, acting as both a background canvas and curious talking point.