The Extraction Comes From The Schrödinger Quantum Percolator

Consumers savvy to fluctuations and crashes in coffee’s commodity market price might wonder why the retail price of coffee stays the same or goes up even when the “C” price goes down. Wall St 24/7 used Starbucks as its example in discussing such possible excuses as the giant’s “social impact” investments,  costs related to non-coffee food products, labor costs, and more. The analysis closed with one of the cruel ironies of it all:

Consumers are unlikely to notice the falling coffee prices adding much in savings to their spending. That said, if coffee prices or other commodity prices used by these companies scream higher, they can expect to pay more.

Kona product labeling is another counter-intuitive coffee industry issue that will remain unchanged. West Hawaii Today took note of how measure HB 144, which would have raised the required portion of actual Kona in a Kona-labeled product from 10 to 51 percent, passed the House of Representatives only to be subjected to “gut and replace” tactics that altered its effect and lead to its failure:

Bruce Corker, a member of the Kona Coffee Farmers Association (KCFA) Board of Directors and an ardent supporter of changing labeling requirements, said coffee growers largely saw AEN’s move to alter the bill’s intention as a stall tactic favoring corporate blenders and processors.

Gabbard disagreed with Corker’s characterization, saying he and his committee need more information on overall economic impact to the 40-plus million dollar Hawaii coffee industry before making a determination.

For the neatness of things coming in threes — or, not coming, as the case may be — a third headline about a thing not changing this week appeared in the Journal Sentinel regarding workers at Milwaukee, Wisconsin-based Stone Creek Coffee, who have officially voted against forming a union. The tally of votes cast appropriately, 38 were in favor and 52 were opposed:

In a statement issued Tuesday afternoon, Resch and Stone Creek co-owner Melissa Perez said the results “affirmed that the majority of those who voted believe that our company, and our relationships, are stronger without a labor union at Stone Creek.”

“Over the last month, we have heard from many of our co-workers within Stone Creek who shared how much they love their job and their work,” Resch and Perez said. “For these kind words, and appreciation, we are sincerely thankful. We will work in partnership with those folks and the rest of the company to further our culture of care.”

At the annual meeting of the American Association for Cancer Research, Vanderbilt University Ph.D. student Jingjing Zhu delivered findings of an observational study that revealed a surprising correlation between coffee and lung cancer. Crunching data from 17 different studies involving a total of 1.2 million participants from the United States and Asia tracked for an average of 8.6 years showed that nonsmokers who drank two or more cups of coffee a day had a 41 percent higher risk of lung cancer than those who didn’t drink coffee. Risk was higher for nonsmoking decaf drinkers, too, although the correlation should not be taken as causation, the scientist said. Live Science had more:

Still, Zhu noted that “this [was] only an observational study” and didn’t prove cause-and-effect. But the researchers hypothesize that it isn’t caffeine that’s behind the link. Instead, it may be that something in the roasting process is driving the link between coffee and lung cancer risk, Zhu told Live Science.

The study had several limitations. For example, although the participants were tracked for years after the studies started, data on smoking and coffee and tea intake was measured only one time, at the beginning of the studies. So if people changed their behaviors throughout the years, it could have skewed the results, Zhu said.

Chronicle Live shined a light on UK-based scientists who are developing the use of drones for monitoring and mitigating coffee leaf rust outbreaks:

“Coffee rust can be utterly devastating to farmers who rely on the income for their livelihoods,” said the project lead, Dr Oliver Windram. “The benefit of using drones is that they are non-invasive and do not damage the product.

“But they are also able to get a much more comprehensive view from the air than any farmer can from the ground, so we hope the drones will be able to spot the disease early enough before it wipes out the crop entirely.”

Bloomberg reported this week that while most farmers in Burundi remain willing to stick it out, many are frustrated with low earnings, the compounding effect on low output, and a lack of government assistance:

Francois Mbabare, who has a small plot in the central province of Gitega, described the prices paid as “derisory” and said officials should take part in coffee-farming to understand the hardships.

“We work for nothing, especially since we’re not allowed to set prices for the coffee we produce ourselves,” he said.

“This store is unlike anything we’ve ever done,” says Jenifer Hagness, VP of Marketing and Product Innovation at Caribou Coffee. “It’s an amazing new space created to offer convenience for guests on the go, but also perfectly-tailored with spaces to work from your laptop or settle in for coffee and a bite to eat with friends.”

As hijinks abounded both online and off with April Fools Day coming and going this week, the coffeesphere was not immune. Special recognition goes to Hackaday blogger Sean Boyce for his invention of the Schrödinger Quantum Percolator:

At its core, the Quantum Percolator contains a novel quantum event detector that uses electron tunneling to determine whether to use caffeinated or decaffeinated coffee. The mechanical components are enclosed in an opaque box, so I can’t tell which type of coffee is being used.

The result is coffee that simultaneously contains and does not contain caffeine – at least until you collapse the caffeination probability waveform by drinking it. As the expression goes, you can’t have your quantum superposition of states and drink it too! 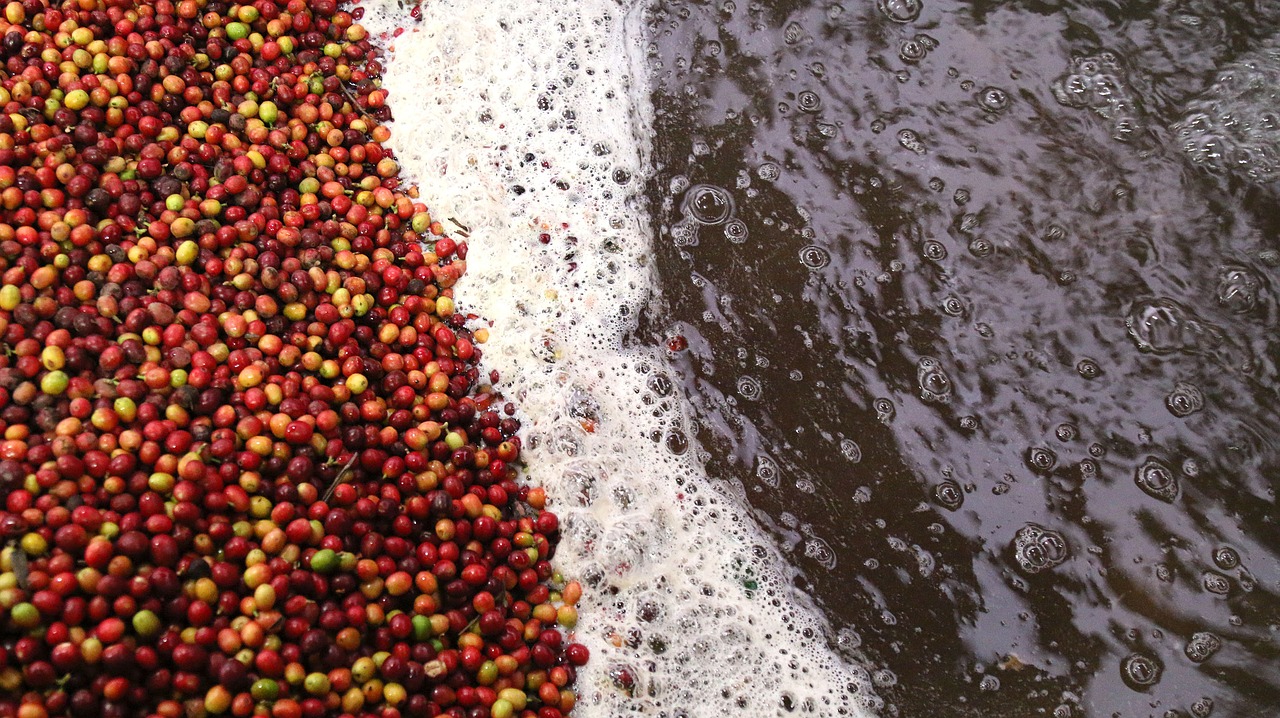 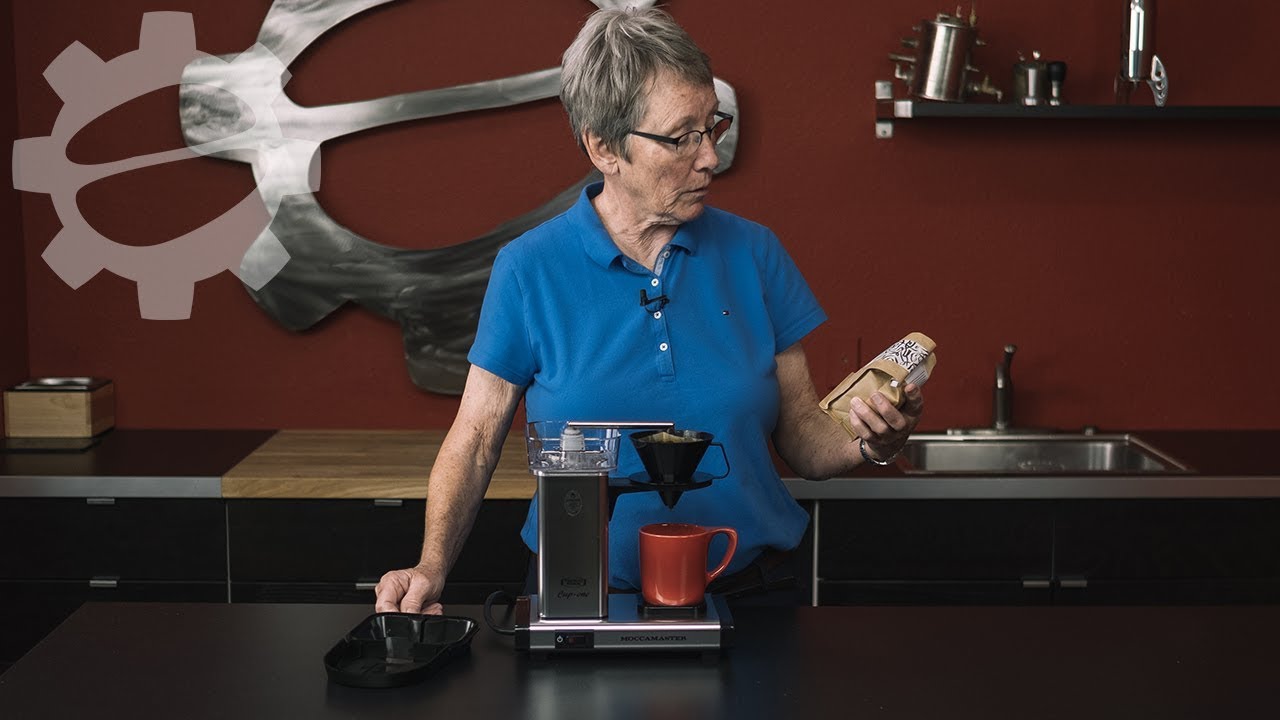 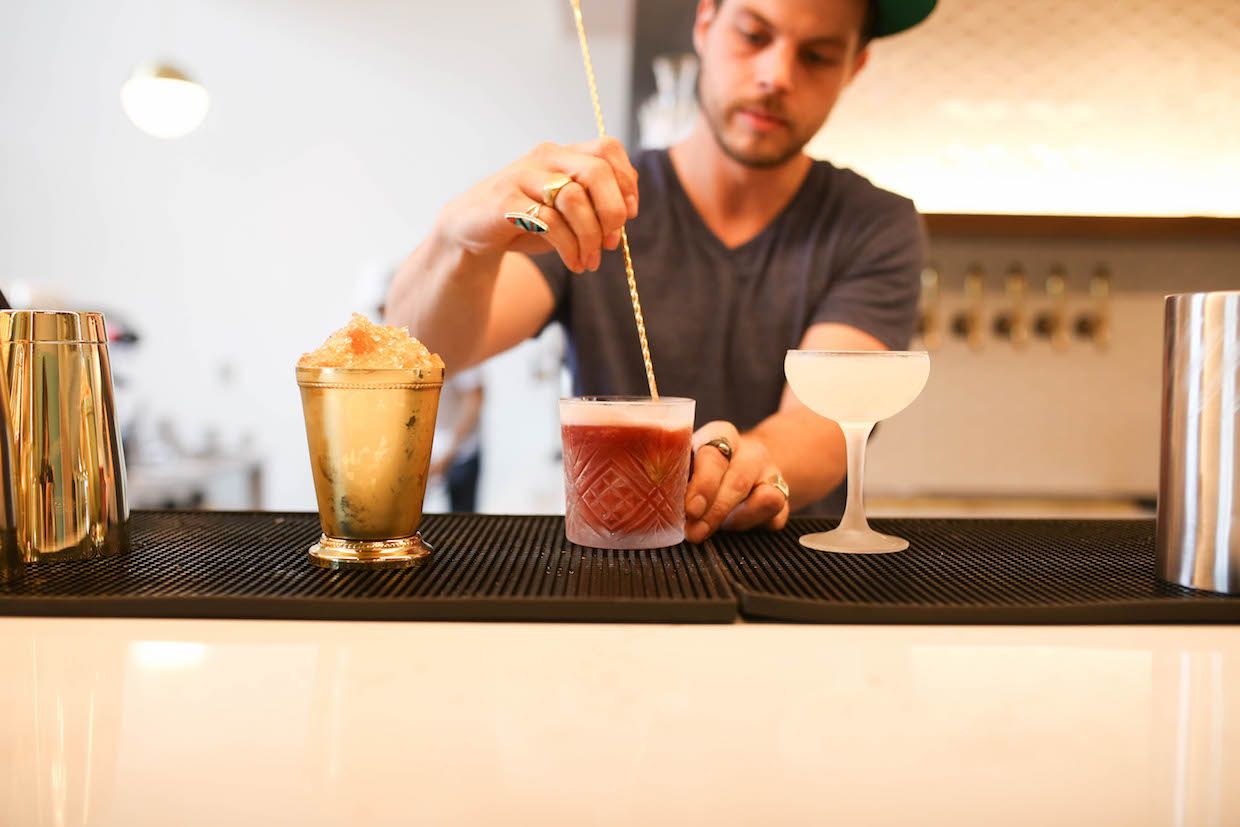 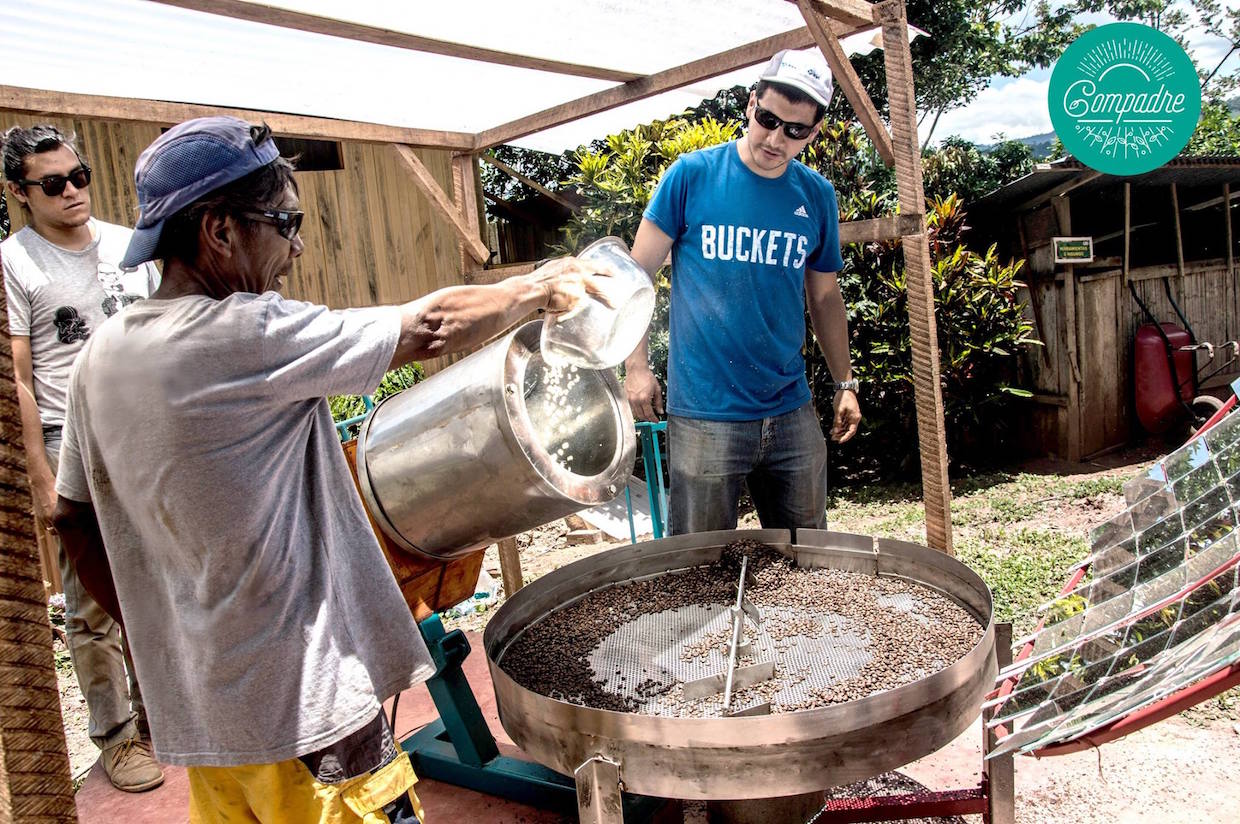 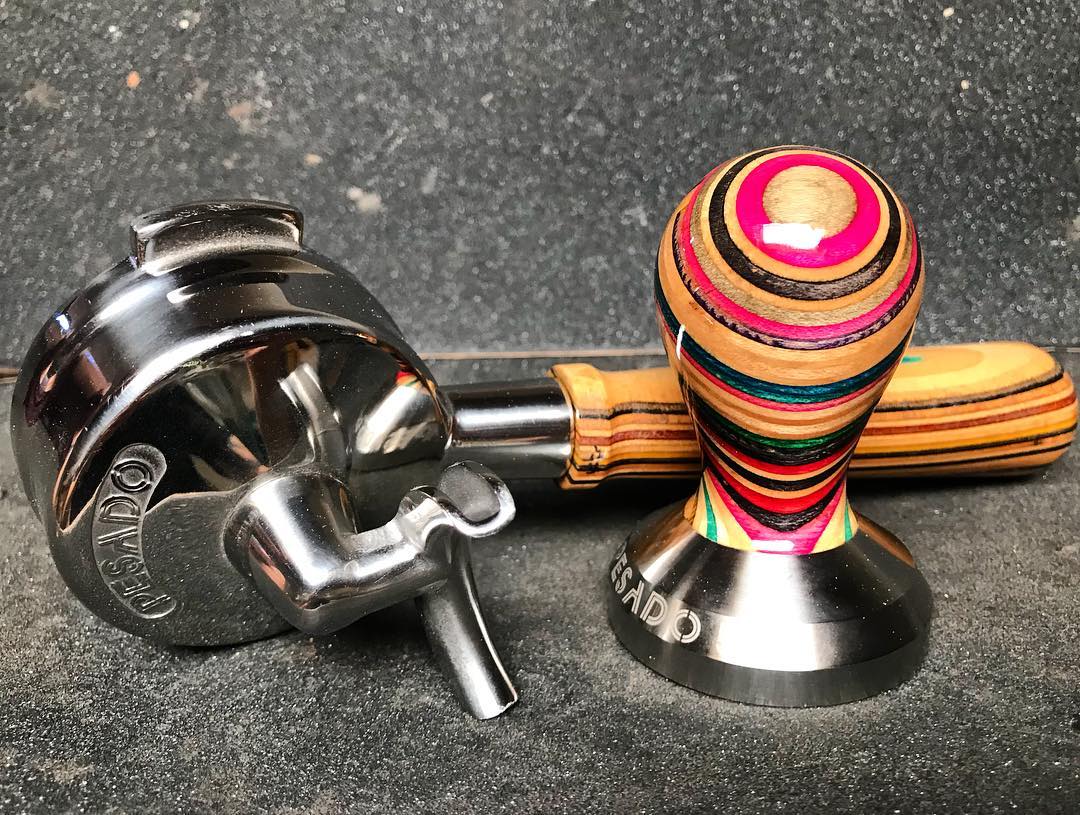 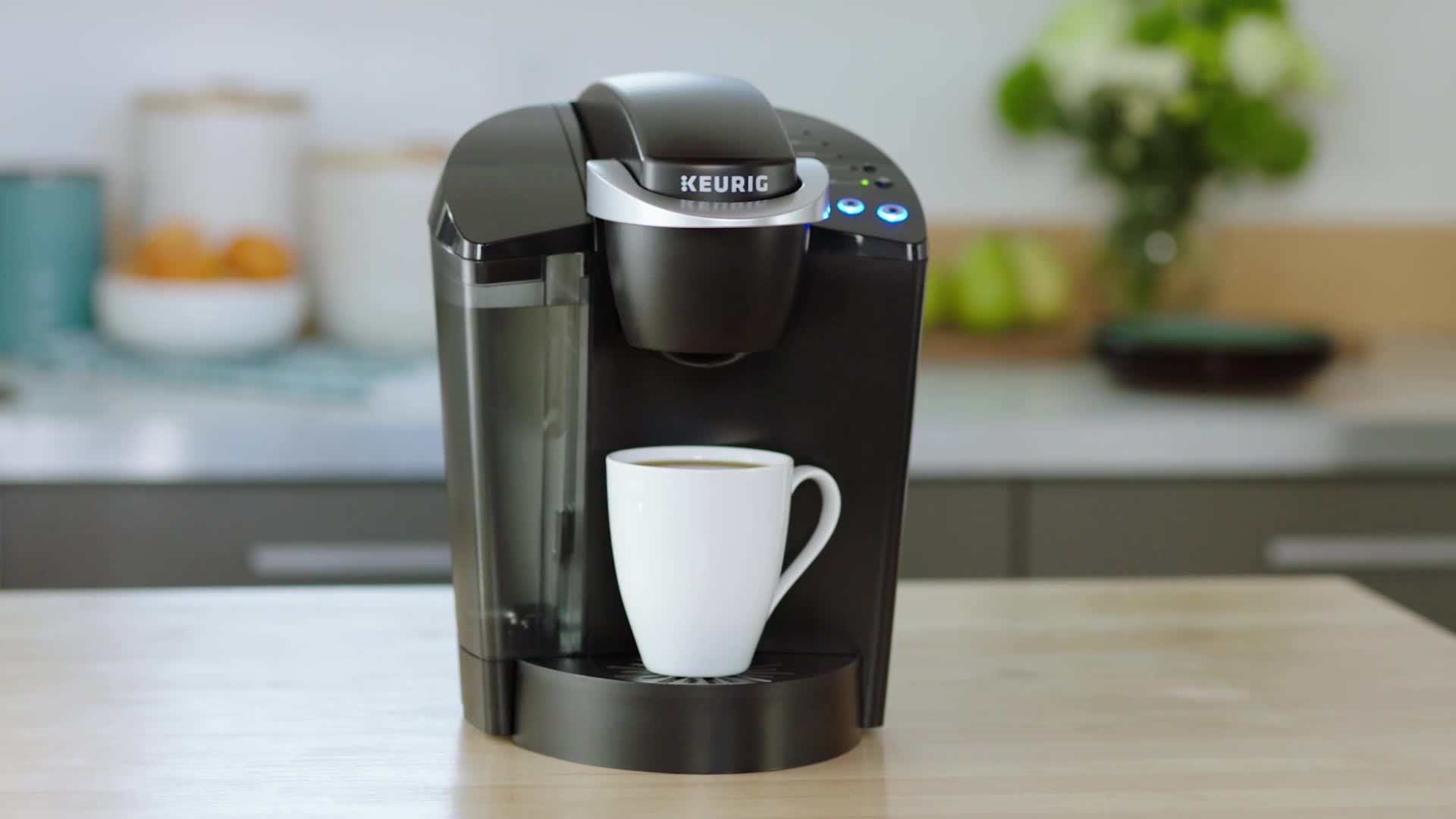 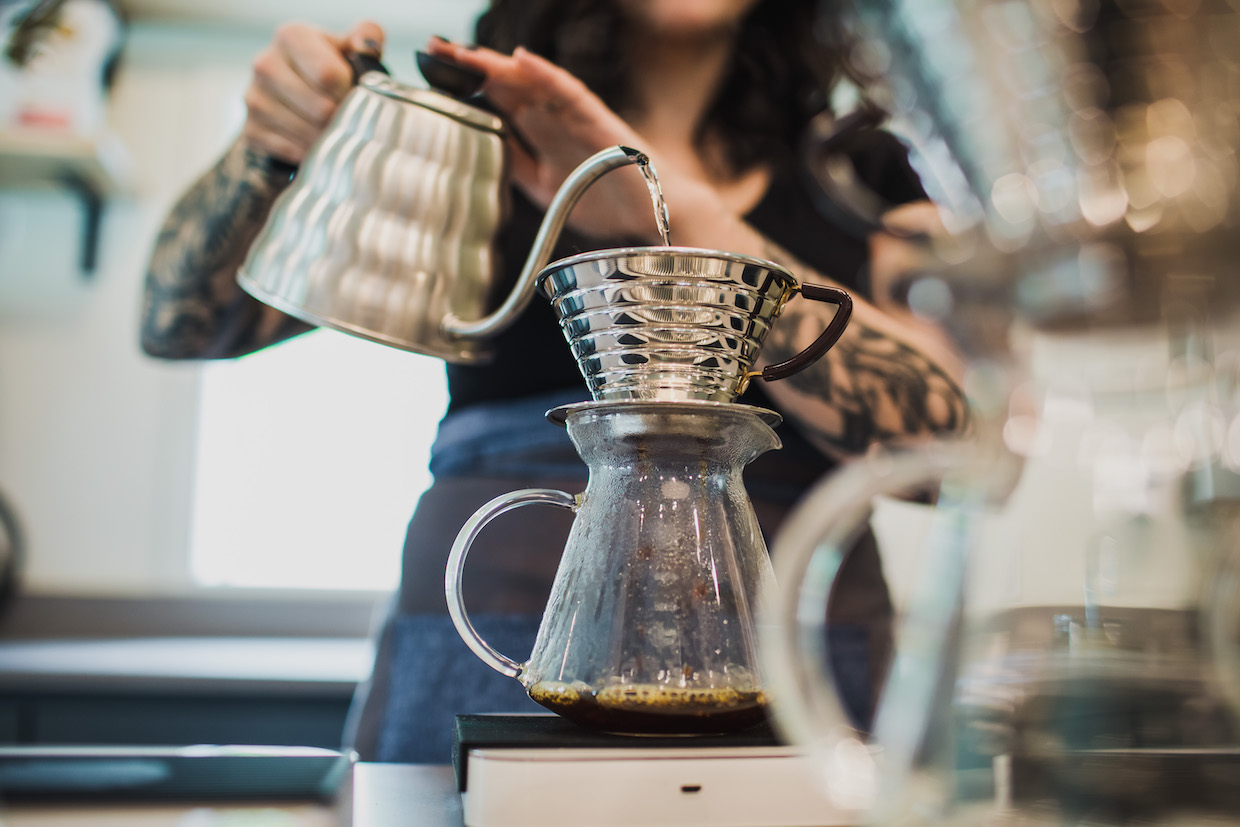 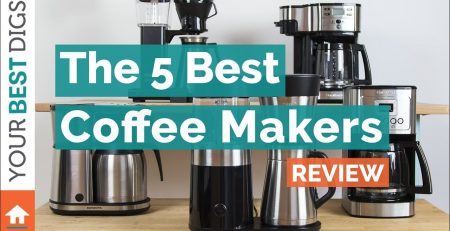 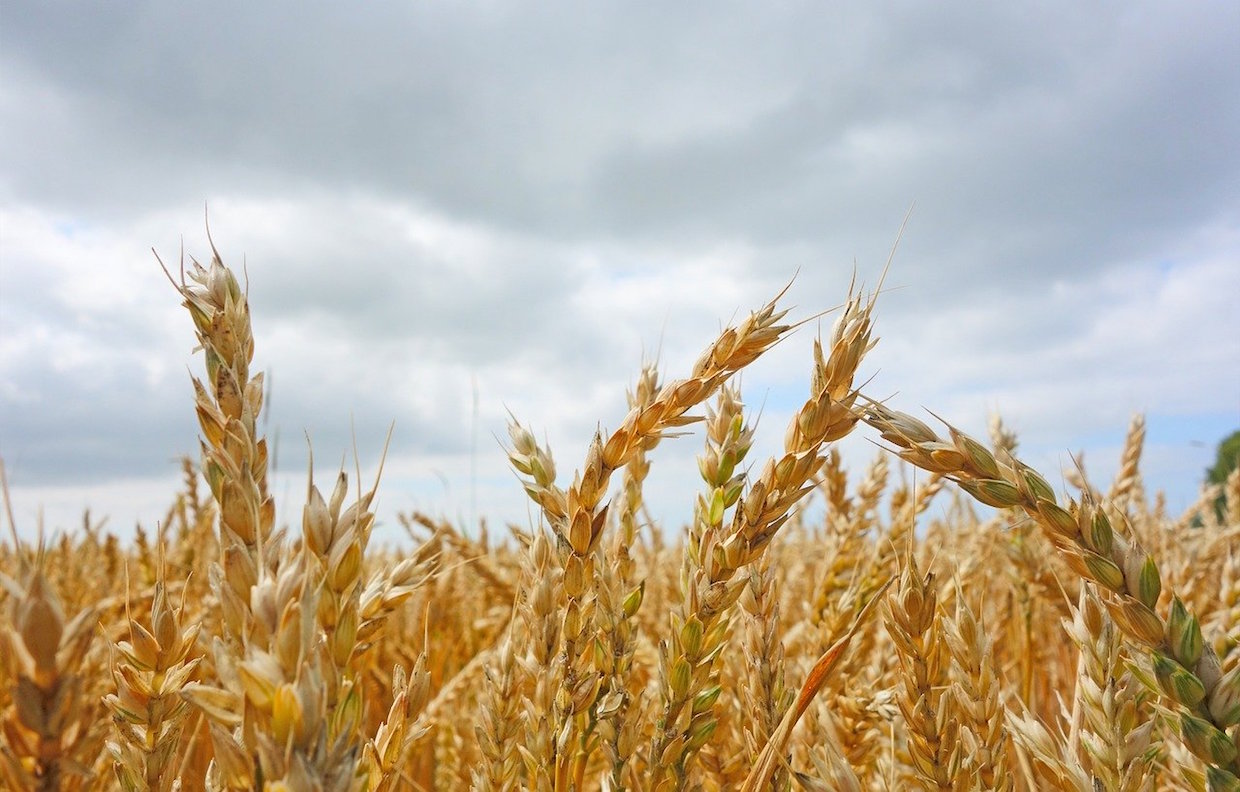