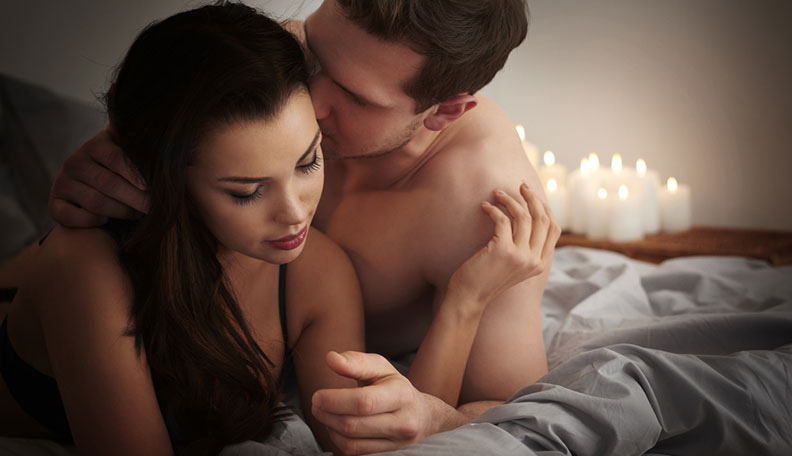 If you’re wondering how to have a casual relationship without getting hurt, it’s not easy. Be sure of your decision, and approach with caution.

Sometimes a person is placed in your path who you want to be with badly. This feeling might push you to do something you would advise someone else not to do. For example, embarking on a casual relationship that has no chance of going anywhere, simply for the pay off of getting to spend time with that person.

You might tell yourself that they’ll change their mind. They’ll want to be with you once they get to know you properly.

This is a common situation. In fact, most people have been in it at some point. I know I have. The thing is, casual relationships take a certain amount of strength and emotional control, otherwise you risk of getting hurt. [Read: How to know if you can handle casual dating]

The best of intentions can still land you with hurt

I’m not going to lie and say that it doesn’t happen. It does. The problem is, holding out for this possibility is a risk. [Read: How to read the signs your casual relationship is getting serious]

Most people who say they want a casual relationship say this because that’s exactly what they want—no commitment. Entering into this type of relationship with the hope that it will become more risks wasting precious time that you could be spending with someone who wants the same things as you.

How to have a casual relationship without getting hurt… hopefully

Before I delve into this, I want to state here and now that following these steps doesn’t mean you’re going to avoid any type of emotional distress. Casual relationships are hard if you develop feelings. That’s my disclaimer, now let’s explore a little more.

#1 Understand what you’re getting into from the start. Know your starting point in order to be able to handle this type of arrangement. That’s what it is, an arrangement that means you spend time with someone, with no promise of an emotional attachment. Give yourself a good talking to and be firm in your knowledge that this is not the start of a big love affair. [Read: Why dating multiple people is actually really healthy]

#2 Know yourself—can you handle this without developing feelings? If you’re someone who easily gets attached after sex or develops feelings quickly, this type of arrangement will end in tears. Rule number one for now to have a casual relationship without getting hurt is know yourself. If you’re sure you can handle it and feelings won’t come into the equation, go for it. If you’re not sure, approach with severe caution.

Make sure they’re being open and honest with you. Then do the same with them. Knowing the facts will be the basis of your journey into how to have a casual relationship without getting hurt in the end. [Read: Casual vs serious: What’s your current dating speed?]

#4 Ask yourself if you could handle seeing them with someone else? If you were out walking and you bumped into them with another person, how would you feel? Would it knock the air out of your lungs?

If you do see this, they’re not doing anything wrong because they haven’t made an exclusive commitment to you. Casual means exactly that no strings.

#5 Don’t allow them to become your world. Don’t cancel plans with your friends or family to see this person. If you start doing that, you make them an important part of your life. Feelings are developing or aren’t far behind. Casual means that you see them when you have nothing else to do, it doesn’t mean you make firm plans and cancel your life for them. The chances are they’re not going to be doing this for you either. [Read: How to know for sure if you can handle casual relationships]

#6 Don’t mix your circle of friends. Never introduce this person to your regular circle of friends, and make sure that you keep it all separate. If you start mixing your groups, things will get muddy and difficult when things eventually end. And they will at some point. By having a separate outlet, i.e. your social group, you avoid them becoming too important in your life.

#7 Always practice safe sex. Of course, it goes without saying that any sex you have with this person should be ultra-safe. STIs and pregnancy aren’t things that go well in casual relationships. These things tend to be life changing and that’s not the point of an arrangement such as this.

Put your health and your future first. Keep everything safe and protected. [Read: Pulling out is completely safe and other bad sex advice]

#8 Don’t think about milestones. If you start to think “oh, it’s three months since we met,” you’re entering rocky ground. Avoid typical relationship milestones and don’t allow them to enter your mind. Save these types of milestones for relationships that have a future, unions that mean something to you in the future.

It might sound cold, and it could be that you have a friendships with this person you’re being all casual with, but if you want to save your heart, be a little aloof and distant.

#9 Do not give it a label. This isn’t a relationship, so don’t call it one. I’m referring to it as a ‘casual relationship’ but I don’t mean it in the traditional sense. You’re not together, you’re not one half of a union. You’re not in a situation which has a ‘let’s see what happens.’ No, you’ve chosen to be in an arrangement that is super-casual. That’s all it is. [Read: 15 signs you’re more than friends with benefits and getting attached]

#10 Keep everything as light as possible. It’s not the best idea to talk to your casual buddy about emotional things or anything heavy going on in your life. If you do, you enter emotional territory which signals danger for your heart. Keep everything light and fun, and if you can do that, this arrangement might turn out to be a welcome distraction from the heavier things in life.

#11 Limit your meetings to a minimum. What your minimum is depends on you. It’s a good idea to limit how much you see this person, to avoid the feelings creep. A couple of times a week is certainly enough, but less if you can manage it.

Generally speaking, the more time you spend with someone, the more likely you develop an attachment on an emotional level. That’s not how to have a casual relationship without getting hurt! [Read: Learn how to set boundaries in dating]

#12 Know your limits and walk away if you start to feel. Be honest with yourself and know when it’s time to walk away. Most casual relationships are great for a time. Then they run out of steam naturally, or someone walks away because they develop feelings. It’s rare that a casual relationship becomes a great love affair. Not impossible, but a huge risk to hold onto that idea.

If you start to feel the bubble of emotion, do yourself a favor and quit while ahead.

Understanding how to have a casual relationship without getting hurt really comes down to knowing yourself and your limits. Be honest, open, and don’t hope for more than promised.

PREVIOUSHow to Date Online: 15 Tricks Successful Online Daters Always Use
NEXTHow to Handle the Annoying Wait When He Doesn’t Text Back for Days