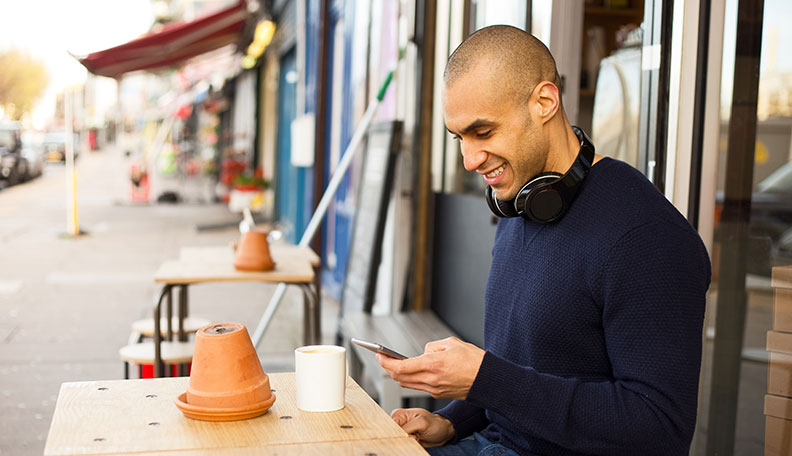 You’re firmly in the friend zone. Bad news. Plus point? There are ways out. Here is how to get out of the friend zone through texts only. It’s possible!

Being in the friend zone sucks. Seriously. It really sucks. But you’re not alone, and there are things to learn for how to get out of the friend zone through texts. No, really, it’s possible!

You had your eye on them and thought they liked you back. So, you started talking and believe you were getting somewhere. Suddenly, it seemed like you were moving backwards.

Now you’re not moving anywhere at all. You’re firmly stuck in the friend zone. Watching the one you have your eye on flirting their attention around elsewhere while filling you in on all the details.

Is there a worse situation in the early dating world?

[Read: 13 flirty ways to slide past the friend zone and back to the sexual zone]

What is the friend zone exactly?

You might be reading this and thinking “what on earth is she talking about?” Well, my friends, the friend zone is a place where no romance occurs. It’s a place where you’re confided in, trusted, given details, and considered fun to be around, but it never progresses to romance. You want it to move on and be thought of as more than the friend. You want to be an object of desire!

The person you have feelings for basically sees you as a friend and nothing more. They might tell you all about their dating exploits and ask your opinion, and you might end up watching them be with someone else while wishing it was you.

[Read: Here’s why you should never use the term friend zone]

Being in the friend zone is hard, especially if your feelings are deep. However, better a friend than nothing, right? And many relationships start off as friendships and progress to something more over time. Maybe this is just how your union is supposed to start.

The good news is that the friend zone isn’t some dark depth that can’t be escaped. It’s simply a pitstop, somewhere to rest along the way. Sure, it takes a little digging your way out of this zone, but it can be done.

How to get out of the friend zone through texts

It’s entirely possible to learn how to get out of the friend zone though texts, if you know the moves to make.

#1 Make your texts a little different. Have you ever thought that maybe you’re in the friend zone because the person you’re crushing on actually thought that’s all you wanted? Look at the way you interact with them carefully and identify whether or not you’ve put yourself in that zone. Maybe they don’t know you like them!

The best way around this, if you want to simply learn how to get out of the friend zone through texts only, change how you communicate. Stop with the self-deprecating remarks; instead, highlight your strong points. Don’t send plain texts, make them a tiny bit flirty. [Read: How to text flirt with a friend by starting slow]

Make them wonder whether or not you’re flirting or joking. It will confuse them to the point where they start to think of you in a slightly different light, because they’re not sure whether they’re now reading into things wrong.

The tables have turned! [Read: How to get your friend to like you more]

#2 Don’t respond as quickly as before. It could be that you’re answering texts and calls very quickly. Whenever your crush texts, you reply straightaway. Bad move. You must make them wonder where you are and what you’re doing. By making them wait, you create a sense of mystery.

In some cases, you’re friend zoned because they’re testing you out. They don’t want to see you with someone else, but they’re happy for you to see them flirting with others. It’s cruel, right? Well, dating is cruel sometimes.

Firstly, figure out whether that’s truly what’s going on. If so, show them you have a life! Make them wonder where you are! Do something else and then text them back. [Read: How to be mysterious without being too distant]

#3 Talk about your love life too. If they’re always talking about their romantic endeavors and subjecting you to the friend zone problems that hurt you so much, why not turn those tables even more? Make them confront their own possible feelings.

Okay, so we’re playing games here, but sometimes games should be played. Make it known that you’re going out on a date, but don’t give details. Don’t be available for texting before, during, or after, no matter how much you might want to. If they see you differently even slightly, if they’re friend zoning you but they have slight feelings, this is likely to make the jealous monster come out to play.

Now, this could swing either way, so I can’t be held responsible for what actually happens as a result. However, it is one way to learn how to get out of the friend zone through texts, albeit a drastic way!

#4 Just flirt up a storm! A little earlier I mentioned changing the language you use when texting, but if you’re being too subtle, it might be lost on them or seen as a joke. If nothing else is working, you’re 100% sure that you just can’t get out of the friend zone any other way, and you don’t want to be in that zone anymore, be obvious with your flirtation.

Sure, they might think you’re drunk the first time you do it, but persistence is key. However, be careful to not overkill it. Don’t be 100% flirtatious all the time. It can become a little annoying and likely to come over as a joke. Instead, make sure you drip feed a supply of flirtatious remarks, which cannot be taken any other way.

[Read: How to start text flirting with someone and intrigue them with the right words]

The good thing? Texting allows you to be a bit more confident in your flirting. You can think about what you’re going to say beforehand, and you don’t have to face them when you do it. It’s the perfect way to just go for it, without watching facial expressions!

To be honest, learning how to get out of the friend zone through texts alone is difficult. Texts can be taken a million different ways, but you use it to your advantage. If it goes completely wrong, if you send a few flirtatious remarks and they reply in a way which tells you that the friend zone is the only zone they want you to be in, you can completely deny you were flirting! That’s the beauty of texts, they can be misinterpreted. [Read: How to ask a friend out without risking the friendship]

However, if that is the case in reality, ask yourself whether it’s worth sticking around. If it hurts you to be an observer to their love life and not actually in it yourself, maybe it’s worth waving goodbye to this particular person and looking for someone who you don’t have to persuade to be in your life romantically.

When you think about it, why should you try and get out of a friend zone you never wanted to be in?

It’s about knowing what you want and weighing up the idea of having this person in your life or not.

[Read: Here’s exactly how to escape the friend zone]

Learning how to get out of the friend zone through texts is a tricky task. It does have some advantages though, so don’t lose heart.