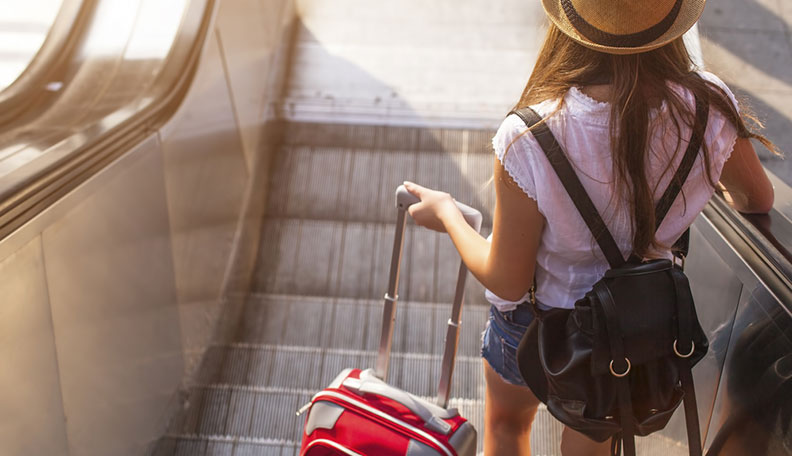 The end of any relationship is hard. But there are stages of a long term relationship breakup, and it’s vital to feel all of them.

This is totally normal. There is not one single person on the planet who has come to the end of a long term relationship and not felt a little emotionally broken. Love is powerful. It doesn’t always work out, and while that’s little consolation at the time, you will get through to the other side. Honestly, you will.

Before you reach that point of recovery, there are several stages of a long term relationship breakup, usually nine in total. For real recovery and to be in a healthy place at the end of it all, feel and immerse yourself in all of the stages. Only by doing so can you process what happened, accept it, and move on.

Don’t allow your past baggage to hamper any future relationships you embark upon. Of course, at this point you’ve probably sworn off love for good. Believe me, that will change. [Read: Letting go of someone you love without the bitterness]

The common stages of a long term relationship breakup

#1 Denial. This is the part where you won’t quite believe that what has happened is actually real. You’ll either bury your head in the sand and convince yourself that it’s just an argument. It will turn out all fine in the end, or you’ll go through your days in a dream-like state, refusing to accept it all.

You’re a long way from acceptance at this point, and there’s a lot of work to be done. In the denial stage, it’s vital that you do not call your ex. Put the phone down. Let it be. Let’s just imagine that perhaps it is just an argument and it does end up working itself out, perhaps time is all that’s needed.

I don’t want to give you false hope, because in most cases, when a breakup is final, it’s final. Time is required regardless of the situation. Grieve the end of the relationship, and to do that you need to steer clear of contact. [Read: 12 reasons why the no contact rule is the best way to move forward]

#2 Blame. At this point, you’ll likely start blaming both yourself and your ex. You’ll probably swing between both sides and blame them for everything they did and didn’t do. Then, you’ll start overanalyzing and thinking that perhaps you’re to blame because you didn’t do this, or you forgot to do that.

The bottom line is blaming yourself or blaming someone else isn’t going to change the outcome. Having said that, go through this as one of the stages of a long term relationship breakup, otherwise your recovery won’t be complete in the end.

The blame game can quickly swing between the next two stages we’re going to talk about, anger to extreme sadness. While in this second stage you’re likely to jump from one to the other and not really settle in either direction.

This is the stage when you’re really going to need support, so gather your friends and family around you. They will tell you that it’s not your fault, and whether or not it is, listen to them, because they mean well. [Read: The 10 quick pick-me-ups for the recently broken hearted]

#3 Anger. This is the stage in which everyone needs to watch out! You’re now angry. Your denial and your blame has turned to anger, and you’re seething. How could they do this? How could they walk away so easily? What has gotten into them? You’re raging, and you’re feeling hard.

Believe it or not, this is actually a good sign. This is one of the stages of a long term relationship breakup which actually shows progress. When you become angry, you’re processing your emotions. It might not be pretty to watch, and you might end up shouting at people for no specific reason, but at least you’re getting somewhere! [Confession: My 9 year love and the pain of ending the long term romance]

#4 Sadness. The anger will eventually subside and you’ll then start to feel sad. Very, very sad. Again, it won’t feel like a positive, but you’re starting to make extra progress by this point. You’re starting to head towards the point of acceptance, because you’ve basically addressed the issue of it being over. You’re sad about it, of course you are, but you have to feel it.

Again, gather your support network around you and if you want to eat those gallons of ice cream, go for it. This is one of the rare occasions in life when you’re allowed to eat whatever the hell you like without judgement! [Read: How to end a relationship on good terms without any bitterness and drama]

#5 Social media stalking. Ah, the stage where we lose our sense of pride and focus our efforts on  social media stalking. It’s not pretty, but it’s very likely to be a stage you experience. You might have already sunk to these depths, but by this stage you’re really into it. You’ll look at what they’re doing and one up them.

You’ll post things on your social media that makes it look like you’re totally over them, you’re loving life and you’re getting out and about. Of course, the reality is you’re home in your pajamas. Maybe you haven’t had a shower in two days, but they don’t know that.

This stage often leads to feelings of jealousy, because you’re seeing things on their page which you overanalyze. You’re also probably going to get little competitive, trying to make it look like you’re doing better than they are. The truth? It doesn’t matter who is further forward in the recovery process. It’s a personal deal. [Read: 8 most common post-breakup mistakes you should never do]

#6 Numbness. Now you feel nothing. Absolutely nothing. You feel empty, down, low. It’s not sadness, it’s just nothing. It’s a strange feeling, and it’s neither good or bad. You might be glad of the numbness if your anger and sadness were extreme, but feeling nothing isn’t a positive thing. Thankfully, this is one of the stages of a long term relationship breakup which doesn’t last long.

#7 A sense of acceptance. You’re almost there, so hold on! By this point, you’ve basically accepted that it’s over. It hurts, it feels like a wound that hasn’t quite healed, perhaps a little itchy. You’re over the idea of it righting itself and you know it’s over for good.

This is a good thing. It means you’re ready for what the future will bring towards you. While you might still be vowing never to love again, the fact you’ve accepted the end of the relationship means that you’re not beating yourself up with ‘what ifs’ and ‘maybes’ anymore either. [Read: 10 reasons why you sometimes feel relieved after breaking up]

#8 Looking forward. After a short while you’ll start to feel this twinge of something you can’t quite put your finger on. It’s not total happiness, but something akin to it. There is a little positivity creeping back in, and it’s hope for the future.

It’s about considering opportunities and knowing that your life isn’t over for good, and you’re not going to die alone. The tables have turned. You’re back to being your wonderful self.

#9 Moving on. You know you’ve completed all nine stages of a long term relationship breakup when you finally move on. Maybe you are attracted to someone else and want to ask them out or go on a date. You’ve done it! You’ve overcome your breakup and healthily come out of it a stronger and more positive person. Well done!

[Read: How to feel whole again after your long term relationship fell apart]

These 9 stages of a long term relationship breakup are hard but necessary for a healthy healing process. While you might not experience them in the exact same order, all of them will come to you at some point.

PREVIOUSSomething Is Off in Your Relationship? How to Read the Right Signs
NEXTWhen You Truly Love Someone: Would You Really Do Anything for Them?