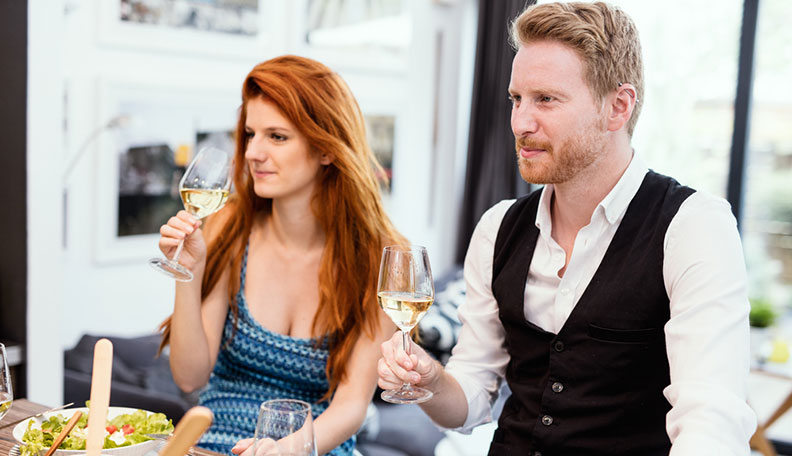 Feeling anxious because something is off in your relationship? You can’t quite put your finger on it, but something isn’t quite right? Don’t panic!

You’re reading this article for one reason and one reason only. You’ve felt something is off in your relationship. Your mind is a hamster wheel, thinking about the million things that could be wrong. Let me guess the number one thought in your mind—your partner is cheating on you.

I’m going to reassure you right now, because that thought is not a fast-track towards happiness. It’s highly unlikely that the reason your partner is acting slightly differently is because they are cheating. There, feel better now?

Of course, they might be, but they’re probably not.

When you feel like something is a little ‘off’, ask yourself one very important question. Is it really ‘off’ or do I just think it is? Yes, ladies and gentlemen, time to get a little deep and meaningful! [Read: How to stop being so clingy so they won’t up and leave you]

What exactly does something’s ‘off’ mean?

When something is off in your relationship, it means that you’re picking up a vibe that things aren’t quite right. Something has shifted or changed.

At this point, pinpoint what it is that has changed. Are you really sure something is different, or do you just feel a little insecure and you’re overanalyzing every single thing your partner does? Don’t feel bad, I do this all the time.

Are they acting distant? Are they less available for dates than they usually are? Do they not seem to want sex as often? Do they seem unhappy? What exactly is it that you’re picking up? Make sure you’re clear in your mind, because at this point it can be extremely easy to overanalyze, and therefore, overthink. Before you know it, you’re on that hamster wheel again. [Read: What it feels like to have anxiety in a relationship]

Deciphering what the distance means

For argument’s sake, let’s suggest that your partner is acting a little distant.

Now, ask yourself what distant means. Perhaps they’re not as chatty as normal, they’re working a lot more than normal, they’re not opening up to you as much as they have in the past. It’s fine to be a little concerned about these things, but you should also consider the bigger picture. Is there a good reason for this? Are they stressed with work? Are they feeling a little under the weather health-wise? Do they have a personal issue going on?

Whatever it is, keep in mind that it’s not definitely about you.

Another example could be that your partner is acting shifty. This could mean that they are dodging dates, they don’t text as much as they normally would, yet they’re always on their phone. In this case, you’re certainly going to jump to cheating conclusion. Is this always the case? No!

Perhaps they’ve got a big project on at work and they’re just really busy. Okay, you need to pull them up on the not texting issue, but everyone makes mistakes. As relationships progress, sometimes we slack a little in the communication department.

What I’m trying to say is don’t automatically jump to the worst case scenario. [Read: 15 common reasons why you’re getting bored with your relationship]

If something is off in your relationship, what should you do?

I had a friend going through this very situation. She was so sure that her partner was cheating on her, simply because they were a little quieter than normal, not quite so attentive, and just seemed distracted, while always being on their phone. It’s easy to jump to that conclusion, but it’s important to realize that it could be something very different indeed.

My friend didn’t want to listen to that advice. Instead she decided to look through her partner’s phone while they were in the bathroom.

No. They were trying to plan an engagement surprise and had been panicking about how to do it in a special way.

She felt bad, as you can imagine.

The thing is, it’s normal to think the worst because as humans we’re hard-wired to jump to the negative first and foremost, but it’s vital to realize that positives are also a possibility. Negatives makes us unhappy, so why focus on those first? My advice is to open your mind and consider the other alternatives, but the only way you’re going to know for sure is to have a conversation. [Read: How to be more positive and increase the quality of your life]

The idea of talking about it all might fill you with the shivers, and not in a good way, but communication within a relationship is so important. How you have this conversation however is just as important. Don’t jump straight in there with accusations, ‘are you cheating on me? You seem so distant, why are you always on your phone?’

That is just going to cause an argument and it’s probably not at all what you’re thinking. In that case, you’re going to have the ‘you don’t trust me’ conversation, and who knows where that will lead?

It’s far better to act like the concerned party here when you feel like something is off in your relationship. When you’re both watching TV after dinner, or in a similar casual situation, just throw it out there in an equally casual manner. Something like ‘I don’t want to pry, but you just seem really quiet lately, is there something on your mind?’

That is a far better option than ‘we need to talk about the state of our relationship’. Serious chats, with an undercurrent of blame will only lead to confrontation, and in this case it could turn that ‘something is off’ to your relationship being off completely.

Hopefully your partner will then simply shrug their shoulders and say that they’re sorry if you think they’ve been distant, they’re just stressed with work, or something similar. Of course, they might also say nothing is wrong, and in that case you’re back to square one.

If that does happen and you’re getting yourself more and more wound up by the situation, you can take it a step further. Say something like ‘Well, I’m here if you want to talk about something. I just want our relationship to be how it used to be, and I’m not really feeling that at the moment.’ Leave it at that.

Do not push it any further. You’re at your limit with this comment. It’s reassured them that you’re there for them, but it’s made it clear that you’ve noticed a shift. Walk away now and see what happens. [Read: 10 communication techniques to get them to open up to you]

Life is full of ups and downs

Remember that life is full of ups and downs, and we sometimes feel a little down for no reason, and then up for equally no reason. Work can be stressful, health can be a little problematic occasionally, we have family problems, we have arguments with friends, and sometimes even the weather can make us feel funky.

All of this can impact on the way we interact with those closest to us. It’s not always something to worry about. If it is bothering you, a casual conversation will give you more information and help you move forward.

[Read: How to set boundaries in your relationship for a healthy love]

If you’re feeling like something is off in your relationship, don’t panic. Chill out, communicate, and see where it goes.