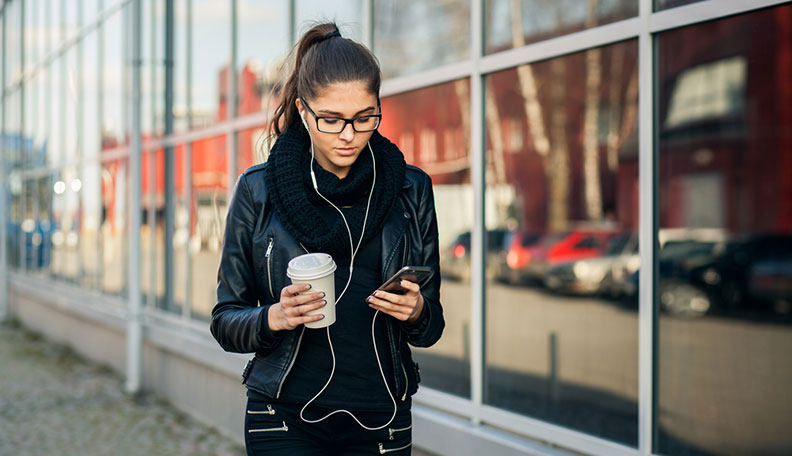 If you have ever found yourself asking the question, why do guys come back when you ignore them, you are not alone. So, let’s figure it out.

It seems as though answering the question, “why do guys come back when you ignore them,” is something that has plagued the female existence since the beginning of time.

We all know the appeal of playing hard to get. Everyone wants what they can’t have, but is that really all it is? Is it all a mind game?

Do guys just want to prove something? [Read: Why playing hard to get with a guy is pointless]

The frustration of guys coming back when you ignore them

Whether you are ignoring a guy purposefully, playing hard to get, or just are moving on and happy, they just have a way to sneak back into your life or your DMs as soon as you’re not thinking about them.

This is not just mildly frustrating, but infuriating. You deserve a guy willing to appreciate your attention and give you back that attention. But, the chase is just as popular as ever.

Think about it. When you go on a date and the guy calls or texts you right after, it is sweet. But if he doesn’t reach out for a day or so, you think about him. You wonder why it is taking so long to hear from him. Then when he does reach out, it is that much more exciting because you’ve been anticipating it so much.

Rather than talking to a guy with an equal playing field, they prefer for you to be disinterested or at least neutral. They need to prove something to themselves and perhaps others.

[Read: Is he playing hard to get or is he not into you?]

If they can get a girl that wasn’t interested from the start, it is more impressive I suppose. It would seem that having a girl just like them is too easy and doesn’t inflate their egos enough.

It is probably a bit of all of these, plus some more. Guys are not as simple as they would like for us to think. They are complicated. They play mind games and a lot of them are not that mature. But, let’s fully dissect the reasons why guys come back when you ignore them. [Read: Why haunting someone is so much worse than ghosting]

Why do guys come back when you ignore them?

Guys are funny creatures, aren’t they? They call each other bro. They wear clothes that don’t match. And for some reason, they love to come back when you ignore them.

Is ignoring a guy the equivalent to teasing the boy you liked in grade school? Do they see it as a form of modern-day flirting? Let’s hope not, but why then?

#1 It is human nature. It sucks but it is true. It is human nature to crave what was taken from you. Have you ever lost a shirt you haven’t worn in ages? You may not even have noticed it was gone for weeks. It isn’t something you particularly cared about, but now that you don’t have it, you want it back.

It is that simple. But, it is also irrational. When a guy is ignored, he lost his access to you. Whether he was keen on talking to you at the time or not, when you take that access away from him, he wants it back. [Read: Why men love and chase and how to use it in your favor]

#2 There is no closure. He wants to know why you ignored him. People thrive off of incomplete projects. Not all people, but then again not all guys like being ignored. But, think about last time you were ghosted. Doesn’t not knowing why eat away at you?

It takes so much longer to get over being ghosted than a crystal clear breakup. The not knowing why you ignore him is eating at him, and he reaches out to find out. He needs to complete this story and on his terms. [Read: The psychology of ignoring someone: Why we do it]

#3 The attraction of mystery. This is the plot of nearly every rom-com. Say a guy and a girl are friends and are perfect for each other. For some reason, the guy just can’t see that this girl is ideal for him. Instead, he is drawn to the girl he doesn’t know anything about.

When you don’t know what someone is thinking, you can make up whatever you want. So when a guy no longer knows what you’re thinking he is attracted to that. There is a reason people love true crime and murder mysteries. Solving these mysteries is attractive.

#4 It is not as rewarding otherwise. Putting in the work makes the end result that much more attractive. Think about buying a cake at the grocery store. It is fine, but when you have made a cake from scratch, enjoying it is that much better because of the steps it took to get there.

If you told a guy you liked him after date one, he might be happy with that. But if you left things open for a while and made him work harder to get your attention he would feel like he accomplished more, making your company feel more rewarding. [Read: 15 moves to get a guy to chase you and fall real hard]

#5 The question of ease. When something is too easy, we question it. Have you ever dated someone and thought that they are too good to be true, and then a few weeks in, you find out they’re married. That’s what this is.

If you make things too easy and comfortable for a guy, he will question why. This is not something everyone does, but if he was fooled in the past, he probably can’t help it.

#6 It’s a competition. It is all about winning. Whether playing hard to get or you just don’t like him, he feels like he lost if you are the one ignoring him. Think about The Bachelorette. Do all 30 guys really like this one woman right off the bat? Or are they thrown into a competitive environment and feel the need to win?

If you cut off contact with him, he lost. If he is a sore loser, he will come back until he can end it on his terms, therefore, becoming the winner. [Read: How to beat a narcissist and win over their manipulation]

#7 A fear of neediness. Guys have this weird fear of needy women. They also have this thing where they jump to conclusions. If you tell them you like them and want to see them again, they may assume you want to be official and meet his family.

If you reach out to him regularly, he may twist regular interest into neediness. For guys afraid of commitment or are sexist, even a bit of interest is considered as too much, so if someone ignores them they feel like they aren’t needed but can come and go as they like. [Read: 16 types of guys you shouldn’t bother dating]

#8 Jealousy. Good old jealousy is at it again. If you ignore a guy, he may automatically think that if you aren’t talking to him that you are talking to another guy. Whether you post a thirst trap, comment on another guy’s Instagram, or just go off the radar, jealousy will eat away at him until he hears from you.

If you like a guy, you should be able to tell him and not have him freak out. That is what a mature and honest relationship is all about. If a guy is thriving off the chase for any of these reasons, he probably isn’t ready for something even remotely serious.

[Read: The 15 signs he’s ready for a relationship and the subtle hints he’s not]

I hope I answered the question, why do guys come back when you ignore them. Even if it is just so you can sleep better at night knowing you ignored an immature boy. There are plenty of worthy men out there waiting for open communication.