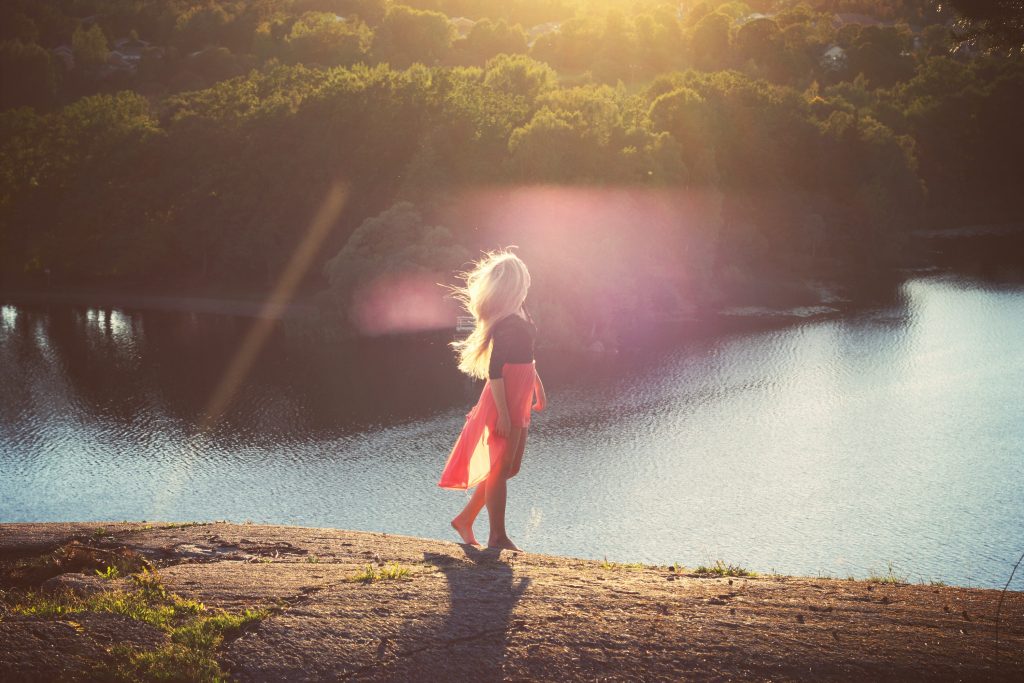 Why should you believe me when I tell you how to survive a broken heart?

Unfortunately, I’ve had it broken at least five or six times now. I’ve cried and cried for more days than I can count. After one boyfriend broke up with me I sat on the floor with a pillow on my lap listening to Whitney Houston’s “I have nothing if I don’t have you” for five days straight. All day. Every Day. I don’t think I even got up to pee. It was bad.

My second boyfriend of two years broke up with me while I was studying for the California Bar Exam. I guess he couldn’t wait either.

My husband never actually broke up with me. First, he asked me to move out of the apartment I was paying for and move in with my mother and then he kept me around for as long as it was convenient and comfortable for him until eventually I asked for a divorce.

After my divorce I fell madly in love with a married man. Big mistake. I spent two years obsessing over a man I could never have. I thought he would get a divorce and we would find a way to be together. I was wrong.

After him came the emotionally avoidant distancer who would never 100% commit to me. He ended things after two and a half years the weekend before I was supposed to come stay with him after he had moved to a new town. I thought it would be a new start. Instead, it was an ending.

So, that’s five major heartbreaks (not including those little disappointments along the way). Despite all of this I’ve moved on and I’m planning to avoid number six by doing the best I can to change old relationship patterns with my current guy.

What I know is this: Having a broken heart sucks. Having someone break-up with you or end things or just disappear makes it ten times worse because you feel completely rejected and downtrodden. Rejection makes you wonder if there is something wrong with you or if you could have or should have done something differently to get that person to stay and love you.

What I also know is that sometimes things don’t work out and there can be a million reasons why none of them which have to do with you. Circumstances, timing, family issues, distance, money, lack of communication or incompatibility or just a few of the reasons.

I also know that although it doesn’t feel like it now- You Will Survive. You can and will survive having your heart broken and given time and some soul searching you will find love again. I know. I have, and I did.

There are some behaviors that push people away, including insecurity, drug or alcohol abuse, constant negativity, emotional abuse, cheating, excessive neediness or wanting too much control, but unless you were exhibiting these behaviors on a regular basis it isn’t your fault.

Some couples aren’t meant to be no matter how much they love each other. Don’t think someone else won’t love you or think you’re the greatest thing next to sliced bread (although I never really understood this saying. Was sliced bread such an amazing invention at the time?).

2. Don’t Wallow in Self Pity

Take some time to cry and feel the way you are feeling. Mourn the loss of the person that was once everything in your life but is now gone. Feel sad that the relationship you thought would last forever no longer exists.

I’m not sure I would place a limit on the number of days you can feel sorry for yourself, but it really shouldn’t extend more than 30 days. If you’re still crying and not leaving the house after a month, it’s time for some therapy.

Don’t focus on what you’ve lost because you haven’t lost anything. You’ve gained your freedom and you’ve gain insight into what doesn’t work. Don’t focus on feeling like you’ll never find anyone else because that’s just not true. You are enough just the way you are and if the person you’re with doesn’t see that then you deserve someone who does.

When a relationship ends it means something wasn’t working right. If you had a car that kept breaking down wouldn’t you want to get to the source of the problem and try to fix it? A relationship is the same. Do a little soul searching and think about what didn’t work and why. What was your part in the failure? Were there things you could have done better?

Did you party or work too much and neglect the relationship? Did you make him the focus of your life? Did you take her for granted? Women need to learn to use “I feel” statements instead of “I think”. Men need to learn to listen better and appreciate more.

Soul searching is great for moving on. Don’t blame yourself, but, take an honest inventory of the problems you had and whether you need to do anything differently in the future to avoid another break up.

Take some time for yourself. Don’t run out and start dating again searching for someone else to fill up your empty heart. Do things you like to do. Run, bike, get a massage, write, read, make some pottery, hit the batting cages, go out with friends and get really drunk or take up boxing (punching something really hard when you’re upset is totally liberating).

Ask your friends what they like about you and write down a list of your good qualities. Remember to value yourself outside of being a couple. If you stopped doing anything you loved to do then start doing it again.

Take a trip and explore or have some new adventures. Take a walk on the beach every day or get a new pet. Do things that make you feel good. Do things that allow you the freedom to experience gratitude for what you have, even if you have very little.

Process your emotions and work through them. Don’t get stuck in a loop of misery. Let the feelings go because holding onto the won’t change the truth. If that person isn’t in your life there’s a reason and holding on to them or the idea of them is only going to cause you more pain.

Every time one of my relationships ended I thought I was never going to get over it. I thought that guy was the guy for me and I thought I wouldn’t find love again. But, over time I came to see each of my ex-partners in a different light. Space and time does that. I realize now that they were right for me at the time but once I learned my lesson our time was over and that’s the way life is.

None of that happened overnight. It takes time. I know it doesn’t feel like it now, but you will survive your broken heart. You will be okay. You will find love again.

PREVIOUSHow to Tell When a Man Is Emotionally Attached and Connected to You
NEXTWhy Do Guys Come Back When You Ignore Them? The Mind Games of Men