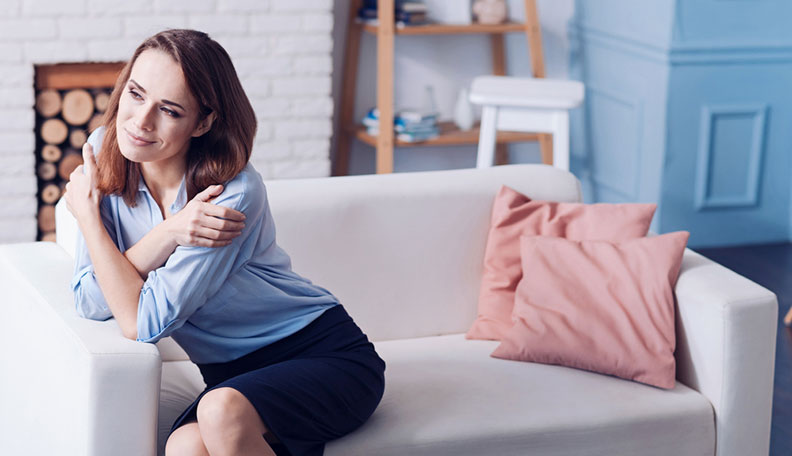 If you’re an empath, you understand the struggle. Being an empath in a relationship can be amazing… but it can also be really hard. Here’s why.

Relationships are hard as it is. That’s just the way they work. Two people figuring out life together isn’t easy and being an empath in a relationship is even harder. You have a lot more to deal with and a lot more to learn as you both grow together.

What is an empath?

This can be a very confusing term. You probably think of empathy when seeing this and it’s very much the same thing. Empathy is the ability to put yourself in someone else’s shoes and feel what they do as if you were going through the same thing.

That’s pretty standard. But an empath is someone who can actually feel what someone else does. They feel for them so strongly it’s like they pick up on their emotions.

And that means if you’re an empath, relationships can be quite the problem if there are negative emotions swirling around them. It can also be confusing because the more excited your partner is, the more you will be. But determining if you’re truly feeling those things can be hard. [Read: 7 reasons why empathy is so important in a relationship]

As difficult as it may be to deal with having such strong empathy, you have an advantage, really. Most people who struggle in relationships don’t have enough of it. You just happen to have a bit more than is necessary. Although you can’t control it, having this much empathy is both a blessing and a curse.

It’s a blessing in disguise

You may be wondering how something like this can be a good thing. If you’re an empath, you know the difficulties of always taking on someone else’s emotions. But these are the few great parts.

#1 Arguments are more effective. Instead of just yelling for the sake of yelling, you fight with a reason. You know how they’re feeling and that gives you a better way to argue. You can relate to them.

That means when you argue, the outcome is a lot better. You actually accomplish something instead of just getting angry and then moving on. [Read: How to deal with arguments in a relationship]

That means you can avoid upsetting them. They can walk in the door and within a few minutes you can tell how their day went and that’ll allow you to better approach them and figure out what to say.

#3 You bond closer to your partner. Because you know just how they feel, you bond closer. You two can talk about more meaningful things because you just get them. This allows for a closer, more intimate relationship and those are always the best kinds.

#4 The happy moments are even better. It’s not just your happiness you’re feeling. The happier they are, the more you can feel it. And that means that those special moments between you two become even better.

You can really feel their happiness radiating off of them and, in most cases, mirroring your own. Knowing they feel just as great as you can make it all the more special. [Read: What is pillow talk and how to make it better?]

#5 You have a deep understanding of your significant other. This is really the ultimate reason being an empath in a relationship is a great thing. You just get them. Most people search for so long to find someone like this.

They just want someone who really understands them. That’s you. It helps you feel more secure in your relationship knowing you are what they’ve been searching for. You get them on a level very few would ever have the chance to.

How it’s a curse at times

Not all good things can be purely good. Being an empath in a relationship isn’t always easy and this is why it can be a pain.

#1 You pick up on EVERY emotion. That means you won’t always just feel the good things. When they get crabby, you’ll feel that residual crankiness in yourself. It’s not just that you feel what they feel but you ADOPT the same emotions.

So this can make for a miserable time if your partner isn’t that happy. You’ll end up feeling the same way and it can turn a sweet day into a sour one really fast. [Read: How having empathy can forge emotional connections]

#2 You can’t control it. It’s not like there’s a switch you can just turn on. That’s not how being an empath works. You don’t get to decide to feel what they are one minute and then not to feel it the next.

It’s always on. Even when you want to shut it off and ignore how they’re feeling, you can’t. That means you’ll end up feeling stuff you’d rather not at times.

#3 You know when you’re being lied to. A great thing about being an empath is that you’re great at telling if someone is lying. But this is also a horrible thing. Sometimes it’s best to not know when your significant other is spewing bullshit your way. But you’ll always know and it can lead to issues.

#4 It’s hard to differentiate between your emotions and theirs. This is one of the biggest problems empaths face. You’re being pumped full of your partner’s emotions so much you might not be able to tell which are actually yours.

Are you mad because of a reason or is it just because they are? Do you really feel all that happy about a situation or is it just their excitement rubbing off on you? You have to be able to separate your own feelings and theirs but that’s really hard to do. [Read: Why men often act like they don’t care]

#5 You tend to close yourself off. And this is just to protect your own emotions. Being an empath is about taking on other emotions and that leaves very little room to express your own.

You internally analyze how you feel but you don’t often show that. Most empaths don’t like to show people just how much they can pick up on other’s emotions. But being closed off can prevent you from really being yourself and being free.

[Read: How to be less empathetic and detach yourself for a better life]

Being an empath in a relationship is overall a great thing. There are a few difficulties but the benefits of being able to relate so well to someone else are more than worth it.