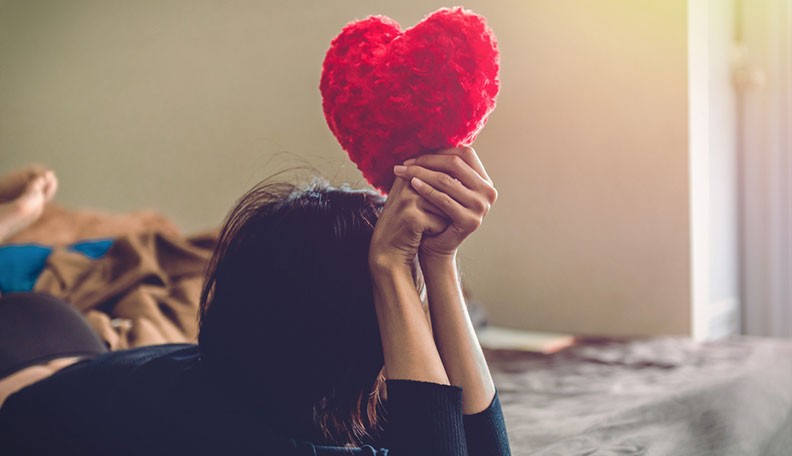 It’s really hard to sit there and do nothing when you miss your boyfriend. Being able to connect in some way is better than basking in your misery.

For whatever reason, you can’t be with your man all the time. Maybe you have a long distance relationship or maybe you just have conflicting schedules and can’t get together as much. Knowing what to do when you miss your boyfriend but can’t actually reach him can keep you satiated until you can.

Freaking out and going nuts with desire for him just isn’t an option. But sometimes that need to see or talk to him gets to be too much. As someone who has been in a long distance relationship, I get it. That being said, there are ways to get through it with ease.

Missing your significant other is a normal part of a relationship

You can’t be together 24/7. Not only is that unhealthy, but any couple spending that much time together would get sick of each other. You have to be able to spend time apart even when you’re in a relationship.

Maintaining your own life also helps make the relationship stronger. As hard as it can feel to spend time apart, knowing that it’s essential to having a long-lasting relationship can make it at least a little easier. [Read: 17 ways to know if someone misses you or not]

What to do when you miss your boyfriend desperately

I get that it can be difficult. You want nothing more than to talk and even see your man. That feeling doesn’t really go away until you’ve found a way to satiate it, either. Here are a few ways you can feel better about missing your boyfriend.

#1 Look at old pictures. You probably have tons of pictures of the two of you. Looking at them can make you feel a lot better about missing him. Remembering all those times you’ve spent together can help bring them to life again and you’ll feel as if he’s right there with you.

#2 Reread old conversations. I know you’ve taken screenshots of cute things he’s said in the past. Open up those pictures and take a look. Better yet, open your messages and just reread everyday conversations. You’ll feel as though you’re talking to him again and it’ll ease some of that heartache. [Read: 40 cute texts to make him smile and miss you more]

#3 Send him a silly picture to look at when he can. Sometimes just reaching out and sending him something he can look at later can make you feel better. You won’t exactly be scratching an itch to talk to him, but imagining how happy he’ll be to see your face pop up on his phone can be enough for now.

#4 Let him know you’re missing him. When you miss your boyfriend, just send a quick message about how much you wish you could see him. You never want to do this repeatedly, though. That could be a bit annoying for him. But if you can, just tell him you miss him and talking to him that way can help you feel better.

#5 Smell some of his old cologne. If you really want to imagine that he’s right there with you, spray some of his cologne he always wears. Having that scent near you can ease some of the pain you’re feeling. However, it could also make you miss him more so try it out to see how it works.

#6 Wear his clothes. I know you have a sweatshirt or even a bunch of t-shirts of his. Throw them on. Wearing our significant other’s clothes is a way of showing how much we like them. For whatever reason, it comforts us knowing that a part of them is so close to us. [Read: 18 turn-ons that’ll arouse your man instantly]

#7 Watch his favorite movie. Now, you might not like the movie all that much but you know he loves it. It can make you feel close to him, in a way. So pop it on and watch it for a while. Understand why it is he loves it so much.

#8 Peruse his social media. We put so much of ourselves online nowadays. He has pictures and statuses that give you insight to what his life was like when he posted them. So take a look at them when you miss your boyfriend. Think back on all the times he told you about that stuff and you’ll miss him less.

#9 Close your eyes and imagine him there. This is really the best way to make yourself feel better. Just picture him there with you. You can even do this as you go to sleep and it might help you dream about him. Having him with you, even in a dream, is better than being awake without him. [Read: 7 ways to trick your mind into dreaming about what you want]

#10 Plan what you’ll do when you can talk to and see him. Instead of dwelling on how much you miss him, formulate a plan for when you do get to see him again. Come up with date ideas and all the stuff you want to talk about. It’ll help pass the time, keep you distracted, and make you feel better.

#11 Write him a letter. You don’t necessarily have to send it, but it could be really fun to write him something. Talk about how you miss him and how you feel about him being so far away. Sometimes all you really need to do is let your feelings out in order to feel better.

#12 Work on some of your hobbies. It’s all about that distraction again. Diving into something you love can help you forget that you’re missing him. It’ll pass the time until you get to talk to and see him again. Plus, you’ll have fun doing it. The more fun you have without him, the easier it is to be without him. [Read: 14 ways to distract yourself and stop crying]

#13 Go hang out with friends. Once again, getting distracted is the best thing to do. But being with friends is little better than just doing something fun by yourself. You can actually talk to them. They can actively keep you busy in conversation so your thoughts won’t just keep wandering to your man.

#14 Go to his favorite restaurant. You two probably always go there together. Going somewhere like that where he loves the food and atmosphere can help you feel better about being so far from him. In a way, it’ll bring him to you since it’s such a big thing that he loves.

#15 Do something to pamper yourself. You miss him. You deserve something great because you have to go through those emotions. No matter your reasons for being apart, it’s still hard. Treat yourself to a spa day at home and just relax. The more you enjoy yourself, the less you’ll have to miss him.

[Read: How to make him miss you and call you more]

It’s never fun missing a significant other. Knowing what to do when you miss your boyfriend can help you get through that tough time until you get to be with him again.