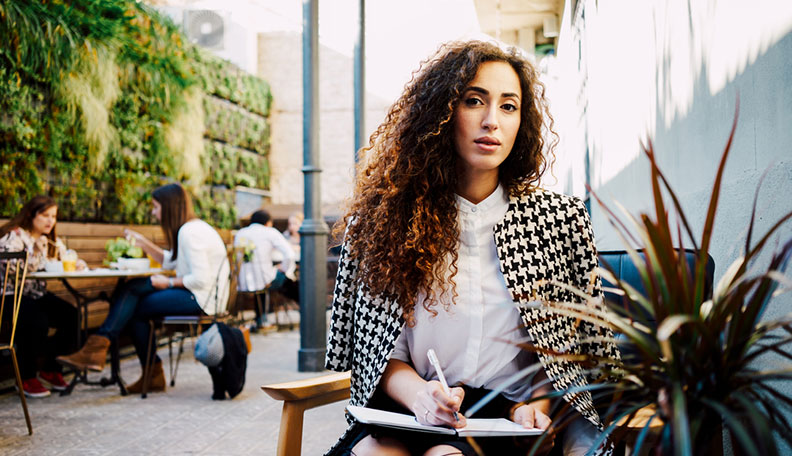 You may be head over heels for this girl, but when a girl says she needs space, what does that even mean? What are you supposed to do?

When a girl says she needs space, it can catch you off guard. What does that mean when you’re dating? And if that moment does come, you assume it’s your fault. You did something to piss her off, you made her run away. And sure, that could be the reason, but it’s not necessarily your fault.

Everyone loves differently, this doesn’t mean that what you did was wrong, it could just mean it wasn’t for her. So, before you go on some journey of self-discovery, wait a minute. Don’t pack your bag just yet.

When a girl says she needs space

Listen, as a woman, I can tell you every woman has their own reason for needing space. Yes, I know, we’re complex. But don’t take it so personally. Instead, figure out why she’s asking for some space and then form an opinion. [Read: When a woman pulls away – What she’s really trying to tell you]

It could be something you said or it could be because she’s feeling overwhelmed. If you truly want to find out, ask her. But until then, let’s look at the reasons why she needs space and what you need to do after she tells you this.

#1 She just needs some space. I know this sounds crazy but sometimes, it’s not even as complicated as you think it is. She could be overwhelmed with school, work or have personal issues at home. Taking the time to see you is just too much for her to handle. She’s feeling exhausted and frazzled.

This doesn’t mean she wants to dump you. It doesn’t mean you suck in the bedroom. It just means she needs some time to get things in order. If you know her life is hectic, this is probably the reason why. She’s trying to gain control of her life again. [Read: The 10 things men need to accept about women]

#2 She misses her life before you. Since she’s dated you, she hasn’t gone out with her girlfriends. She hasn’t gone dancing at the clubs, and it’s itching her. She just wants some time on her own to enjoy the things she loves doing.

Now, I’m not saying you’re controlling her, maybe you are, but she’s clearly feeling unable to do the things she used to do when she’s around you. The space she’s asking for is to spend time doing other things she likes.

#3 She’s tired of seeing you all the time. She sees you a lot. Yes, she loves spending time with you, but right now she’s sick of your face. It could be a build up of emotions or she’s irritated by something you did. When a girl says she needs space, sometimes she just wants a couple of days to hang around the house in her PJs without seeing your face. [Read: How to avoid being clingy and stop being a stage 5 clinger]

#4 She’s thinking about ending the relationship. Having sex with someone that you don’t want to be with anymore isn’t fun. Neither is spending time with him. Now, don’t jump right away to this conclusion. If this was the reason, there would have been clear signs prior to this decision. She’s taking space because she wants to think about the relationship and whether breaking it off is a good idea. [Read: Does your girlfriend want a break? All the real reasons why]

#5 Things aren’t changing. Maybe she’s asked you to help around the house thousands of times, yet you don’t do anything. She’s tired of you not changing your behavior. So, she’s asking for space. It looks like she’s doing everything she can to not breakup with you, but you’re not leaving her much choice.

Clearly, you know if you’ve changed your behavior or not. If you haven’t and the relationship has come to this point: do you even want to be with her?

6 things you do after she tells you she needs space

Regardless of the reason why she’s asking for space, give her the space she wants and deserves. But what do you do then? Well, this is what you do.

#1 Give her space. Don’t argue with her, don’t beg on your knees for her to stay. Grow up. She’s asking for space, so give her space. Take a couple of days off from talking. After that, slowly send her a text to feel out the situation. [Read: How to give space in a relationship and have a better romance]

#2 Spend time with friends and family. I know this sounds lame, but there’s no point sitting at home waiting for her to message you. She won’t be sending you texts right away. This is now your chance to spend time with the people you’ve ditched.

Sorry to be blunt, but I know that once you’re in a relationship everyone else falls through the cracks. Talk to your friends, try to see their point of view. Maybe they see something that you don’t. But, try not to dwell on the entire event.

Has something happened? Is there something that’s been building up over the past months or weeks? What are your weaknesses in the relationship? It’s the only way to draw some conclusion and see your role in all of this. [Read: How to love someone without smothering them]

#4 Talk to her. Eventually, you’ll sit down and talk with her. Now, this may be after a couple of days or even a couple of weeks. But the point is, you are now able to sit down and discuss what’s really going on. Talk about what you’ve been thinking about, your weaknesses, and the relationship as a whole. But most importantly, listen to what she has to say because she’s the one that took a break from you.

#5 No, this isn’t a hall pass. If you think this is your time to hook up with random chicks, you’re wrong. Unless she’s specifically told you that the relationship is on a break, then you’re technically still together.

Plus, this isn’t the time to be sleeping around. You’re supposed to be reflecting on the relationship, remember? But if you are hooking up, maybe the relationship wasn’t meant to last. [Read: The must-follow rules to follow when you’re on a relationship break]

#6 When you see her, don’t try to get in her pants. If you haven’t seen her for a couple of days or weeks, don’t jump on the opportunity to get into her pants. I get it, you’re feeling sex deprived, but you have a bigger problem on your hands. Your relationship.

This is the time where you’re supposed to talk to her, communicate your feelings, and work out a solution. Don’t be that guy.

[Read: How to give someone space without losing them]

Now that you have a clearer picture of why, you can figure out what to do when a girl says she needs space. Regardless, give her the space she needs.