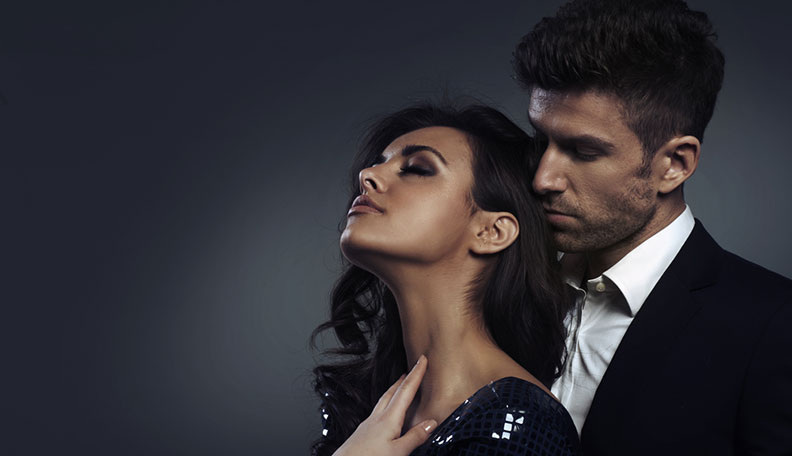 You want that moment where a man calls, confessing how much he missed you and wants you. Make this a reality by learning what makes a man miss a woman.

When I was a teenager, I watched a lot of chick flicks and wondered, what makes a man miss a woman? Trust me, you have no idea how long I waited for the moment a guy would come running back to me, confessing his love and the mistakes he made.

Naturally, it would end with me lost in a romantic kiss in the middle of a school dance or in front of my parents at the family reunion. Sadly, that never happened.

What makes a man miss a woman?

I did have a couple guys write me the pathetic “I miss u” text but nothing worth replying to. There were a couple of guys I wanted so badly. I wanted them to want me. Sound familiar? Now, you may have just broken up with your ex or have been thinking about some guy you dated years ago. What are you going to do? You want him to miss you, but you don’t know how to do it. [Read: How to make a guy miss and want you even if you screwed up]

Well, you’re going to try to see if there’s a way for him to rediscover you. It doesn’t matter who the guy is—an ex or a guy you’re flirting with, make him realize that you’re the one for him. But, with that being said, create the opportunity for him to realize his feelings for you.

He needs to feel that he misses you, that life without you isn’t worth it. If he misses you, it shows he cares about you and you’re an important person in his life. Plus, this also means you’re on his mind and that’s a very good thing. But remember, you aren’t together for a reason. So, think hard about whether or not this is someone you want to be with. It’s time to make him miss you.

#1 You can’t make them want you. You need to know this before anything. You cannot make them fall in love with you or miss you. You can create the opportunity for them to feel these emotions, but you can’t force them to feel this. If they don’t want to be with you, accept it, because it probably won’t change. [Read: How to tell if there is no chemistry and you should stop trying]

#2 Don’t try to get him back. This is another classic error that women make while trying to decipher what makes a man miss a woman. Rather than playing cool, you try too hard. You shouldn’t need to work for his love. Yes, the distance is killing you, but if you look like you’re trying to snatch him, he’ll run. [Read: How to make someone miss and desire you all the time]

#3 Stop calling and texting him. You cannot be chasing him if you’re wanting him to miss you. It’s our natural instinct to run after someone we feel we’re losing, but it never works. He’ll see this as a desperate and needy move which will only push him away. So, stop calling and texting him. I know it’s going to be hard, but he’ll have some time apart from you to think about you and how he feels without you.

#4 No game playing. Do you want to be an object that he won? No. You want to be someone he genuinely cares for, right? So, don’t play any games in an attempt for him to chase you. It is lame, and quite honestly, you’re not wanting him back for the right reasons.

#5 Go slow. Listen, there’s no magic formula to this and it may not work. Sorry to tell you that. But this is what also makes it a challenge. Every man is different, and you don’t know what’s going on in his head. No matter what, take it slow. Don’t try to rush to get him to miss you and want you back. Give him space and show him that the world isn’t about him. [Read: 15 ways to make a man chase you and fall really hard]

#6 Go easy on social media. Everyone knows when someone is trying to get the attention of a specific person. If you broke up with your partner and all of a sudden are posting hundreds of photos of you smiling on Instagram–it’s obvious. And this is even a bigger turn off. Act how you usually would and not in a way to get his attention. [Read: How social media will make you feel insecure]

#7 Spend time on yourself. This is a perfect opportunity to give yourself some much-needed attention. Spend this time seeing your friends, going out, traveling or visiting your family. Reconnect with yourself and everything will become more clear. Maybe you’re simply wasting your time on a man who doesn’t deserve you.

#8 Say no. Maybe giving him space is working and it looks like he wants to come back to you. If he asks you out, say no. You don’t have to say yes to everything he asks. If you’re busy that day, you’re busy. There’s nothing else to it. You need to show him he’s not your priority.

#9 Find a new guy. Listen, if you have to literally use tactics to get a guy back into your life, is he really worth it? If he really had feelings for you, he would have done something already. There’s a reason why you’re not together. Maybe he doesn’t see you as his first choice, and if that’s the case, he can find someone else. [Read: How to stop feeling sorry for yourself and move on]

#10 Space is key. I’ll say this again, one of the most important things you can do is give him space. In the end, space will make the heart grow fonder. Or maybe it won’t, but at least you didn’t look obsessive and needy. People need time on their own to think about their feelings and if you’re always there, they’re going to feel emotionally overwhelmed.

[Read: How to ignore a guy who is ignoring you and gain back your power]

At the end of the day, back off and give him space. From there, he’ll make the move he thinks is right. It’s one thing to wonder what makes a man miss a woman, but the really important question is – is he even worth it?

PREVIOUS15 Glaring Signs You’re Being Cheated On to Help You Know for Sure
NEXTHow Long Does a Crush Last? 10 Steps to Get Over Your Crush ASAP