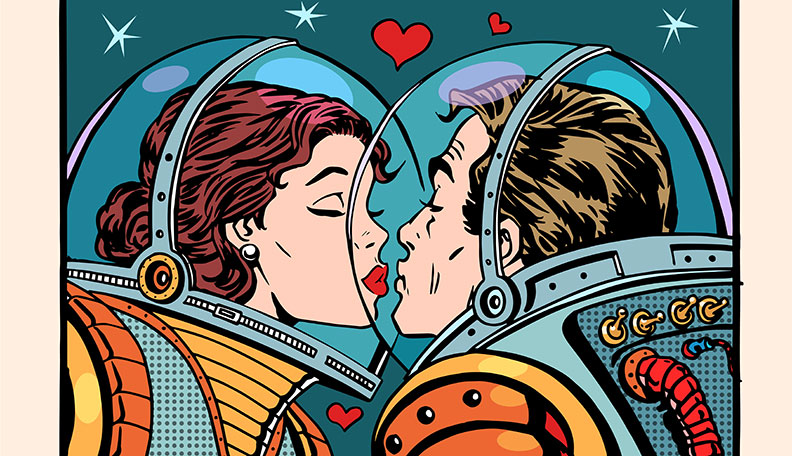 For some, travel isn’t all about getting from A to B. Prepare to have your eyes fully opened with answers to your question: what is the mile high club?

If you wonder, what is the mile high club, don’t get it confused with the airline miles and rewards. Travel is a wonderful thing, and we now have more opportunities than ever before to visit some of the most beautiful destinations on the planet.

When you board a plane, what are you thinking? Are you wondering whether you left the gas on at home? Are you panicking about how to find your hotel when you arrive at your destination? Or, are you looking forward to a snooze until you land at the other end?

Not everyone has these concerns, in fact there are far more people than you might realize who become a little, shall we say, excited at the thought of jetting off? This excitement isn’t about looking forward to two weeks on a beach, it’s about getting busy on the plane!

Yes, many people love to travel because it means they can enter the mile high club. Are you a member? Come on, be honest! [Read: 12 arousing sex fantasies you can try in real life]

What is the mile high club?

Despite the name, the mile high club isn’t an exclusive club which gives you discounts or benefits, it’s simply the slang name given for two people who have had sex at high altitude, e.g. while on the plane. Most likely in the toilets. However some people have attempted it in their seats, and probably got arrested for public indecency as a result!

There is no real understanding of why people suddenly get the urge to get busy while several thousand feet in the air. One possible reason is that the vibration of the plane in some cases can lead to arousal, especially for men. Whether you believe that or not is a personal decision. What’s more likely is people have heard about the mile high club and want to be members! [Read: 15 risky places to have sex and get your adrenaline racing]

Now, I should point out that you don’t get a medal, there are no secret meetings amongst the affiliated, and nobody gives you a pat on the back. In fact if you ask me, I would imagine it all to be rather stressful versus exciting!

Now, for the regular coach passenger, getting busy in an airplane toilet is difficult. Toilets are far smaller than they ever used to be. Maybe this is why we don’t hear about this rather sacred of clubs as much as you used to. Think about it, someone gets their foot stuck down the toilet, bangs their head, the door flies open. Seriously, how is this exciting?!

Is the mile high club against the law?

There is no actual law against having, ahem, ‘fun’, in an airline toilet. But there is a law against public indecency. If you have sex in public then yes, you can be arrested and charged. This is why most people tend to head to the toilets to stamp their entry into the mile high club legend. Otherwise, the police are likely to be waiting for the plane when it lands wherever you’re going.

Basically, there’s a difference between getting down to it in your airline seat, and heading to the toilets, with a lock on the door. That’s not to say that it’s welcomed. It’s certainly not, especially when there is a queue of people outside who are all dying to relieve themselves in a more regular way! How are you supposed to both get out of the toilet without it looking super obvious?

Okay, I get how you would get in. The old routine is that one partner goes to the toilet and waits. A few seconds later, the other one goes and knocks on the door, they are let in, and there you go, the fun starts. But, just for a second, what if someone else beats the partner to the queue?

What if someone gets in-between and there is one partner waiting breathlessly in the toilet, with a stranger outside thinking they’re simply waiting for someone to finish what they’re doing and get out? [Read: How to be good at sex – 17 moves that’ll make you the hottest lay]

What could go wrong?

As you can see, joining the mile high club is packed with things which could go wrong. Maybe that’s why so many people find it an attractive option. It’s exciting because of the thrill. I mean, whatever floats your boat, or flies your plane, but doing the walk of shame down the aisle of an aircraft in front of a plane load of strangers would certainly be awkward.

You’re unlikely to end up thrown in prison for having sex in an airline toilet, but if you attempt it in your seat and you’re caught, you could be looking at a public indecency charge. Not something you want to take home with you as a souvenir!

What is more likely to happen if you are caught, is that the airline may ban you from using their services again in the future. This is up to the specific airline, but they are well within their rights to stop you from booking flights with them, provided they can prove that they aren’t discriminating against you for other reasons, e.g. a disability you might have, or because of your age or gender.

Is the mile high club as popular as it used to be?

We used to hear about the legendary club constantly during the ‘80s and ‘90s, but these days not so much. Does that mean it’s not happening? Er, no! It simply means that it’s not considered as risqué as it used to be. Perhaps we’re not as easily shocked as we once were.

What is considered shocking in the ‘80s, is part and parcel of life these days. It could also be that people are a lot more sneaky about it than they ever were before! [Read: Do you have a sexual wish list? Some ideas to help you build your list]

The mile high club will always be around. Let’s face it, the allure for some people will never go away. It’s a personal deal whether or not it’s something you feel the need to do. For me, I think I would be far too terrified about getting caught to actually attempt it. I certainly wouldn’t enjoy it for that very reason.

Most airline staff aren’t on the lookout for people sneaking off to the toilets for this kind of fun, but that doesn’t mean that it won’t be reported if you are caught. To be honest, they’re far more concerned with health and safety.

[Read: 7 sexiest places you can ever have sex in]

So, now that you know what is the mile high club, have you joined? What did you think about it at the time? I’d be interested to know if you actually enjoyed it!