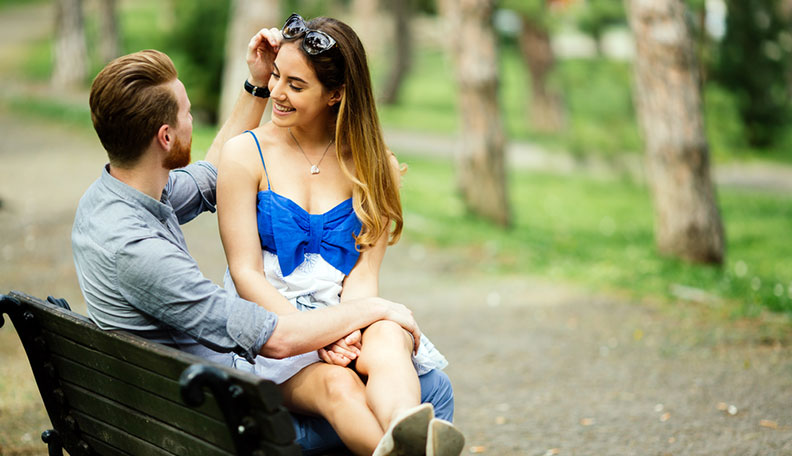 Your relationship will go through a lot of different stages even before you’re considered to be in a real relationship. Meaning, you might not be able to tell when you’re exclusive. But what does exclusive mean?

Being exclusive is a term used to describe when a couple decides to only ever date each other. They’re happy with one another and they don’t want to date anyone else. Basically, it’s becoming an official couple. Boyfriend and girlfriend. You’re now partners.

Being exclusive is a big deal

This is especially true if you’re someone who doesn’t typically get into serious relationships. Becoming exclusive is declaring your commitment for someone. You’re in it for the long haul. Your intentions are pure.

This can be a huge deal and that’s why it’s such a touchy subject for some. Those who have commitment issues find this word to be super scary. To them, becoming exclusive might be a much bigger deal than it is for you. [Read: 19 sure signs you’re in an exclusive relationship already]

What does exclusive mean and how do you know when you’re ready for it?

If you only want to date that person and nobody else, then you’re ready. But how do you know when it’s time to actually have the discussion? Because you might be ready way before they are.

And if you try to become exclusive with someone who’s really not ready, it could backfire on you. Here’s how to tell if your relationship is ready to be exclusive.

#1 You act like you are already. Basically, you two are already in an exclusive relationship. You don’t see other people and you don’t have the desire to, either. This is a major sign you’re both ready for the commitment. [Read: 14 signs to know if you’re just dating or in a relationship]

#2 You know you don’t want anyone else. If you’re certain you want to commit to that person, then you’re ready. The thing you have to consider is if they feel the same way. If you’re already acting like you’re in an exclusive relationship and they integrate you into their life, they probably feel the same.

#3 Your relationship is healthy. Are you both happy? If you’re treating each other well and things are going great and it’s been a couple months, you could very well be ready for an exclusive relationship.

#4 You’re excited by the idea of this relationship. Do you get pumped thinking about your future with this person? If so, you could be ready to be exclusive. Think long and hard about the future. Do you see yourself with that person happily? Having a clear image of a happy relationship together could be a sign you’re ready to commit.

#5 You get upset when you think about losing them. Think about the fact that you could lose that person and not be in a relationship with them. You could live a life without them, actually.

How does that make you feel? If you’re bummed and upset just thinking about it, that person is definitely important to you. So important that you’re probably ready for an exclusive relationship with them.

#6 You both complement one another. No, I don’t mean you both tell each other nice things. This is about your personalities meshing well together. Do your lifestyles fit one another’s? If so, it’s a great sign that you could be very happy together. [Read: How to tell if there’s serious chemistry between two people]

#7 Your friends like them. This is assuming they’ve met already. But if your friends really like them and that person is trying really hard to impress them, they clearly want you around. Making an effort to fit in your life is a huge deal. It shows their commitment already and proves they might be ready to be exclusive.

#8 You like their friends. If you’ve been integrated into their life and have met their friends, they have feelings for you. And if their friends have expressed how much they like you, then you’re in. Exclusivity is right around the corner.

#9 You don’t even consider advances by other people. Anyone who tries to hit on you just doesn’t matter. You don’t even think about it because you’re just not interested. That means you’re happy who you’re with and you’d be happy in an exclusive relationship with them. [Read: 8 ways to deal with an overly flirtatious coworker]

#10 You can solve problems together. This speaks a lot to your compatibility and how you’ll work together to get through tough times in the future.

If you’ve already had a fight and got through it pretty easily by communicating, you’re on the right track. Being able to solve problems as a couple is huge and if you’ve already done it, you’re ready to be exclusive.

#11 You’re satisfied in every area with them. That means in and out of the bedroom. Basically, if your sexual life and romantic life are satisfying to you, then you’re definitely ready to take the next step and be in a committed relationship. They already make you happy.

#12 You talk about the future already. If everything’s been going well, then you probably already talk about a future together. And if they’re discussing a future with you openly, then they’re definitely down for the idea of committing fully. [Read: 15 things to talk about in a happy relationship]

#13 You both have the same morals and values. This is a major thing to consider when dating anyone. If you’re going to be in a committed relationship with someone, you have to be on the same page with your values and morals. If you’re not, the relationship is only bound to be trouble.

#14 You maintain your own lives separate from each other. You can’t be with each other 24/7 and expect the relationship to work. Initially, you might want to spend a ton of time with them. However, being too dependent on them will only be unhealthy.

In order to tell if you’re ready to be exclusive, you have to have separate lives. You still have your friends and you still go out and do your own thing. This shows that you have trust and a healthy base for an exclusive relationship. [Read: 12 insightful lessons to help you have a better life]

[Read: How many dates before you can DTR and make it official?]

What does exclusive mean? If you’ve been wondering this and aren’t sure if you’re ready to take this leap with your significant other, these tips can help.