One night a year, kids, adults, and pets alike get a “sense of permission” to dress up without being judged. Halloween costumes for boys and girls are filled with gender-stereotypical get-ups, while women’s costumes are grown-up hypersexualized versions of what little girls wear (i.e., nurse, cop, or witch). With an array of options to choose from, what does our costume say about our personality?

A New Born Identity: The Mask

Halloween has been synonymous with the unknown; the masks and costumes allow us take on a new persona, and look, and appeal to others in a certain way. It’s a “night of permission giving” that permits us to take risks, or indulge in something we partially long for, or something taboo that we may find enjoyable, believes Dr. Gail Saltz, a psychiatrist and host of “The Power of Different” podcast.

“You’re not worried about being judged,” Saltz told Medical Daily. “You get attention you unconsciously or consciously want.”

On Reddit, user BruceRoark shared his experience about gaining instant confidence through wearing a mask.

He wrote: “When I went out alone to the bar that night I was completely free. Free from my usual shyness, free from my anxiety, and free from anything else that usually held me back from having a good time.”

Here, wearing a mask gave the wearer permission to act like the persona the mask portrays. April Masini, relationship and etiquette expert and author, believes when a mask is covering our face, it’s easier to be someone else while the mask is in place.

This feeling of a new sense of confidence is also observed when women wear makeup. In a 2015 study, women were asked to change up their makeup when going to class and going out with friends. At the beginning of the experiment, women were told to wear the makeup they would normally wear both to school and when going out with friends. Then, they swapped the makeup looks.

Through journaling, the women had to express exactly which products they used in each situation and how they felt about using them.

The findings revealed women felt more anxious when wearing “class” makeup. However, they felt more confident when they wore their “going out” makeup both to class and a party. Researchers believe the women felt most confident when wearing night makeup because they were distracted and not thinking about their appearance. They had time to plan their makeup, yet they also had the time to sit in class without worrying about their appearance. Here, focusing on their appearance early served as a buffer to their natural anxiety.

Similar to wearing a mask or a painted mask, “dressing up and taking on a different persona is a great way for people to work through behaviors and feelings that they’re not normally comfortable with,” said Masini.

Karen Pine, professor at the University of Hertfordshire and author of Mind What You Wear, attests that what we wear not only affects others perception of us, but how we feel about ourselves. In her research, Pine found when students were asked to put on a Superman t-shirt, it boosted their impression of themselves and made them feel physically stronger. The students rated themselves as more likeable and superior to other students.

Clothing can prime our mental processes and perceptions. There are cognitive, social, and emotional consequences of what we wear. In Pine’s book she reveals that when women are stressed they wear less of their wardrobe, neglecting 90 percent of it. Pine believes the main reason women dress up is not to look attractive but to feel confident.

The Evolution Of The Sexy Nurse

Many of us wonder about the origins of “Sexy Nurse” Halloween, or as Elizabeth Greer, author of the paper The Rise of Slut-o-ween calls it “slutoween.” She credits the rise of sexy costumes to stores selling both costumes and other Halloween items to attract a larger audience that have purchasing power, like adults. Pop culture has also acknowledged slutoween with the 2004 movie Mean Girls where Lindsay Lohan’s character notes: “Halloween is the one night of the year when you can dress like a slut and no other girls can say anything about it.”

Halloween has become sexualized over the last two decades, according to Masini. For example, even a witch is now a sexy witch; a cop a sexy cop; and a fireman a sexy fireman. Costumes act as a head’s up that we are going to behave in the way the costume would suggest.

So, when people choose to turn their costumes into sexy costumes, it’s because “they want to adopt a sexy and playful persona that they don’t show off during a normal day,” said Masini.

Why We Love Halloween

Halloween is a day that allows us to dress up and take on different personas. It gives us a space to work through behaviors and feelings that normally might make us uncomfortable. Dressing up for parties will often give us more confidence because of the costume, whether we wear a beautiful, little black dress, or a fairy tale character. It’s an opportunity to act beyond our normal tendencies and put on an act.

Moreover, Halloween is a party holiday that does not contain any trace of government or religion.

“It’s mostly about candy, bobbing for apples and parties where adults dress up and have fun acting like kids (who are adults),” said Masini.

Whether we’re dressed up as a Sexy Nurse or a Fortnite Brite Bomber, Saltz reminds us we should keep in mind the purpose of our costume – really frightened people or to be overtly sexy. If we don’t want a particular kind of attention affiliated with our costume, sometimes the stimulating response isn’t always under our control.

“You have to be prepared to know that and take care of yourself in a certain way” she said.

Effective Ways On How To Get Everything In Life

Feel Guilty All the Time? How to Find the Cause and Get Rid of It

If you feel guilty all the time, the chances are you’re not happy. Learn what…

Get Everything In Life (Special Report)
Download The Report Today!

CLICK HERE
Love is a deadly poison which is too sweet to spit out.. 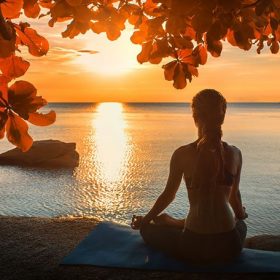 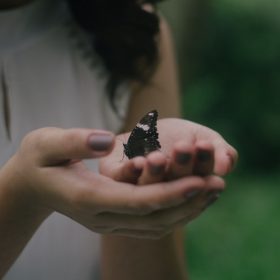 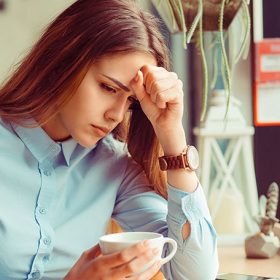