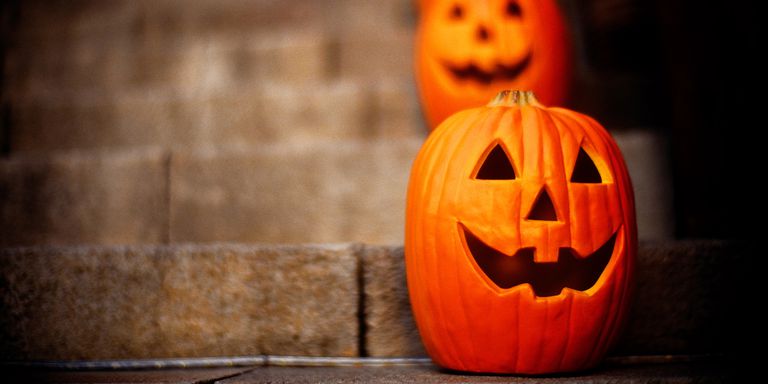 It’s one of America’s most beloved holidays, but Halloween didn’t get its start in the United States. Travel back in time with us (and we mean way back) to learn what some of the very first ghostly celebrations looked like. We can guarantee they didn’t include candy or superhero costumes. When you’re done, load up on even more Halloween trivia.

Most scholars agree Halloween as we know it started some 2,000 years ago, when Celtic people in Europe celebrated the end of the harvest and the start of a new year in a festival called Samhain. It was also a time of communing with otherworldly spirits, with big bonfires lit in honor of the dead, according to the The American Folklife Center.

When the Romans had conquered most Celtic territory by 43 A.D., they brought their own fall festivals with them, according to History. Their October celebration called Feralia also commemorated the passing of the dead.

Fast forward a few centuries, and even more changes arrive. Several Christian popes attempted to replace “pagan” holidays like Samhain with events of their own design. By 1000 A.D., All Souls’ Day on November 2 served as a time for the living to pray for the souls of the dead. All Saints’ Day, assigned to November 1, obviously honored saints but it was also called All Hallows. That made October 31 All Hallows Eve, and later Halloween.

Despite the new religious focus, people in Old England and Ireland continued to associate the time with the wandering dead. They set out gifts of foods to please the spirits, and as time wore on, people would dress in scary costumes in exchange for treats themselves — a practice called “mumming,” which is similar to today’s trick-or-treating.

The the first similar celebrations in America predominantly arose in the southern colonies, according to History. People would celebrate the harvest, swap ghost stories, and even tell each other’s fortunes. However, those early fall festivals were known as “play parties” — not Halloween.

In the 1700s and 1800s, women used to perform rituals on Halloween in hopes of finding a husband. According to History, women would throw apple peels over their shoulder hoping to see their future husband’s initials and competitively bob for apples at parties because the winner would be the first to marry. The weirdest of them all? They thought standing in a dark room with a candle in front of a mirror would make their future husband’s face appear.

The holiday really started taking off in the middle of the 19th century, when a wave of Irish immigrants left their country during the potato famine. They popularized the celebration nationally with their new superstitions and customs, like the jack-o’-lantern. (Did you know that jack-o’-lanterns used to be carved out of turnips, potatoes, and beets?!) While kids didn’t trick-or-treat just yet, they did play plenty of pranks in the tradition of mischief-making.

By the end of the 1800s, more communities pushed for a secular (and safer) set of rituals. People started holding Halloween parties that emphasized games, fall food, and costumes over witchcraft and troublemaking.

Trick-or-treating skyrocketed in popularity by the 1950s, when Halloween became a true national event. Today, over 179 million Americans celebrate the holiday — and spend about $9.1 billion on it per year, according to the National Retail Federation.

Simple Steps To Make The Most Of Your Day

The truth about the colorblock eyeshadow trend

Makeup brushes are some of the most valuable products in your makeup bag. Obviously, it's…