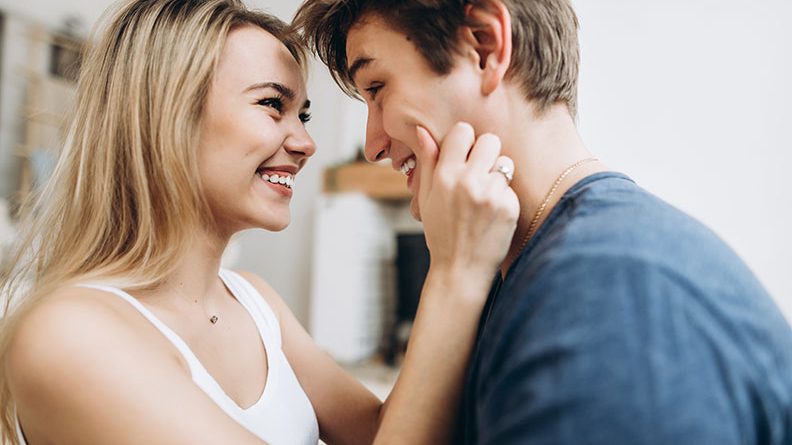 New Love: Should You Say “I Love You” First or Wait to Hear It?

Should you say “I love you” first to your partner? Or should you wait for them to say it? What does it mean to say it first?

The interesting thing is that that wasn’t always the case. My parents, for instance, have been married more than 30 years. When I asked them who said it first they couldn’t remember who said it, when it was said, or where.

If I ask any of my more recently married or coupled up friends, they remember just about every detail of it. They know how long they were dating, they know what they did earlier that day, and they certainly know who said it first.

Why are you scared to say “I love you” first?

I’m guessing the reason you came searching for this article is that you want to say “I love you” for the first time but are nervous. And I totally get it.

There is so much stigma when it comes to being the first person in the relationship to admit your feelings. It is a vulnerable thing to do.

You worry about being too intense or they won’t say it back. You worry you’ll scare them off or ruin the moment or freak them out. I’ve been there.

It is scary. I have tried to plan it out. I’ve had every word scripted in my head. I told myself I’d do it one night then chicken out. Then, I told myself I’d wait for him to say it first. I had gone over it and over it in my mind.

[Read: Perfecting timing – When should you say “I love you” for the first time?]

You might tell yourself that whoever says it first is the most invested. You might think that saying it first makes you weak. Or you might fear that not hearing it back could end things.

I get all of that. Those fears are all valid but they are also completely irrational. There is nothing logical about love.

Wondering should you say “I love you” first or wait to hear it, isn’t a mathematical problem. It is about how you feel.

[Read: 18 emotions you shouldn’t feel in a healthy relationship]

Should you say “I love you” first?

My answer to this will almost always be yes. If you know you love this person, tell them. Forget about all those fears and say how you feel. I know your mind races over the what-ifs now, but you don’t want to be asking yourself, “what if I just told them how I felt?”

There is no right or wrong way to say “I love you” for the first time. I mean I would avoid it right before or after sex for the obvious reasons, but other than that if you feel it, say it.

You can blurt it out while they’re doing the dishes. Plan a romantic dinner to say it or wake up next to them in the morning and say it. You can ease into it with a little speech or blurt it out. [Read: The first “I love you” – How to say it and get it right]

There is no way to know what their reaction will be. They could say “thank you,” “I know,” “I love you too,” or nothing. They may need some time to get to the same place as you or maybe they were just as scared as you were and were waiting for you to say it.

There isn’t any reason for me to warn you against saying “I love you” first. Maybe you know your partner isn’t there yet. That is okay. Let them know you are risking your vulnerability because you want them to know how you feel and are ready to hear it from them whenever they’re ready.

Perhaps you are terrified of not hearing it back right away. If that is the case, you’ll be struggling with that for a long time. Even if your partner were to say it first, your confidence in your feelings will continue to waiver. [Read: How to deal with saying you love someone and not hearing it back]

Protecting yourself from that outcome only puts off the inevitable and grows resentment.

So, if you are bursting to say “I love you” just say it. Living in fear of telling your partner how you feel is unhealthy and could be the start of a pattern.

If you are scared to tell them something amazing like, “I love you” how will you tell them the inevitable bad news like you crashed the car or clogged the toilet?

Not saying “I love you” because you don’t want to be the first to say it is adding an element of competition into your relationship where it doesn’t belong.

Does it matter who says “I love you” first?

I cannot tell you how many articles I have read that tell women never to say it first because it is the kiss of death. Men will run at the sound of the “L” word or that if a man says it first it is only so he can get sex. *insert eye-rolling emoji here*

Believing in these outdated and pretty sexist ideas of saying “I love you” first removes the equality from a relationship. Being scared of showing too many feelings starts the relationship off the wrong way.

[Read: 10 reasons why saying ‘I love you’ too soon sucks]

I’ve also read articles that say that men will only say “I love you” first if they want something from you and will only say it back to you because they feel pressured. If we follow these “rules” then anyone saying “I love you” at any point would be a bad idea.

Women are often told by society that if they say it first, they are losing the power in the relationship. Then if they do and don’t hear it back they will feel crazy and anxious.

The thing is, all of this is just our fear brought on by TV, movies, and society.

In reality, it is your relationship. If you can’t hold back those three little words then don’t.

Of all the happy couples I know who made a big deal of saying “I love you” first and those that didn’t, they say now that it didn’t matter who said it first or second but just the fact that they both said it and meant it.

[Read: Heartfelt signs the times is right to say “I love you”]

So, with all of this, should you say “I love you” first? Hell, yes! 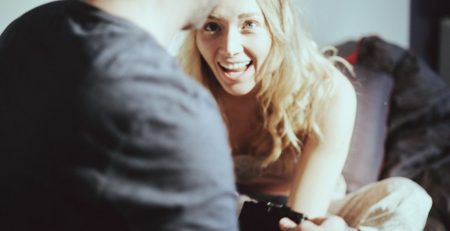 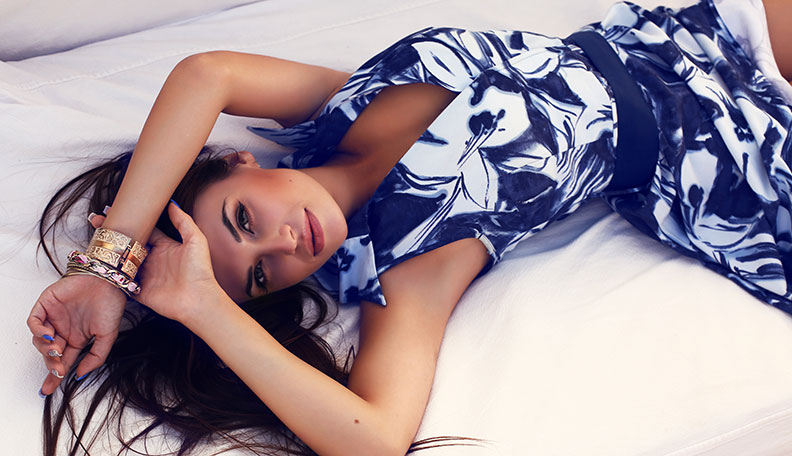 Are You Being Ignored after Sex? The Truth Behind Ghosting After Sex

You slept with someone. Now, they’re ghosting you. Ouch. But rather than feeling sorry for yourself, it’s time to... read more 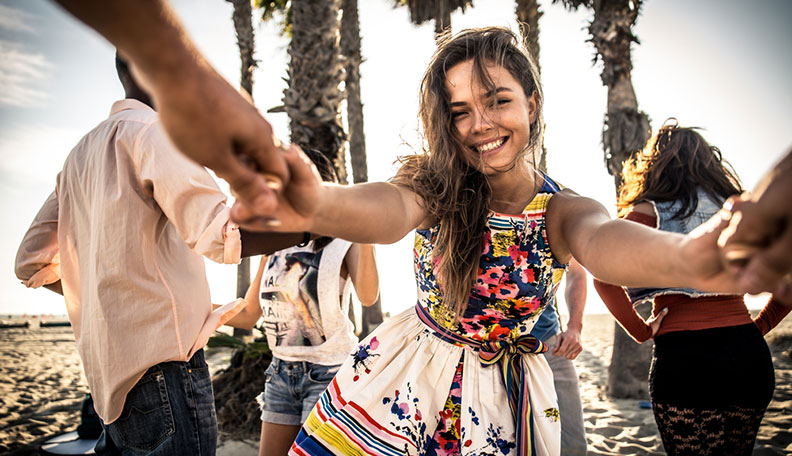 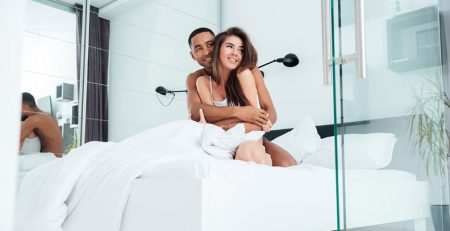 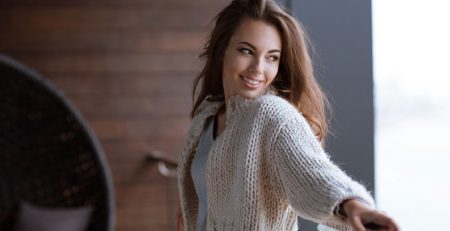 What Do Girls Look for in a Guy? The Worthy Traits of a Real Catch

Of course, every girl wants something a little bit different but, if you’re asking yourself, what do girls look... read more 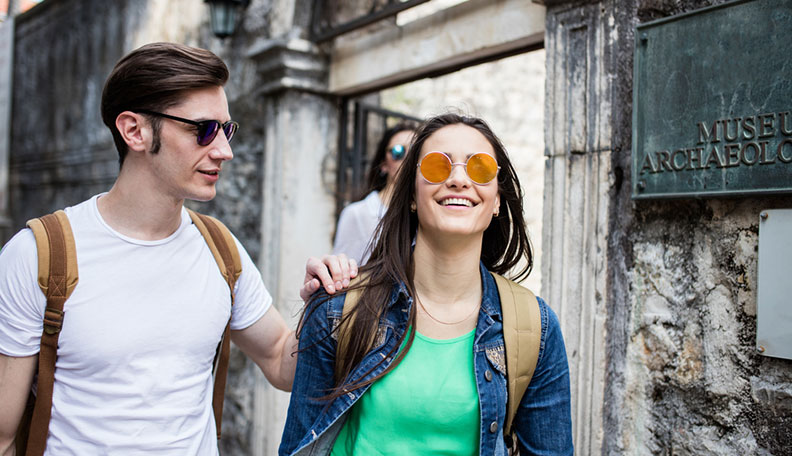 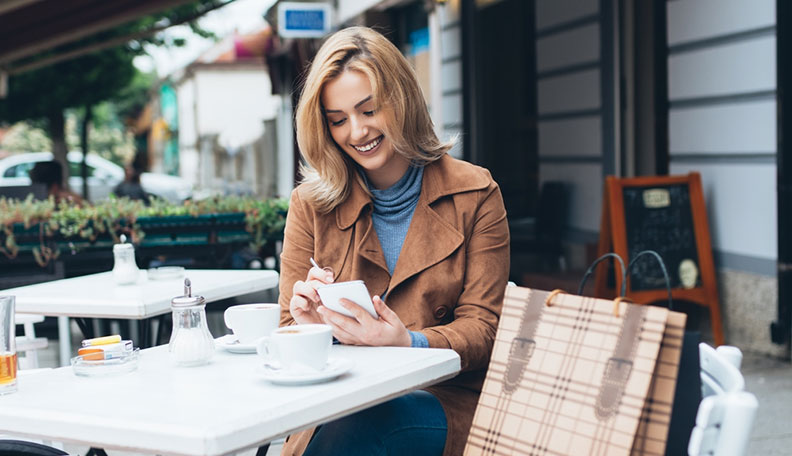 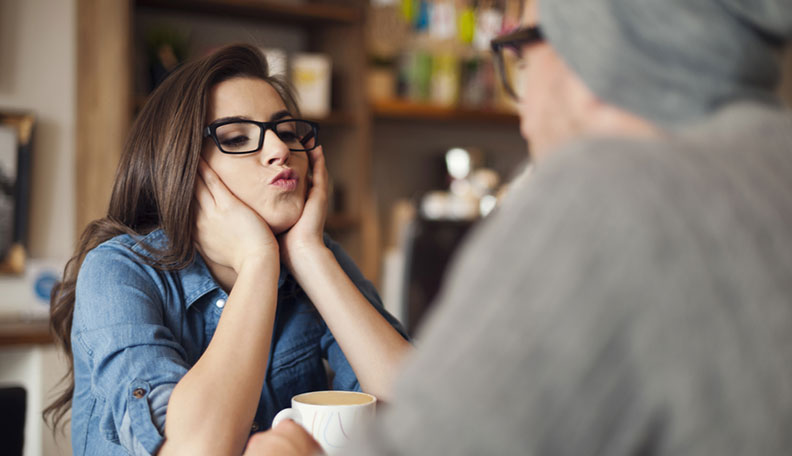 When Men Pull Away: 13 Reasons Why He’s Acting Strange and Distant 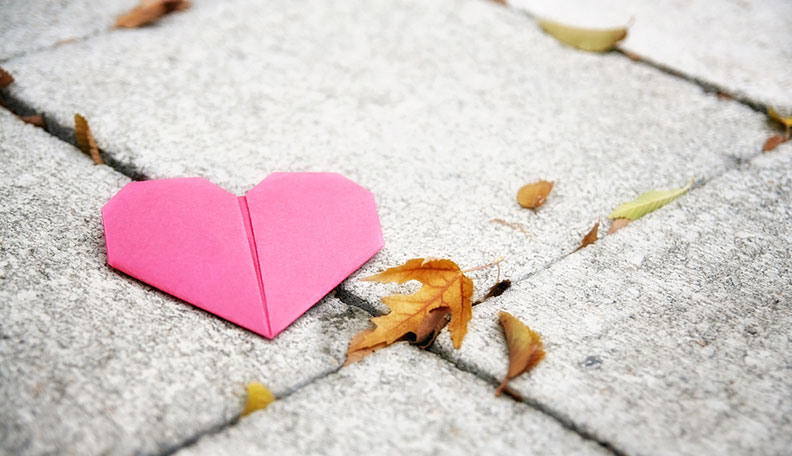 Psychology behind Deleting Pictures of an Ex: What It Says about You

Deleting pictures of an ex right after a breakup can say a lot about your mental and emotional state.... read more 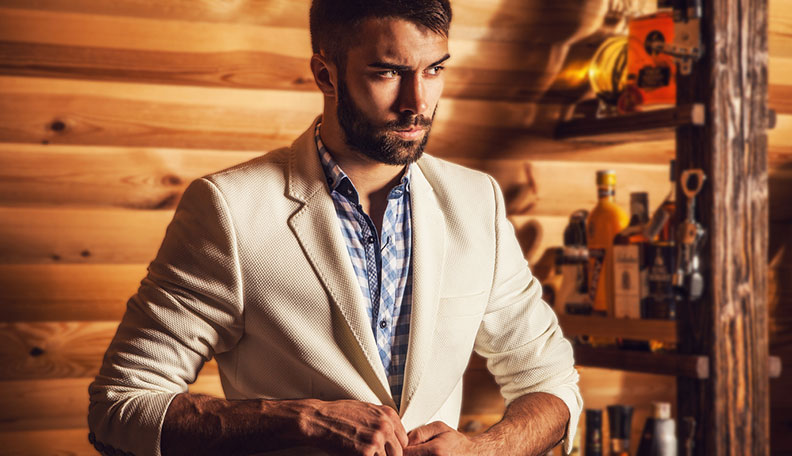 Guys Who Play Games: How to Recognize Them & What to Do About Them

It seems like most dating nowadays includes guys who play games, not only are these mind games but also... read more