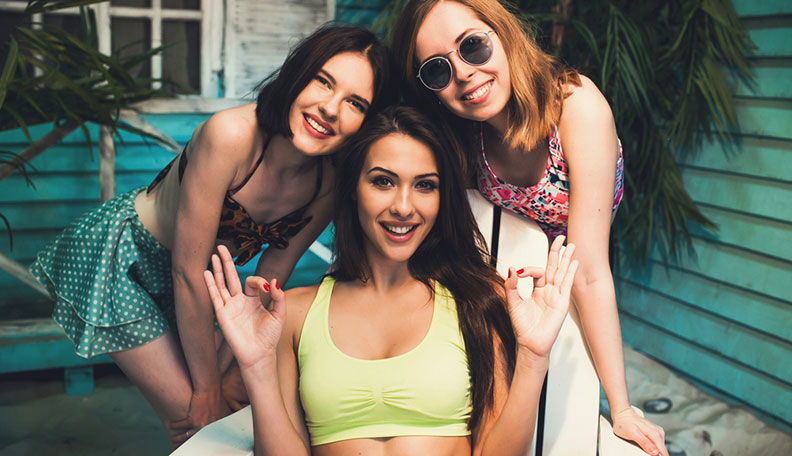 Men always assume women are extremely complicated and tough to figure out. But that’s not true. Most men just don’t know how to sexually attract a woman.

I have spoken to many frustrated men who feel lost when it comes to how to sexually attract a woman. “I just don’t know what to do, nothing works,” some would tell me. They’d buy flowers, give their dream girl chocolates, and shower her with compliments. And though many men think that’s the way to win a woman’s heart, they’re wrong.

If anything, you’re not going to get far with those moves because they’re superficial. Women aren’t complicated but simply looking for honesty and trust in a man. Any guy can bring flowers or chocolates. We want more.

So now you may be wondering, “Well, then what am I supposed to do? Write her love letters?” Calm down, don’t worry, we’ll get there. [Read: 10 ways to build sexual tension with a girl you like]

How to sexually attract a woman

It’s not easy attracting a woman when you’re not doing the right things. If anything, you take two steps back. But it’s time to take two steps forward, don’t you think? You want her to want you. You want her to be into you just as much as you’re into her. [Read: How to make a girl want you and think of you sexually]

Well, cheesy pickup lines aren’t going to do the trick. You need real tools. So, if you want results, here’s what you’re going to need to do. These are the fundamentals of attraction, and if you master them, then you shouldn’t have a problem getting the woman you’re interested in.

#1 She needs to find you attractive. Listen, this has nothing to do with you. If you want to know to to sexually attract a woman, you need to remember that she needs to be attracted to you. She doesn’t need to be in love with you, but she has to feel something towards you.

Her being neutral or disinterested isn’t going to change. If she finds you funny, exciting, and safe, there’s no doubt she’ll be attracted to you. [Read: 25 irresistible traits of a guy that turn a girl on sexually]

#4 Understand her needs will change. After reading tip three, you’re probably thinking you’re set. But wait. Women change. One morning she may want to eat toast for breakfast, and the next day? Pancakes. The studious girl may change her mind and go for someone who’s carefree and adventurous; while the party girl wants someone calm and chill. What does this mean?

#5 You need to be yourself. Before anything, be yourself. People’s needs can change with time, so never try to pretend you’re someone else. Always be yourself when approaching a woman. From there, she can decide if you’re her type or not. If not, she’ll move on, and that’s the best for both of you.

#6 Be confident. If you approach a woman timid and insecure, she’s going to pick that up right away. When approached, she wants a man who’s confident and secure in himself. Now, we all have our insecurities, but understand that you’re worthy of being with a woman you find sexually attractive. [Read: How to attract women at first sight effortlessly]

#8 Yes, be hygienic. Listen, it doesn’t matter if you’re wearing a new pair of jeans or not. That’s not what’s going to make her sexually attracted to you. Of course, that doesn’t mean you shouldn’t be clean. You should have your basic hygiene covered. The last thing you want is to create a stench around her. That is a turn-off.

#9 Don’t pretend to be her friend. This doesn’t go well for anyone. If you’re interested in her, don’t decide to play the “friend” until you get your chance. Make it clear to her from the beginning you’re interested in her. Flirt with her, compliment her, or tell her that you’re into her. Whatever you do, if you want to know how to sexually attract a woman, don’t pretend to be her friend. [Read: How to avoid the friend zone and make her desire you]

#10 Flirt! If you want to build any sexual tension, then you need to flirt. Sexual tension is when two people are attracted to one another. It’s unspoken energy shared between two people. If you want any chance of taking this to the next level, flirt with her and see if there’s any chemistry. [Read: 13 lusty signs of sexual attraction to keep an eye on]

#11 Don’t get too handsy. Many men think that touch is a great way to sexually attract women. And to some point, they’re right, but only if it’s done right. If she’s walking through a door, you can lightly touch her upper back. But you should never touch sexual areas of her body unless she tells you she wants you to. For the most part, keep your hands to yourself. She’ll appreciate and respect you for it. [Read: 20 sex god moves to attract and seduce women in style]

#12 Text. I’m not a huge fan of texting, but it is a great way to break the ice and test the waters. No, I’m not saying to send her dick pictures. Do not do that. But texting can make it feel like there’s already a relationship developed between you. Just don’t overdo it with the messages.

#13 Take it slow. Most men want to rush through things too quickly, but taking it slow is the ticket to an intense romance. You don’t need to sleep with her on the first date, that shouldn’t be your goal. If it is, you won’t get what you want. Instead, take it slow and build up the tension and chemistry. She’ll let you know when she’s ready.

#14 Be the man you want to be. When it comes to understanding how to sexually attract a woman, work on yourself first. Yes, all these tips and tricks can help you, but focus on yourself. You probably didn’t expect to read this, but it’s true. If you aren’t secure with who you are, then you won’t be able to attract the woman you want. [Read: What makes a man attractive? What you should be focusing on instead]

#15 Relax. When a guy is tense and stiff, it’s not attractive. Women always choose the guy who’s relaxed and open. That’s because these men are inviting. They’re exciting and not stressed out and rigid like the other men around them. Work on being relaxed, and women will take notice.

[Read: 11 powerful moves to seduce a woman and get her in bed with you]

Learning how to sexually attract a woman isn’t hard if you know what you’re doing. Now that you have the tools, it’s time to use them. You don’t want to waste any more time.

PREVIOUSWhat to Do When You Send an Accidental Text to the Wrong Person
NEXTThe Sexy Thirst Trap: How to Master It Without Looking Too Thirsty