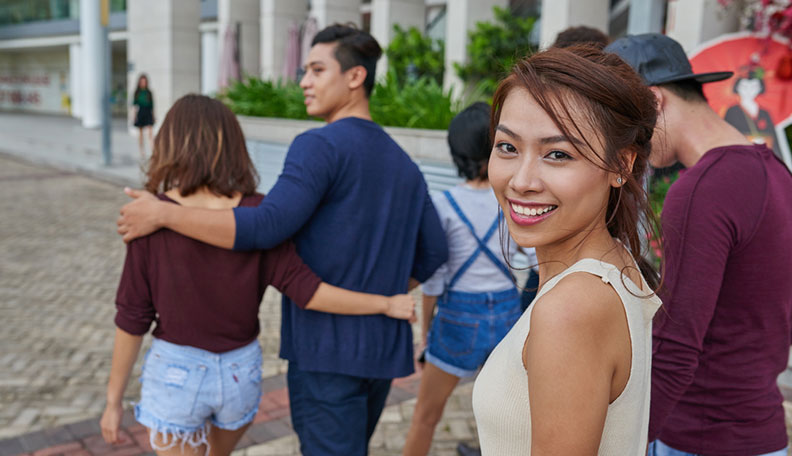 There is a certain closeness when two people have done the deed. So, how to tell if two people are sleeping together? Watch their body language!

Body language is powerful. If you’re wondering how to tell if two people are sleeping together, body language will tell you everything you need to know!

You can tell a lot by someone’s body language. In many ways, a lot more than the words they say. For instance, you can easily tell someone is angry when they’re telling you nothing is wrong, or if someone is spinning you a lie. And you can tell if someone is upset and not keen to tell you why.

How to tell if two people are sleeping together

Surely, this is private. Why would anyone else need to know? Well, if you’re like me, you’re interested in these things! Perhaps you want to know what’s really going on with a friend and someone you don’t trust so much, and they’re telling you nothing.

[Read: How to tell if there is serious chemistry between two people]

Maybe you want a little low-down on the situation between two former lovers who seem quite close again. Whatever your reason for wanting to know how to tell if two people are sleeping together, there are several clues.

#1 They seem slightly closer in general. You’ll get it. You won’t even need to look, they’ll just stand a little closer than normal, almost like an invisible piece of string is pulling them together. Learning how to tell if two people are sleeping together can be as easy as watching the distance they keep between one another, or the distance they don’t keep.

You can also tell when they’re sleeping together but they’ve had a fall out, as the distance will change! Learning to understand body language overall is a great tool and skill. It will also help you in many other situations in life too. [Read: 10 clear signs of body language attraction]

#2 Look out for the lingering looks. Can you see looks which last for just a second or two longer than normal? That’s a surefire sign that something a little deeper than friendship is going on. Things have probably progressed to another level. These looks may be fleeting, literally half a second more than usual, but they’ll certainly be there if two people have done the deed.

Be careful not to stare while looking for this sign. A quick glance will give you all the information you need!

#3 They seem super-comfortable touching each other more often. Everyone playfully touches another person from time to time, usually as a joke, but if you notice two people doing it more often, perhaps when they never did before, this is a sign that something is going on between the two of them.

For instance, a graze against the side might seem innocent, but the side of someone’s body is a sensitive spot. If someone is constantly touching that area and the other person isn’t flinching in shock or laughing because it tickles, the chances are that they’re used to this person touching them!

#4 They suddenly become very protective of one another. Men become protective of someone they’ve slept with. Simply, their protective instincts kick in. Women are the same in a less obvious way.

A woman might be seen silently watching what is going on when someone is talking about their sleeping partner, interjecting when things seem to be going too far. A man might confront the person who may be speaking about their partner.

If you haven’t noticed them ‘sticking up’ for this person in the past, that might be a good pointer toward what is going on behind closed doors. [Read: How people flirt by touch without realizing it themselves]

#5 They seem to communicate in a secret language. Do they suddenly seem to have a new way of communicating? It could be a look or a joking language they come up with. You’ll know because it’s different from anything you’ve seen from them before.

They’re not likely to be at the finishing each other’s sentences stage, but you may notice them taking more interest in what the other one is saying. They will also communicate nonverbally, with looks and eye contact.

#6 You will see them together more, at unusual times. Still wondering how to tell if two people are sleeping together? If you spot them out and about together at very strange times, the chances are they’re meeting up for something for more than a quick chat!

For instance, you see them out together early in the morning, that’s a pretty clear sign that they spent the night together. Equally, if you see them wandering around late at night, you should question why, and where they’re going.

#7 They suddenly have more to say about each other. If you notice that the other person’s name is cropping up in conversation a lot more than before, the chances are there’s something going on, or they have developed a crush.

If you call them out on it, asking why they’re talking about the other person suddenly, they’re likely to start fumbling over their words. If this happens, that’s a definite sign that they’re sleeping together and don’t want anyone else to know! [Read: 15 obvious flirting signs between a guy and a girl]

Why do you want to know?

There are many reasons why you might want to know how to tell if two people are sleeping together, either because you’re curious or for a deeper reason altogether.

Are you pleased about? Or does it fill you with worry? For instance, do you suspect your friend is hooking up with someone who is only going to mess them around? Do you know your friend well enough to realize that if they start sleeping with someone, they’re going to develop feelings they don’t need right now?

Despite the fact that we all want to know the latest gossip, it’s equally as important to realize that this is someone’s private life. While you can observe and look for yourself, don’t go telling other people on their behalf! Of course, it could mean you have designs on someone, and you want to know whether they’re free or not.

If you see just one sign, that doesn’t necessarily mean the uglies are being bumped together. But if you see several, the chances are high. We all tend to act a certain way when we’re intimate with someone else.

When we’re around that person, it’s almost like an invisible piece of string has appeared, pulling you together. This happens even when whatever is going on is casual. Sex is intimate. Whether you want your feelings or your pride to get involved or not, it almost always does.

[Read: 20 subconscious signs of attraction that show up between two people]

If you’re trying to find out how to tell if two people are sleeping together, look for the above signs. Be sure you see more than two or three.

PREVIOUS15 Texting Rules for Guys to Master the Art of Charm & Being Smooth
NEXTHow to Be a Friend: The Real Art of True and Meaningful Friendships