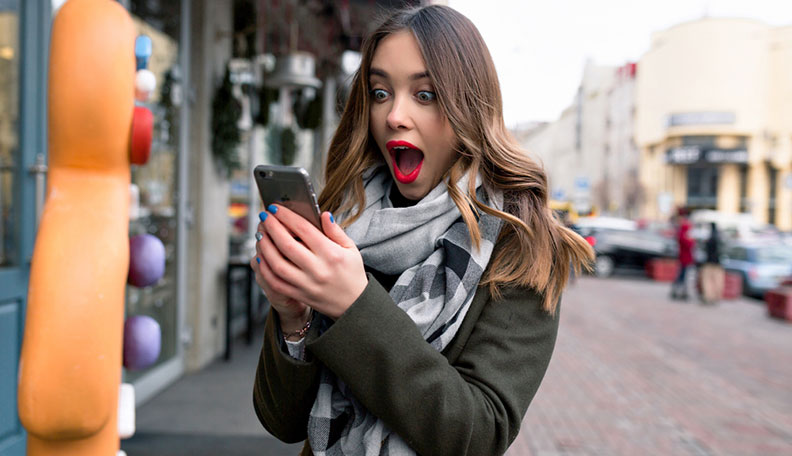 As much as we want to be all nice and friendly, there will be the creepy people we’d prefer to stay the hell away from. The type who makes our skin crawl.

Back in the day, we used to get cautionary tales and warnings for real threats such as, “Don’t take candy from the strange man in the van.” Or “Don’t accept a ride from strange men late at night.” But forget the person with the binoculars hiding in the bushes. Creepy people can be found almost anywhere and in the most unlikely of places.

Types of creepy people in the world

From public transport, bars, comfort rooms, workplace, and even online, creepy people are just everywhere. You won’t get a chance to avoid them. So for your own peace of mind, here’s an updated list of creepy people you’ll meet in your life.

#1 Personal space invaders. These types decided that they occupy your personal space reserved for only those closest to you. They choose to sit next to you even if the whole train or bus is deserted. You share the same miniscule biosphere, and you can tell what they had for lunch. [Read: The 11 glaring clues to watch for in a stalker]

#2 The ogler/staring creep. Some steal glances and retreat if your eyes meet theirs. The bolder ones unblinkingly fix their eyes on you like glue. Either way, both are creepy and give you the impulse to fumble through your bag for your pepper spray.

#3 The catcaller. They can be found hanging out around every street corner and almost every time ruin your day. These people think that unsolicited, obviously sexual comments are a good replacement for a plain old “good morning.” Most of the time, the only response is to ignore them and continue walking the other direction. [Read: Should women take catcalling as a compliment or offense]

#4 The exhibitionist. From the girl who swings her legs wide open to guys airing their junk in the bus corner seat, you’re lucky if you live in a city that penalizes this type of behavior. But for the unlucky rest of the world, they have to deal with these creepy people who think the public appreciates seeing what normal people have the decency to do in the privacy of their bedroom.

#5 The touchy feely type. If you think personal space invaders are creepy, wait until you meet someone who actually runs their hands on your person. On purpose. And sometimes, on your private parts. The only way to react is to touch them back with your hands balled up to a fist on their jaw.

#6 The stalker. They eat where you eat, hang out where you hang out, and follow you around like you’re Jason Bourne trying to lose a tail. If they’re not doing it the traditional street-style, they probably bookmarked your social media accounts and  have a personal collection of screenshots of your most flattering photos.

#7 The giver of inappropriate gifts. People usually have an unspoken rule for giving gifts to their friends, co-workers, significant other, and family members. For these creepy people, the rules fly straight out of the window. For example: that creepy uncle who gives you a pair of skimpy underwear for Christmas or a boss who gives you expensive jewelry with strings attached. [Read: 12 rules redefining social etiquette and modern manners]

#8 The perverted acquaintance or friend. So, we all have met the type who talks and acts like they’ve never seen a member of the opposite sex for years. And all conversations always lead to that person fantasizing about what they’ll do to that person once they get their hands on them.

#9 The classic creepy old dude. This one is a classic. With his old, grandfatherly charm which commands respect and forgiveness for his possible senility, he exploits your kindness by trying to score a touch or an underserving stare at your boobs and behind. Mostly found in dive bars and diners, they’re under the illusion women generally fall for the older types. Good news, he won’t have much time left to terrorize young women like you. [Read: The creepy guy types to avoid in dating]

#10 The “TMI” type. Same as the exhibitionist, these types just don’t have any secrets. From unsolicited and detailed stories of their sexual escapades, personal hygiene practices, and unpleasant family matters, these people hang out every detail of their life to dry in the open like everyone cares and finds it interesting.

#11 The trophy collector. How can you tell if they’re obsessed with you? Well, if they collect the napkin you used to wipe your mouth from the garbage bin, that can be a dead giveaway. From there the creepy person moves up from collecting your garbage to stealing small personal effects. Just don’t let it escalate to where they break into your house in the dead of night to cut a lock of your hair. Let that sink in.

#12 The creepy photographer. They are no spy or a paparazzo but with the skill of one. This type of person knows how to sneak around to take your photo without notice. Normally, you’d be flattered you’re treated like a celebrity. But who knows what other private moments the creeper with a camera might be taking in this outright invasion of privacy.

#13 The unsolicited sender of dick pics. If you’re in the online dating game, these types are kind of hard to miss. With their manly hubris they think a photo of their not-so-appealing junk is the way to impress you. [Read: Dick selfies and why men love sending them to women]

#14 The obsessed romantic. From all the types of creepy people on the list, this type is probably the creepiest and most dangerous. The obsessed romantic adopts all the characteristics of the other creeps. The person may stalk you, invade your privacy, attempt to make unsavory advances, and make a personal shrine decorated by trophies and photos of you taken secretly.

They send you long texts filled with words of admiration late at night, loiter in your social media accounts, and get close with your friends and family members. Sound familiar? Call the police.

[Read: 14 tips to banish a stalker for good]

People in general have their own quirks that we may find strange but harmless. What’s more disturbing is that creepy people can be found anywhere and may take the form of a family member, a friend, or a co-worker.