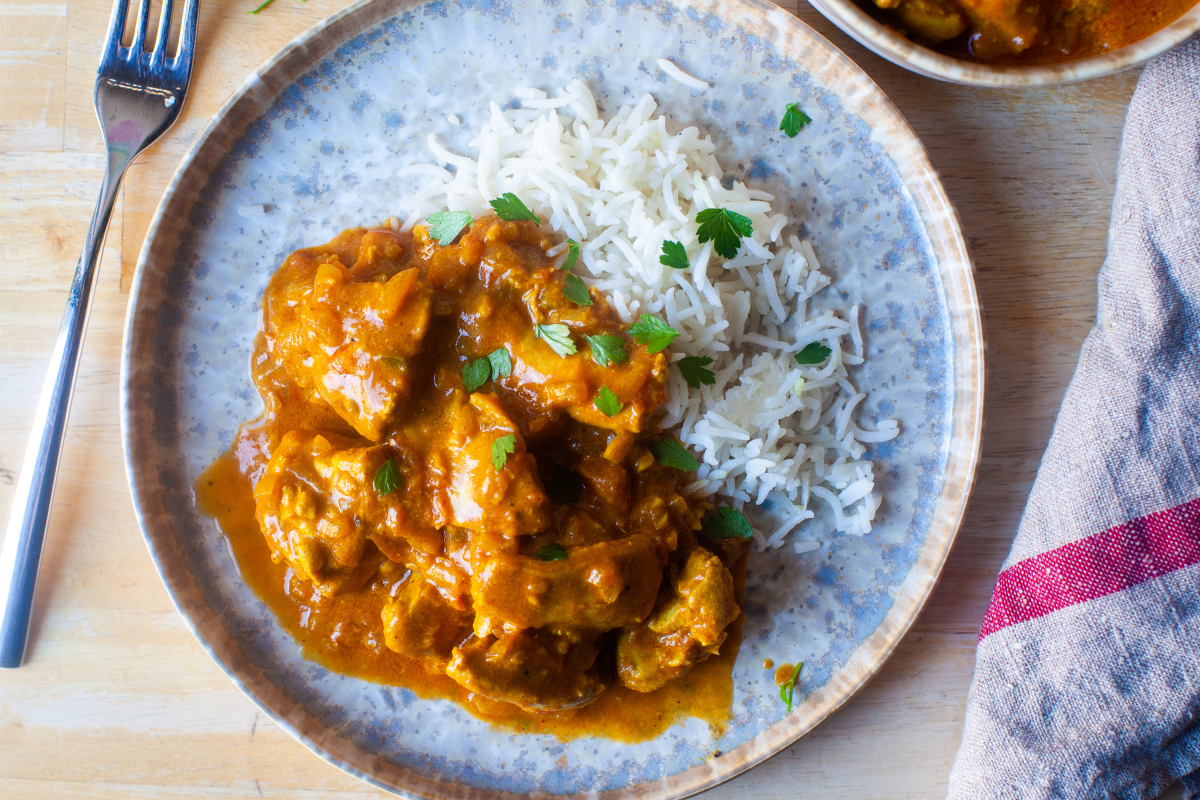 In February, I fell into an I Miss GBBO rabbit hole (my interest waned when Mel, Sue and Mary Berry left, although perhaps it’s my loss) and found myself on Chetna Makan, the talented semifinalist from the 2014 season’s YouTube page, watching her make her mom’s chicken curry. It looked absolutely amazing. I watched the video, “BEST Chicken Curry recipe!” three times, and, having failed to find the recipe online or in her cookbooks, did that thing I imagine we had to in the pre-internet era of food television: wrote down the recipe from what she was saying. My kids were in the backseat and I kept saying “shh! I need to hear what spice this is!” (I’m fun.) 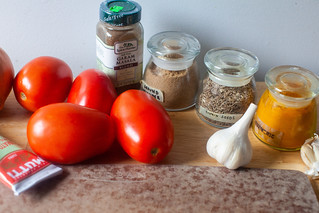 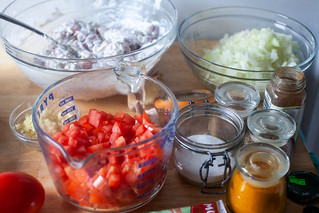 I have so many dishes of Indian subcontinent origin on this site, but there hasn’t been a go-to chicken curry, just this sheet pan tikka, mostly because I didn’t know I needed one in my life. Silly Deb. But then I followed the recipe from my scrawled notes, we ate it for dinner, and absolutely did not shut up about it for at least three weeks after, telling everyone I saw about this “unbelievably good chicken curry” that would now be a staple in my cooking repertoire forever. I told friends to watch the video and make it, and would then text them a list of the changes I’d made and shockingly, this [“Watch and transcribe a 5-minute cooking video and then make these edits”] didn’t tempt anyone. I mean, if only I had an internet website I could share the edited recipe on and send them a link to? Nah, who needs that noise. 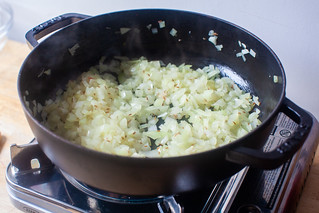 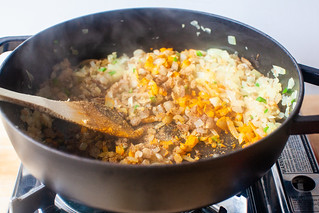 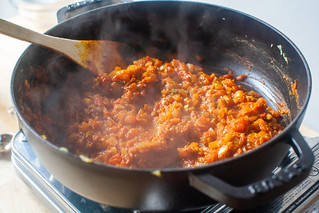 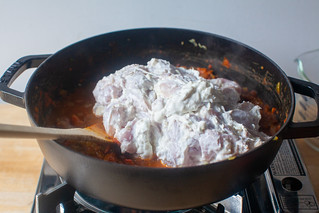 But despite vowing to make it forever and ever, I didn’t do it again for eight months, and I realized as some point I was afraid that my notes weren’t very good or that I’d remembered is better than it was — because it’s that the worst, having oversold something… to yourself? However, last week my craving was finally stronger than my fear of muddling the memory of it with something good but not shout-from-the-rooftops good and I tackled it again and it barely made it to the table for dinner because everyone around that day wanted to eat it straight from the pot, standing up. It is shockingly rich for something with only a cup of yogurt in it, but more, cozy and complex. Cooking the base flavors deeply and layered helps build a foundation that makes even a 6-pack of chicken thigh cutlets from the grocery store taste like something you’ve toiled over all day. I will never go eight months without making it again. 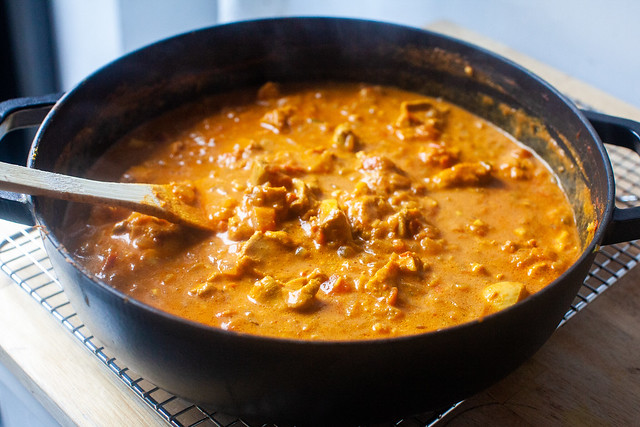 Combine chicken thighs with yogurt, half of garlic, ginger, and salt in a bowl and set aside for whatever time you’ve got — you can use them right away, in an hour, or up to a day.

In a large (4 quarts), heavy pan with a lid, heat oil or ghee. Once hot add onions and cumin seeds, cook 5 minutes, until browned at edges. Add remaining ginger and garlic and cook one to two minutes more. Add remaining salt, turmeric, garam masala, coriander, and cayenne or another chile powder cook for two minutes. Add tomatoes and cook until they begin to break down, 4 minutes. Add tomato paste, cook for another 2 minutes. Add chicken and yogurt marinade from bowl, plus water, stir to combine, and bring to a simmer, stirring. Simmer 25 to 30 minutes over low heat, covered, stirring once or twice to ensure everything is cooking evenly.

Chicken is done when it is cooked through and very tender (you can cut a larger chunk in half to check for doneness). Adjust seasoning as needed and serve with rice.

Notes:
* In the video, Chetna Makan makes this with one whole chicken that’s been skinned and cut into chunks; I do not doubt that having bones in the mix provide a deeper flavor. I went with boneless chicken thighs for speed and ease.

* Re, fresh tomatoes: I often see fresh tomatoes suggested in Indian dishes and found it surprising, when they’re so lousy out of season and canned tomatoes are so consistent. But in Priya Krishna’s Indian-ish cookbook, she suggests that you only use canned tomatoes “if you have to.” She said she finds that even those sad fresh winter tomatoes seem to work better in bringing that necessary brightness to Indian dishes than canned ones.” I’ve used fresh tomatoes in dishes that call for them since, even firm, unjuicy ones, and really like the complexity they bring once cooked. I’m fully converted.

* Re, removing dairy: I definitely think you could marinate the chicken in full-fat coconut milk (I find the cans from Trader Joe’s particularly rich) for a similarly delicious dish.

* Re, InstantPot: Yes, I think you could. Chunks of boneless thighs usually take 7 minutes for me on high, however, I suspect by the time the IP comes up to pressure and then releases, you’ll have saved little of the 25 minutes stovetop simmering time. But, the IP is hands-off, and that counts too.

* About the name: Makan calls the recipe chicken curry, but I took the liberty of calling it by what seems to be its full dish name: chicken tikka masala. (Please correct me if I’m wrong.) I read mixed things about the word “curry,” which can be confusing — more here on why, but it’s basically it’s catch-all term that doesn’t mean a whole lot.

* I’m using the pot you probably see all of the time here, a Staub 4-quart braiser. The rice you see is golden sella basmati rice; I bought mine at Kalustyan’s. 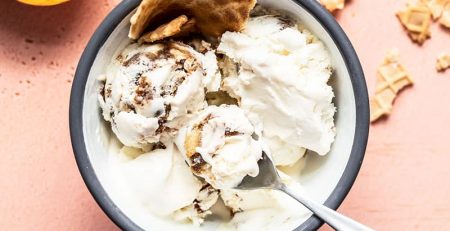 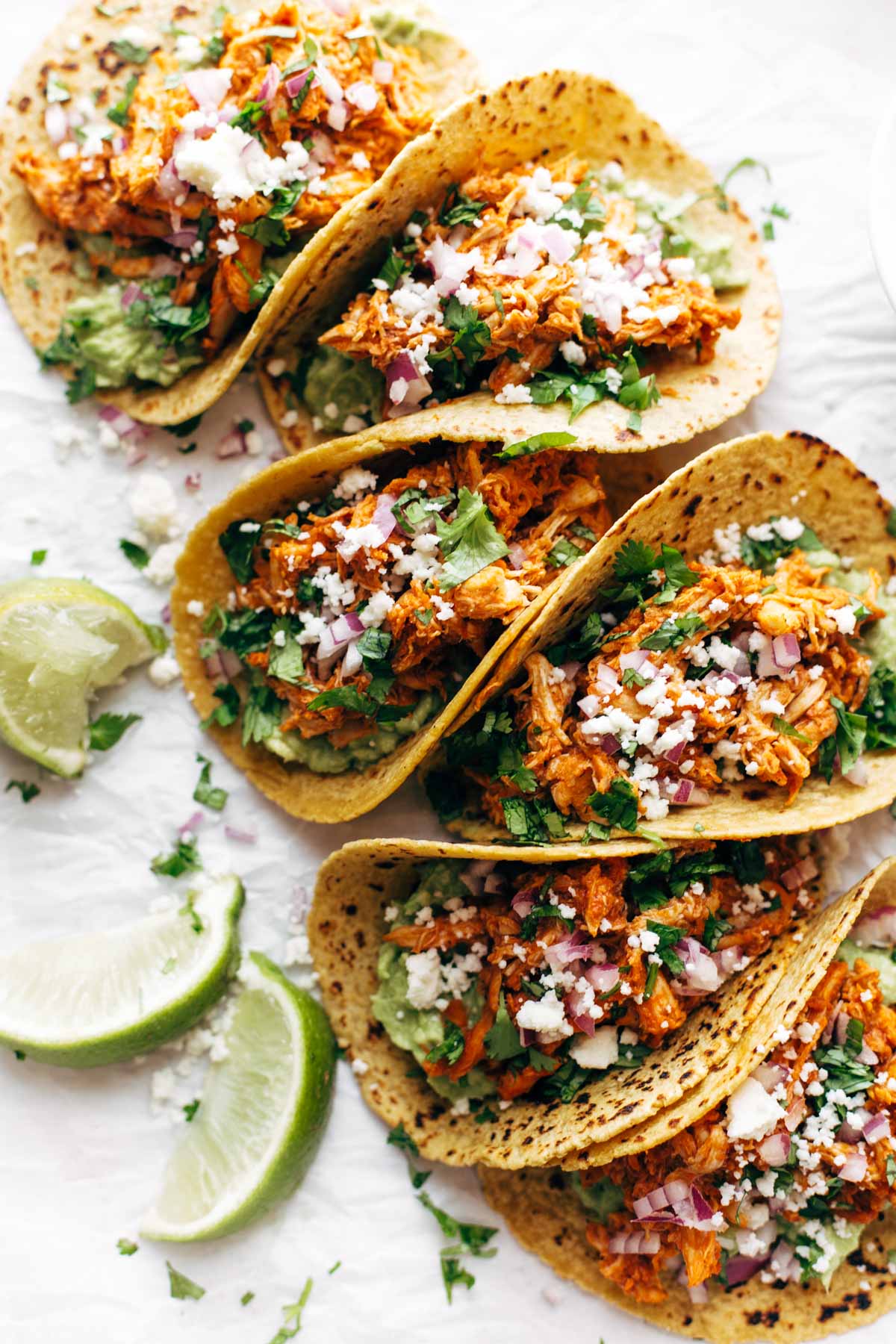 This is an update from Lindsay and Bjork on their sweet baby boy. Please continue to keep them in your... read more

How to Join Sally's Baking Challenge Recipe: We publish a new challenge recipe on the 1st of each month. See below... read more 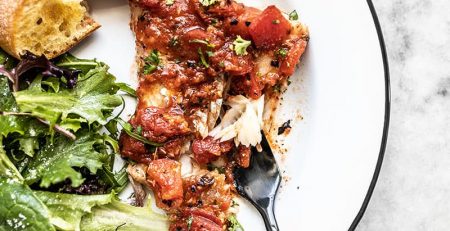 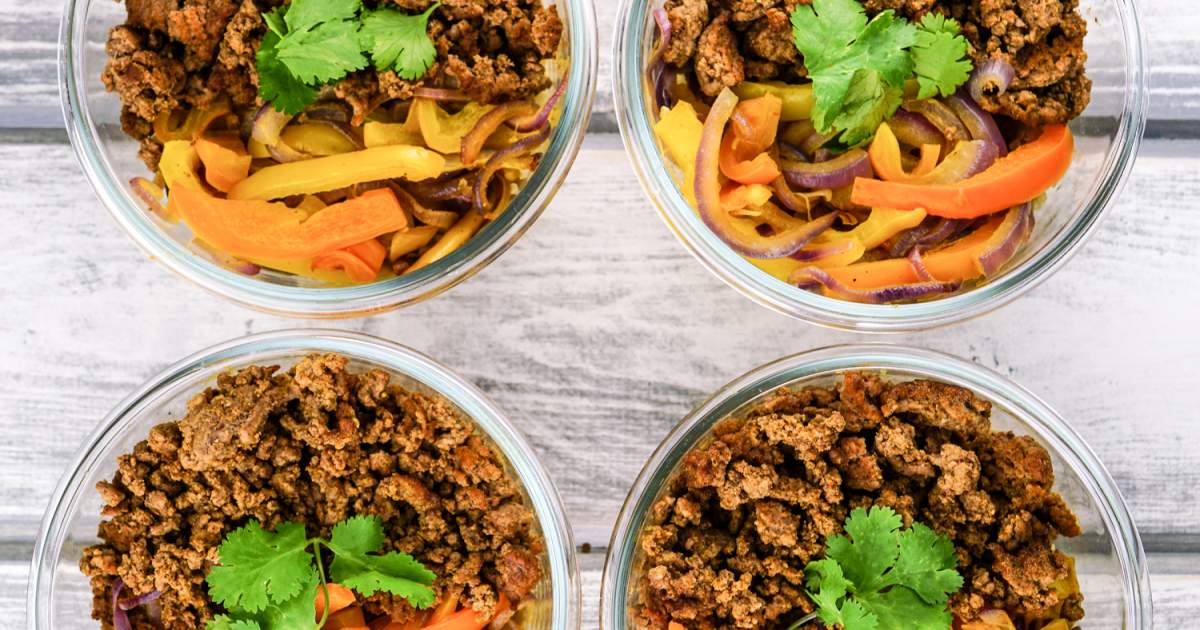 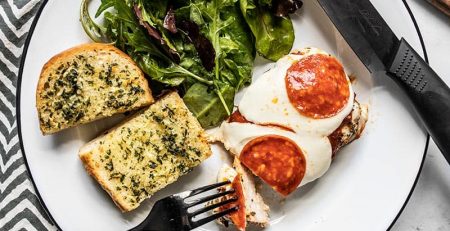 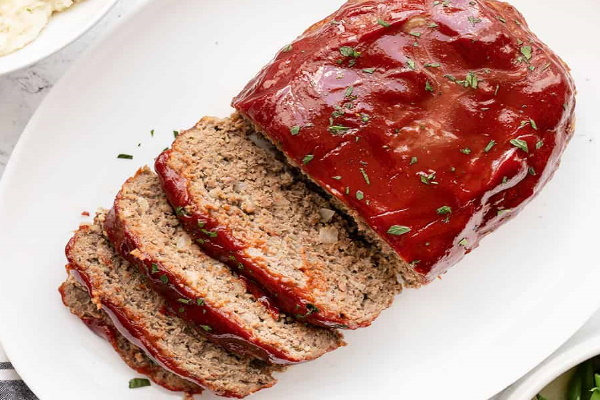 The concept of meatloaf kind of makes me raise an eyebrow because, well, it’s a loaf of meat. But when... read more 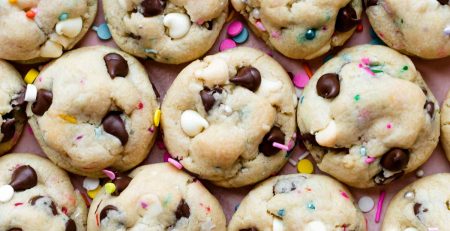