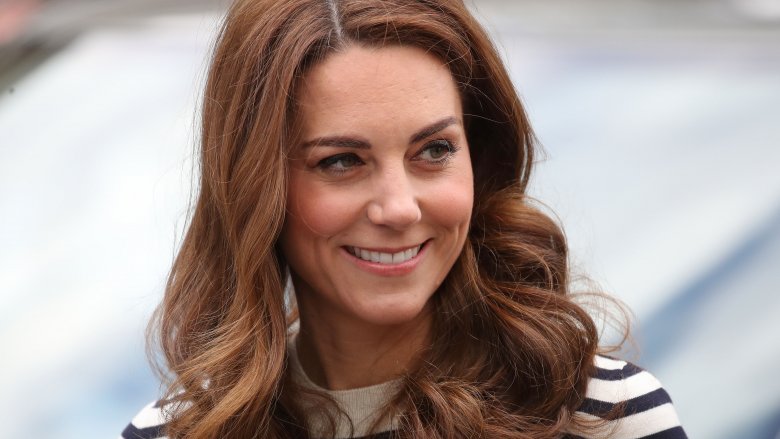 As royals aren’t keen on looking messy or unkempt, it would make sense that there’d be a rule about the public application of makeup. According to Harper’s Bazaar, members of the royal family aren’t allowed to fix their makeup while in public. To be fair, it wouldn’t be very royal-like to see Kate Middleton or Meghan Markle out and about, applying blush in the backseat of a car like most women. The fact is, they aren’t most women, so they have different rules to live by.

Plus, this rule actually makes sense, as the royals are often at events for hours on end, and it wouldn’t be very polite to pull out a mirror and touch up their concealer. “This means that, throughout the day, her makeup and hair must stay flawless,” Harper’s Bazaar reported, regarding Kate Middleton’s beauty looks, noting that setting powder is key.

The royal family always looks perfect, but since they aren’t allowed to reapply their makeup in public, constantly looking flawless must be pretty hard. But, of course, the women of the royal family make it look easy.