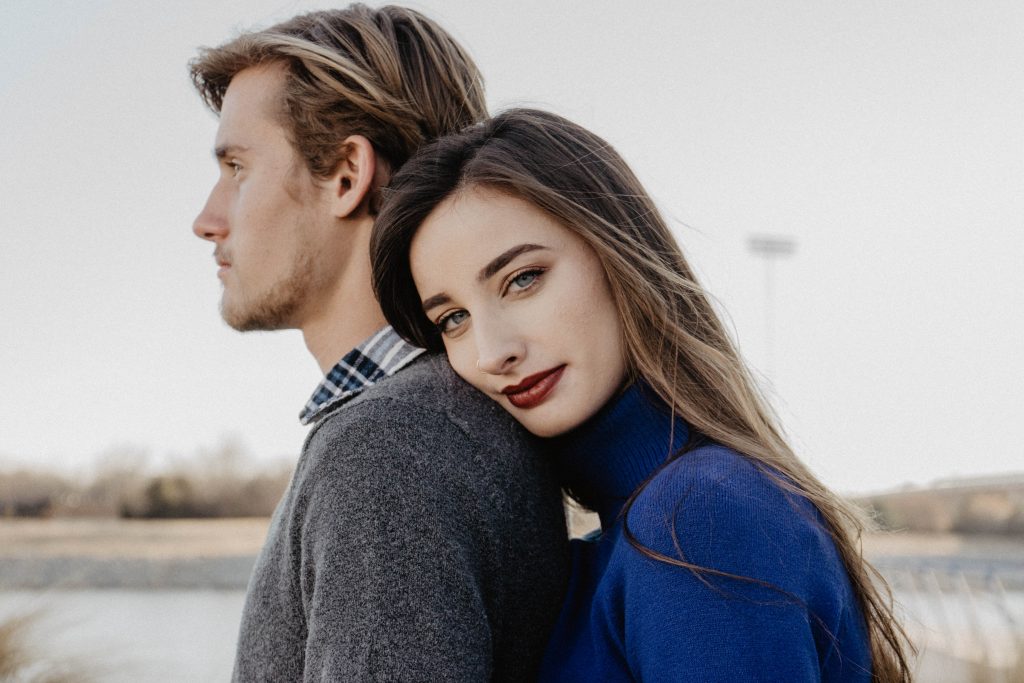 “Commitment is an act, not a word.” –  Jean-Paul Sartre

Let me be clear here, a guy who is scared of commitment isn’t the same as a commitment Avoidant guy. Steer clear of anyone who is deeply afraid (more than scared) of commitment. I dated a man for two and a half years who would never fully commit even though we spent every major holiday together, he stayed at my house and I stayed at his, I knew all his friends (okay, he only had like 3) and we traveled the world experiencing new adventures every few months.

He was what is called a “dismissive Avoidant” and those type of men will not commit no matter what you do.  If you’re concerned you might be dating someone who is Avoidant and not just scared you can check out my posts: Why You’re Anxious In Love and here: Why Attachment Styles Can Make Or Break Your Success In Love.

Let’s call the guy who is scared to commit a “commitment shy guy”.

The guy I’m dating now is definitely a commitment shy guy. He has been burned in the past and is very cautious when it comes to giving out his trust. He is one hundred percent committed to me physically (we live together, and other girls are never an issue) but I know he hasn’t fully given me his heart and it’s been nearly two years.

A commitment shy guy will watch and wait and observe. Most likely he is waiting for you to betray him in some way, so he stands on the edge of the pool wading slowly in because he’s afraid if he goes all in he will drown.

It is almost as if he is looking and waiting for any sign that his subconscious belief that he’ll be burned will come to fruition. Sometimes it seems like he is so convinced it will become a reality that he tests you to see what you will do.

Recently we were told my guy was going to deploy (his second in under two years). Initially we thought it was going to be three months in a non-combat area. Easy-Peasy. Then, he came home one day, and it changed to six to nine months in a potential combat zone.

I wasn’t prepared for this. I completely freaked out. I ran to the bathroom, so he wouldn’t see my break down and when I came out I said, “I’m not sure I can keep doing this.” TRIGGER. That was it. His walls went up. Earlier that week he found out one of the guys in his unit was getting a divorce because his wife had said the exact same thing.

For the next two months he put up walls and I tried to knock them down. He wouldn’t budge. Commitment shy guys will try to push you away before you can hurt them. He did a good job. But, lucky for him I wouldn’t budge either. I told him I wasn’t going anywhere and that I just freaked out for a minute.

But, he maintained his position until suddenly one day, he didn’t, and things had gone back to normal. I learned a few things through this experience and I’ll relate them to you here.

Some people are rabbits, and some are turtles. I’m a rabbit. If you’re a rabbit, it’s always a sprint to the end. You know what you want and once I know you get right up to the starting line and go for the gold. You don’t care what is there to great you at the end, you just start running. If you’re reading this, you are probably a rabbit.

My guy is a turtle. If you’re a turtle you take every action in life a little more slowly. You poke your head out from time to time and you see what’s going on and then you return to the safety of your shell and hang there awhile. You come out for food and to see if anything new is going on. You take your time getting to the finish line because you’re in no rush and you want to observe whether the road ahead is safe from predators.

You cannot push a turtle. Have you ever tried? If so, what happens? If you push a turtle it either crawls back inside its shell or it falls on its backside with legs waving wildly in the air, totally out of control and not knowing how to right itself.

It is extremely uncomfortable for a rabbit to go at a turtle’s pace and the turtle absolutely will not go at the rabbit’s unrelenting pace no matter how nice or pretty or fluffy the rabbit is.

So, you have a choice to make. If you are dating a commitment shy guy you must learn to stop, check yourself and slow down. You must stop making everything a race to the end and make it a point to “stop and smell the flowers” as they say.

You must learn to live in the now and appreciate the time you have instead of living for the day “when something happens.” For about a year and half I was pushing my guy to be on my timeline and thought there was something wrong with our relationship if we weren’t on a certain trajectory.

That was an epic fail. The more you push a turtle the more they will push back. My guy wasn’t having it. No way. No How. Not only will they push back, they will sit exactly where they are just to prove a point and show you that they won’t be pushed.

2. Always be one hundred percent open and honest

This is important, because turtles can be closed and fearful of expressing their innermost thoughts and desires. In fact, they may not even be aware of them or know how to communicate what they’re scared of, or what keeps them from going all in.

But, they will be watching you. If they were cheated on by an ex they may be very leery of any male relationships you have. Although my guy is not the jealous type I’m very careful about making sure there is never an iota of indication of any impropriety going on with my male friends. He knows each one by name. I will talk to them on the phone in his presence and he is free to meet any of them at any time.

Even if a guy is just my friend I’m still not comfortable letting them stay the night and sleep on the couch when my guy is out of town because it just seems uncool. Girlfriends, yes. Guy friends, no.

I treat my guy with the utmost respect he deserves, and I always tell him if I’m hanging out with guy friends or plan to because I have nothing to hide and those who have nothing to hide, hide nothing. He needs to know and believe you are being honest always.

So, second thing to remember:  Always be Open & Honest

Remember, a commitment shy guy is always watching you and yes it may seem like you are trying out for a part that you want to win, but that’s the way it is. Someone who’s scared of letting you in will watch your behavior more than they will listen to your words. Sometimes it will feel like you have to keep proving yourself.

I feel like I’m being tested right now. If he’s gone for the next six to ten months will I stay, will I leave, or will I tell him I found someone else? He is watching and waiting. If I want to stay with him I need to be sure to keep my word that I will wait, and I need to show him that I’m not like those girls from his past.

Someone who is commitment shy will give you little pieces of themselves at a time. When they give you that piece do not take this to mean they are at the same place you are. Usually I find out a year later that my guy didn’t have the same understanding of our relationships that I did. Be sure to ask them how they feel about things and reassure them that their needs are important to you because most of the time they won’t say anything and won’t ask.

Commitment shy guys may give in ways that are not emotional because giving themselves emotionally is too scary. Right now, my guy has gotten us a condo where I’m living while he’s gone because I wasn’t working and his deployment was totally unexpected (otherwise I would have been looking for a job long before!).

Giving me a place to live is how he shows he cares. This is his way of showing he supports me and wants to make sure I’m okay. When it came time to pay the deposit he needed me to pay some of it and I did. Right Away. If they ask you to help them with something, do it. Don’t ever take advantage of what they’re giving you because they are expecting you to take advantage of them because others have.

So, there you have it. Three facts to remember when you love a commitment shy guy. Take your time, always be open and honest and never take advantage. If you can do those three things, then sit back and watch your relationship grow. It may grow slower than you would like, but if you don’t do what I’m saying you’ll likely push them away. Good luck!