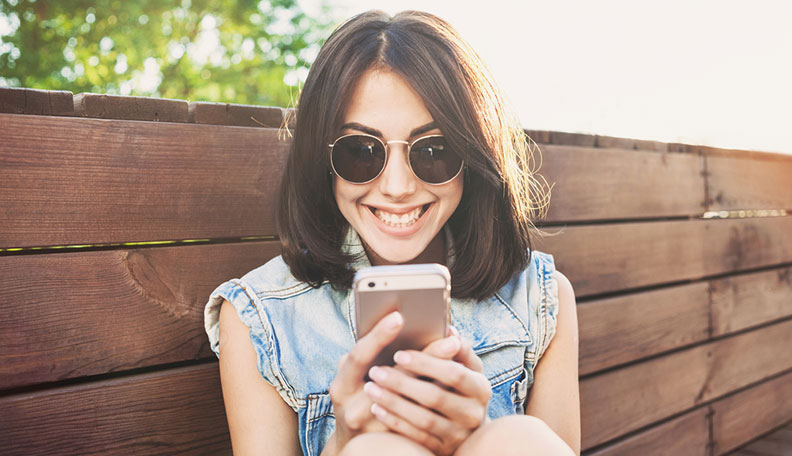 Want to really get inside his brain and find out what makes him tick? Let us show you how with these 20 good questions to ask a guy.

Getting to know someone can be easy at first. But what happens when you get past all the obvious, generic questions like, “What’s your favorite movie?” or “How many siblings do you have?” Getting to really know someone takes a bit more cunning and knowledge of how to see through the smoke screen he puts up. There are good questions to ask a guy to really loosen him up and get him out of autopilot answers.

Maybe you’re on a date and the conversation stalls a bit, or maybe you’ve been seeing each other for a while but you’ve started running out of things to talk about. You may just want to shake him up and keep him from feeling nervous around you. Some people are a bit too shy to open up straight away. But when asked the right way, there are some questions that’ll intrigue him and have him telling you more.

20 good questions to ask a guy

Make sure to keep the questions open-ended, to not put him off or give him the opportunity to disengage with you. He might be a tough nut to crack, but these questions should at least keep the conversation going and really help break him out of his shell. So, try these 20 good questions to ask a guy if you really want to get to know him.

#1 What’s your ex like? Most guys who tell you their ex is crazy or a bitch, are the ones to be cautious of. Generally, if he has nothing but bad things to say about her, it’s because he’s either not over her, or he’s the one that turned her crazy. [Read: 16 types of guys to avoid like the plague]

#2 What’s your relationship like with your family? The way a guy relates to his parents is a good indication of what kind of a person he is. They’re the ones who taught him his first impressions of what relationships were all about. In most cases, they taught him how to treat women. If they’re good people, chances are he’ll be a great person too. [Read: How to emotionally connect with a man]

#3 What’s your political stance? Politics either bring about a fruitful, interesting discussion, or spiral into a long-winded rant. Depending on how compatible you are politics-wise, you’ll get one or the other. If he ends up ranting, then he’s probably not right for you.

#4 Do you believe in monogamy? This is a tricky one. Depending on what you’re after, you either get the perfect response or hear something you wish you hadn’t. In most cases, if you’re looking for a relationship, hearing that the dude’s just not down with monogamy can be an instant spark killer.

#5 What’s your biggest accomplishment? Hearing someone’s biggest accomplishment puts into perspective what their priorities actually are. Some guys boast about how much money they make, their year long stint working in an orphanage, or the best frappuccino they ever had. It’s up to you to determine what is and isn’t shallow.

#6 How would you describe yourself in one word? This is one of those perfectly good questions to ask a guy because it reveals so much about him, and it’s coming from his own mouth. When women describe themselves, their habit is to be self-deprecating. When men describe themselves, they tell you EXACTLY who they are. If a man tells you he’s lazy, generous, stingy, selfish, or talented, believe him.

#7 What job would you have if money was not an issue? A lot of people put their passion to the side in order to get a “normal” job, so seeing where his passion lies when money has no bearing on his life gives you an interesting insight to him. [Read: 13 ways to know if he’s a gentleman or a player]

#8 What’s the dumbest thing you’ve ever done? Most people can be reckless at times, but there’s a difference between messing up at an important meeting and sleeping with your best friend’s wife. Or accidentally burning down your house. Or wrecking your car while drunk. Be careful what he justifies by saying it was ‘just a dumb decision.’

#9 How many hearts have you broken? Every man breaks at least one heart. So, if he says none then he’s either lying because the number is much higher than he wants you to know, or he’s incredibly naive. Or emotionally disconnected. Or both.

#10 If you could master any craft or subject what would it be? This question brings out a side of him that indicates any hidden talents he has. It also shows you his deeper interests and what kind of ambitions he has. A man who doesn’t want to get better at any subject or craft is a man with no passion in life.

#11 What’s your favorite animal? Most people are either cat or dog people, and this helps you figure out if you both feel the same about pets. That being said, some of the most interesting people have equally interesting favorite animals. It’s also worth noting that you should rarely trust a man who hates animals or wants nothing to do with them. [Read: 22 early warning signs of a shitty boyfriend]

#12 What’s the best thing that’s ever happened to you? Finding out what a man values above all else is an important step in finding out more about him. He may say it was the time he met his childhood hero, when he got his driving license, or when he got a huge promotion—there’s so much to learn from his answer.

#13 How many times have you been in love? Always be incredibly cautious of men who have made it pretty far into their lives and never been in love. I’ve known a few who claimed to never have loved any of their exes. They always turned out to be emotionally stunted. Men who don’t know how to love someone else can’t be changed by you, they need to be able to change themselves.

#15 If you could change one thing about yourself what would it be? A man either acknowledges his flaws and is honest about them, or openly ignores them and pretends he’s perfect. No one’s perfect. Everyone has something they’d change about themselves, so see how honest he’s willing to be.

#16 Star Wars or Star Trek? Every man has an answer to this. Asking this question either shows you he’s a massive geek, or he’s not interested in either franchise. It’s up to you which one you find sexier.

#17 What’s your life mantra? What words of wisdom does he live by? What philosophical quote speaks to him the most? What thoughts get him out of bed in the morning? Having a strong life mantra can be very powerful when it comes to shaping your values and motivations. [Read: 14 easy mantras to live by and transform your life]

#18 What’s your deepest fear? Finding out what terrifies someone can be incredibly illuminating in figuring out what makes them tick. Some people are scared of losing control, failure, or missing out on new experiences. Finding out what keeps him awake at night shows you a darker side of him he may not normally show.

#19 What’s one mistake you wish you could redo? We’re all only human and we make mistakes all the time. For most people, there’s that one thing we wish we could go back in time and remedy. Finding out his shows you what he values and how much he is open to change. [Read: The 20 qualities in a guy that makes him a really good guy]

#20 What would your autobiography be called? A lot of people secretly dream of penning a series of memoirs one day. Find out what his would focus on. Is he the hero in his own story or the misunderstood villain? Would his book be a comedy or a tragedy? This question is pretty revealing, and sometimes sets the whole tone for who he may be deep under all the bravado and cologne.

[Read: The top 35 flirty questions to ask a guy to see if he’s interested in you]

Use these 20 good questions to ask a guy to really get to the bottom of who he is and get him out of his comfort zone. Once you’ve asked them, he’ll never be able to hide his true self from you again.