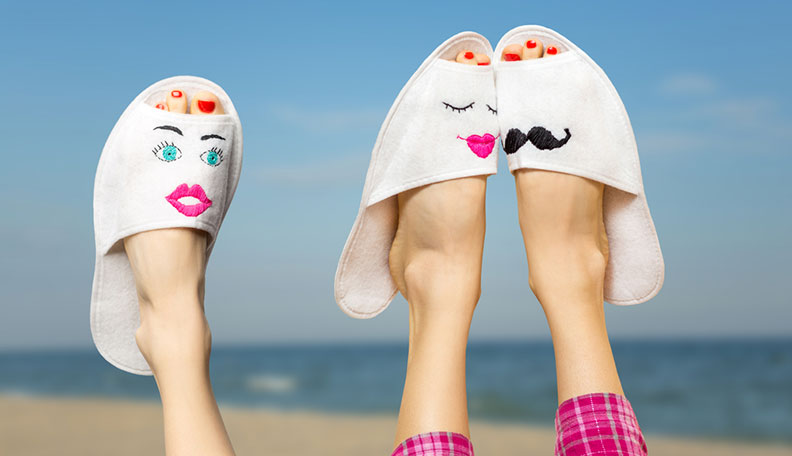 It’s always good to know where you stand in a relationship. If you’re not sure what’s going on, it’s time to figure out the signs you’re the rebound girl.

I wish someone would have told me how to understand the signs you’re the rebound girl. There have been some dates where I couldn’t believe the guy I was sitting across. He was attractive, funny, charming, and tall. He was the dream guy. On top of that, he was into me.

What more could a girl ask for? But then as the date continued, I learned he just left a long-term relationship. Now, in the moment, I didn’t care. His beauty completely consumed me.

I had no idea what it meant that he just got out of a relationship. But I was naive, and he wasn’t looking for anything serious. So, what happened? I became the rebound girl. Of course, I didn’t know that right away. [Read: Rebound relationship rules to follow for a slam dunk]

Not knowing you’re the rebound girl in a relationship sucks. All this time you think he really likes you and it’s going to progress into something serious. Meanwhile, he never planned on being anything more than casual with you.

So, figure out where you stand with him. I know you don’t necessarily want to know if you’re a rebound girl. But, trust me. It stings less if you find out now rather than months into the relationship.

That way, you decide for yourself what you want. If you’re cool with being the rebound that’s fine, not everyone wants something serious. But if you want more from him, know where you stand.

It’s time to know the truth and the signs you’re the rebound girl.

#1 They just left a relationship. This is one of those huge signs you’re the rebound girl. If it’s only been a couple of weeks or months since they were in a relationship, you may be the next woman. Either way you look at it, jumping from one relationship to another isn’t a sign of an independent partner. At the same time, they’re the only person who knows when they’re ready to move on. So, be careful. [Read: The early warning signs of a bad boyfriend]

#2 You’re all over their social media. Every photo they post has something to do with you. Now, it can look sweet and innocent, but it also could be used to make someone else jealous. If he’s trying too hard to show you off, they’re trying to prove something. And most likely it’s to show their ex they’ve moved on.

#3 They don’t want anything serious. Maybe they’ve told you or hinted to you subtly they’re not looking for anything serious. And there’s a simple reason for this: he just wants a rebound. You’re not the girl for them, you’re the girl for right now. If you’re good with this, great. If you want something more, then this isn’t going to work for you. [Read: Casual vs serious dating – what do you want right now?]

#4 It’s all about their ex. We all have ex-partners who left us scarred, it’s normal. But what’s not normal is talking about your ex constantly with someone new you’re dating. You’re not a therapist. If you’re noticing him talking more and more about his ex, it’s safe to say he’s not over her.

#5 He didn’t have a breakup period. Usually, you take months to grieve and secretly stalk your ex until you move on. But with him, he never had that period to move on from his ex. Instead, he ran as fast as he could to find someone else. This isn’t a good sign. Ask him when he broke up with his last partner. [Read: 13 secret signs your boyfriend is definitely not over his ex]

#6 Your relationship is mostly in the bedroom. Sure, you may go out for dinner or the movies, but most of your relationship is physical. Yes, the sex may be great and passionate, but think about it for a minute, have you actually spent time getting to know each other on an intimate level? If not, you’re a rebound.

#7 His friends are surprised. When they met you, they seemed a little too surprised about you. Probably because they didn’t even know you existed. Or if they did know, they’re shocked you are dating already. Make sure you observe his friends’ reaction and listen to their opinion of the relationship. You’ll find out a lot.

#8 They talk about wanting a girlfriend. The nerve some guys have, I tell ya. If you’re a rebound, he’s probably still looking for an actual girlfriend to be with. As I said, you’re the “right now” girl, not the girl of his future. If he’s talking and seeing other women, you’re a rebound. [Read: 15 signs he just wants sex and is only using you]

#9 You’ve run into their ex more than once. It seems like wherever you go, you bump into their ex. Strange, isn’t it? This looks like they’re purposely taking you to places where you’ll run into their ex. But why? Well, they want to show you off to their ex and show them they’ve moved on. If anything, this is super sad and a waste of your time.

#10 He’s always angry. He always seems to be pissed off about something, yet, you can’t put your finger on the reason why. Well, if his ex dumped him, then it makes perfect sense. He’s angry about the relationship, he’s angry she dumped him, and he’s angry he lost her. And now, he’s channeling his anger and unhappiness onto you. [Read: The 20 big clues you need to back away from your relationship now]

#11 You’re his friend. Maybe you’ve been friends with him for a while, you even know his ex-girlfriend. But that’s not necessarily a good thing. After the break-up, he chose a woman who’s comfortable, someone he already knows. And that someone is you. He wanted to fill the void with someone he trusts.

#12 He’s never been single. As you scroll through his Facebook and Instagram, you see he’s always been in a relationship. In fact, he’s never been single which is crazy. But this is also a bad sign, really bad. He’s never been on his own. He’s completely dependent on being taken. Did he even truly have feelings for all these women? You don’t know. [Read: 13 instant signs to recognize a serial dater]

#13 There are no future plans. While you’re busy pinning furniture ideas for the apartment you plan to move into with him, he’s not even thinking about seeing you next week. There is no future plans conversation shared between you because he doesn’t see you in his future.

#14 You’re compared to his ex. Gross. Who wants to be compared to someone’s ex-partner all the time? If he compares you constantly to his ex, it looks like he’s not over her. It could also mean he started dating you because you share similarities to his ex which comforts him. [Read: Understanding what a rebound relationship is and how to tell if you’re in one]

#15 He would take her back. The way he talks about his ex, even though he’s angry about the break-up, you sense he would take her back in a second. If you sense this, then you’re probably right. When he talks about her, his eye brighten or you see he’s creeping her profile. It’s clear he wants her back. [Read: He’s not ready for a relationship right now: Wait or walk?]

[Read: How to get a guy to forget his ex and date you instead]

PREVIOUSHow to Write a Dating Profile for Women: 9 Rules You Mustn’t Ignore
NEXTHow to Show Affection in a Relationship if It Doesn’t Come Naturally