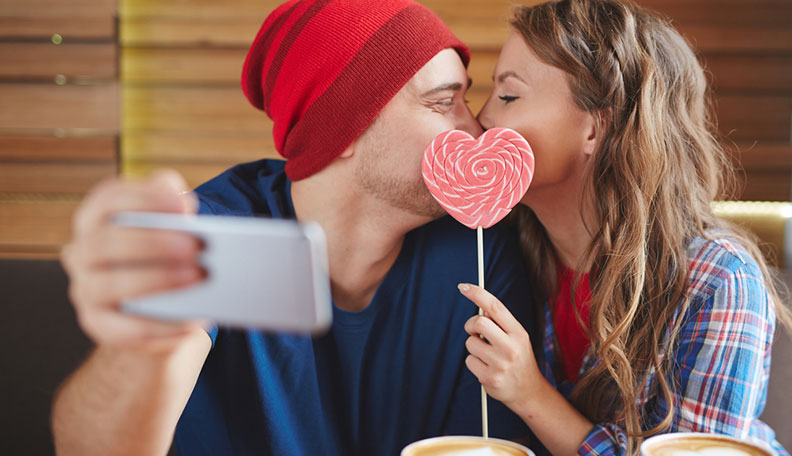 Although men can be defined as more than being emotional or macho, they still fall under the two categories. Here’s why sensitive men might be better.

This isn’t to say that macho men can’t make good partners but rather, sensitive men might have something better to offer depending on who you are. There are a lot of benefits to dating someone who’s more sensitive instead of going for the strong, manly-man type.

Of course, this might completely depend on your taste. The bottom line here is that sensitive men might surprise you with all they have to offer. The benefits of dating a guy who’s not afraid to show his feelings are pretty extensive. [Read: 20 things you need to know about dating a sensitive person]

The mistake too many women make when finding a man

Let’s be honest for a minute. Women, including myself, make a lot of mistakes when finding a man to be with. One of the biggest mistakes, however, is only dating guys who check off things on your “list.” You know the one I’m talking about.

The list that has all the qualities you need in a man. Sure, you might like those things but if your relationships haven’t been working and they’re the types of guys who check off things on your list, maybe your list isn’t long enough.

Meaning, you may need to branch out. You also may not like those types of men in reality, even if they seem appealing on your list. So dating a few guys who don’t encompass your entire list might be a good idea. [Read: 12 mysterious factors that play a role in emotional stability]

The benefits of dating a sensitive man

Yes, there are quite a few benefits of dating a sensitive guy versus a macho man. This is especially true if you can’t seem to make relationships work with the typical “manly man.” Here’s why sensitive men might be your best bet.

#1 They can relate to you more. Sensitive guys are usually more empathetic. Meaning, they’ll be able to put themselves in your shoes and feel what you do. This makes them able to relate to you a hell of a lot more than guys who aren’t as in-tune with their feelings. [Read: How to be more empathetic and forge emotional connections]

And this often leads to a lot of problems and bickering in relationships. Sensitive men are a lot more open about how they’re feeling and won’t hide their emotions nearly as much.

#3 They’re more understanding of certain issues. In general, they’ll just be more understanding. If you can’t make a date or are running late or have to stay at the office even though you made plans, they’ll be understanding about it. Sure, they might be disappointed, but they’ll get it and it won’t cause any issues like it might with a macho dude. [Read: How to understand a man and his mind]

#4 They’re good listeners. Some manlier men are also great listeners but in general, sensitive men take first place for listening skills. Because they’re empathetic, they’ll know how it feels to be ignored. This will make them want to listen more and ensure they’re making you happy.

#6 They take your opinion into consideration. Not only is this true of all men who care deeply for you, but it’s specifically true for sensitive men. They’ll want to ask your opinion of things before they make big decisions. [Read: 22 big warning signs of a bad boyfriend to watch out for]

#7 They’ll let you take the lead. Sometimes you just need a man to sit back and let you do your thing. Macho men have a hard time letting go of control, since that’s usually a huge part of their personality. Sensitive men, on the other hand, have no problem with their woman being dominant and that might work best for you if you’re an in-charge type of person.

#8 You’ll have better communication. Dudes who are more sensitive tend to be a lot better with communication. Since they’re not worried about being judged for their feelings, they’ll be able to talk to you about issues more easily. This will also make your relationship a lot healthier, too. [Read: A guide for effective communication in a relationship]

#10 You’ll feel better about being vulnerable. First of all, being vulnerable is a huge part of strengthening a relationship. Secondly, sensitive men are vulnerable men. And that means you’ll feel a lot more comfortable opening up to him and showing him a deeper side of you. [Read: 13 ways to know if someone is emotionally mature]

#12 He’ll be more likely to do the little things you need. Like buying you ice cream and a heating pad for that time of the month. Those little things aren’t really required, but they make your relationship a lot better. When he understands what you truly need and what will make your life easier, you’ll be happier.

#14 He’ll probably be better in bed. He knows what you need and he wants to make you happy. Sensitive men are just usually better in bed simply because they care about pleasing you more. They’ll also be better at communicating in the bedroom and that makes for a much better sex life in general.

#15 He won’t be afraid of telling you how he feels. AKA, he’ll tell you when he loves you. And since that’s usually a big fear people have and something you may get insecure about when dating macho men, it makes it much easier. He’ll be open and honest from the start and all of the insecurities you normally deal with won’t be there.

[Read: 20 qualities in a guy that makes him a really good man]

If you’re looking to make a deep connection with someone, start dating sensitive men. They’re incredible, kind, and willing to put it all on the line to find love.

You want to know how to break up with your girlfriend without hurting her,…