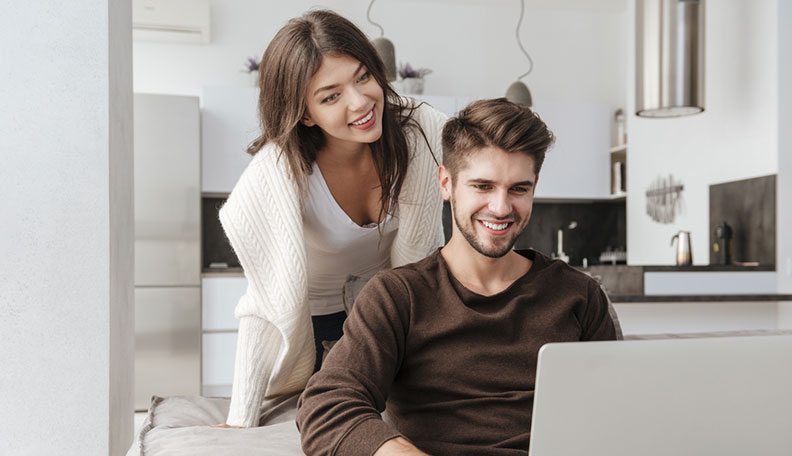 The rules change when you’re in a relationship including social media. Here are the 15 things you shouldn’t do on Instagram when you have a girlfriend.

But don’t think you’re the only one who should be doing this in the relationship. Your girlfriend should also know the boundaries as well. It takes two to tango.

I can tell you that once I entered into a relationship, social media became a challenge for me. Can I like these photos? Can I make comments on my guy friend’s pictures? I think it’s okay, but will it look bad or hurt my partner? These are the questions you need to be asking yourself and your partner. [Read: How to show off your girlfriend on social media in a way that she’ll love]

Relationships can be a challenge, but now with social media a part of our lives,
it can be even more difficult. Sometimes, the lines can blur and make you wonder if what you’re doing is okay or not.

Naturally, a good rule to follow is that if you can’t talk openly about it with your partner, it’s probably not a good thing. But even then, that’s not 100%. Because when your relationship status changes, so do the rules of things you shouldn’t do on Instagram when you have a girlfriend.

#1 Don’t follow your ex. I know your current partner says they’re cool with it, but they’re not. Deep, deep inside of them, they’re not happy about that. And if you’ve truly moved on from them, you don’t really need to follow them on your Instagram.

Now, if you’ve already been following them prior to the relationship that probably will be okay. But to follow them while you’re in a relationship, that’s a no-no. [Read: 20 ways to make your girlfriend incredibly happy]

Can you look at the photo? For sure, no one is telling you not to, but if you want to stay in the safe zone, don’t start liking a bunch of photos of other women. You don’t need to “like” the photo to appreciate it. [Read: How to treat your girlfriend like a queen]

#3 Don’t DM other women. You can DM your friends but if you want to DM other women, whether it’s replying to their Insta story or to a photo, don’t do it. Seriously, if you can’t refrain from messaging other women then it’s clear you’re not ready to be in a relationship. I’m not saying it’s cheating, but you’re definitely playing with fire and you know it. [Read: Snapchat cheating and the new trend in the ultimate betrayal]

#4 Don’t be upset about your girlfriend’s photos. I know many men who can’t stand their girlfriends taking sexy photos and posting them on Instagram. I totally understand why guys feel uncomfortable about it.

But listen, unless she’s literally showing off her lady bits, show trust and confidence in your partner. Now, if she’s really provocative, and you’re feeling highly uncomfortable, talk to her about it. Staying in silence will only make it worse.

#5 Don’t hide your relationship. There are some people that never post pictures with their partner on Instagram. I don’t get it? Why are you hiding? If you don’t want other women to know you’re in a relationship, then break up with your girl and be single. If you don’t want to be single, then post photos of you with your girl. Don’t play that game.

#7 Don’t post after a fight. When you’ve had a fight with your girl, you may want to show her how much you “don’t give a fuck.” But why play this game? You do care, you care so much that you want to post “I don’t need you bitch” stories on your Instagram.

Don’t use Instagram as a way to emotionally hurt your partner. First of all, it’ll work, but it will also make you look like a complete asshole.

#8 Talk about it. Listen, you’re not always going to like what your partner posts on Instagram. If you find yourself in a position where what they posted offends you, then you need to talk to them about it. It doesn’t mean they’re going to take it off, nor should you expect them to, but you should make them aware about how you feel.

#9 Don’t get mad about old photos. If your partner has a photo with their ex that they posted three years ago, you cannot be mad at them about that. They probably don’t even remember the photo, but you’re letting your ego do the talking instead of your brain. Pause a moment and think about it before you start a useless fight. [Read: Is your lover’s past rousing jealousy?]

She will post a photo of you together in her own time. With that being said, if it’s been a year and you haven’t seen a single photo, ask her what’s up.

#11 Don’t insult your partner’s Instagram in public. You may not like their Instagram photos, but at the end of the day, they’re dating you. Don’t try to belittle your partner by insulting them and their photos in public. If you have a problem, talk to them about it, but don’t make them feel bad in front of other people.

#13 Don’t become paranoid. I know social media is great but on the other hand, you also know what people do on social media. But this doesn’t mean your partner is off flirting with every guy that tries to DM her. Trust your partner. Now, if you don’t trust your partner, well, this is something else. [Read: Instagram flirting and how it’s secretly ruining your relationship]

#15 If it feels wrong, it’s wrong. I listed the rules, but there are always some things that can’t be directly answered as wrong and right. Listen, if it feels wrong when you’re doing it, whether it is wrong or not, it’s wrong for you.

You need to follow your gut. If you think your partner won’t appreciate you doing something on Instagram, then she probably won’t like it. Your actions play a role in your relationship.

What do you think of this list of things you shouldn’t do on Instagram when you have a girlfriend? You’re in a relationship now, things are different.

PREVIOUSHow to Love Unconditionally: Stop Screwing Up & Start Loving Instead
NEXTSnapchat Flirting: What It Really Is & How to Master the Flirt Game