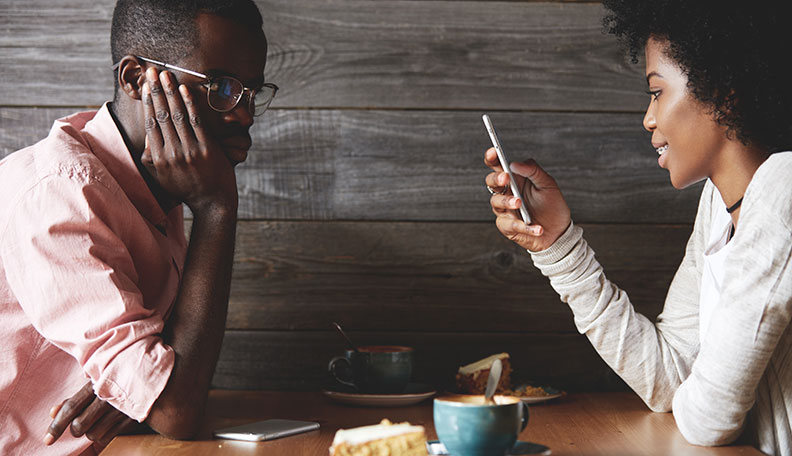 Respect is an essential component of a healthy relationship. If there are signs of a lack of respect in a relationship, it becomes toxic, and it will fail.

No relationship is perfect. Period. Sometimes people we love do things that upset or hurt us, but there is a line that must not be crossed. When these signs of a lack of respect in a relationship pop up, reassess if daily interactions are still grounded in mutual respect.

Disrespectful behaviors that are overlooked then become habits that will gradually eat away the affection you have for each other. Therefore, it is vital to recognize the signs of a lack of respect in the relationship and take corrective measures.

#1 Verbal abuse. Most romantic relationships involve a certain degree of teasing and friendly banter especially if a couple is close or has a long-established relationship before they got together. But if left unchecked, innocent jabs can devolve into verbal abuse. Verbal abuse is not only hurtful, but disrespectful.

Teasing becomes verbal abuse when one partner resorts to personal attacks and makes use of their partner’s personal insecurities against them. If this happens frequently enough, respect will totally fly out of the window. [Read: The 15 signs of a verbally abusive relationship and how to set yourself free]

#2 Invading your partner’s privacy. Even if two people are in a romantic relationship, respect your partner’s right to privacy. Privacy is a human right that’s even protected by laws in many countries.

Being romantically involved with a person doesn’t give anyone the right to check their phones, emails, social media accounts, or written correspondence without asking for their partner’s consent.

Exercising their privacy isn’t a sign that they’re hiding something. If it’s none of your business, then you as their significant other should be the first one to respect those boundaries. [Read: These signs of disrespect in a relationship indicate a lack of love]

#3 Embarrassing your partner in public. What’s worse than subjecting your partner to verbal abuse? Doing it in public where they are most vulnerable. Most people have that cringe-worthy experience of witnessing someone screaming at their partner. If you felt discomfort or shame for the person receiving the abuse, imagine how bad the person must have felt in that situation.

As the saying goes, never hang your dirty laundry in public. If you argue, do it in the privacy of your own space for both your sakes. Public shaming digresses way beyond the realms of disrespect. It can be considered a form of emotional abuse and one of the clear signs of a lack of respect in a relationship.

#4 Invading your partner’s personal time. Surprising your partner with flowers or a home-cooked meal at work is considered sweet when done occasionally, but invading their personal time with friends, family, or work time when they’re busy is downright disrespectful.

Just like privacy, each individual is entitled to their personal time where they can enjoy activities alone. Disturbing this shows a clear disregard for their needs. [Read: 18 bad habits that’ll make your partner want to leave you]

Remember, proper communication is one of the key foundations of a lasting relationship. When one partner fails to listen, it damages the relationship. There’s a reason why you allow a person to finish speaking before you say your piece. Whether it’s your boss at work, your parents, friends, or your partner, not interrupting their speech is a form of respect. [Read: How to fix a toxic relationship… or is it too far gone?]

#6 Always late for dates or appointments. There are times that we brush off our partner being late once or twice. After all, extend a little patience. Don’t ruin your day by getting all angry because they’re a little late.

But if your partner is consistently late to everything, it only shows that they don’t value your time and effort. If you wouldn’t dare to be late to a meeting for work, then show up on time when seeing your significant other.

Time is a precious commodity. If a person blocks off a part of their busy schedule to spend time with you, it’s a sign that they care. Sudden cancellations, unless it’s for a life-or-death reason, is a big slap on their face and only shows that you don’t value their company at all. [Read: 16 characteristics of a narcissist that give them away instantly]

#8 Your partner only meets you when it’s convenient for them. A relationship follows a form of a social contract in order for it to work. To a certain degree, both partners must participate in the activities of the other. And mutual effort should be exerted by both partners. Once you disrupt this balance and one person does not extend the same effort as the other, it shows disrespect towards the other.

A healthy, respectful relationship has both partners extending balanced effort and patience to spend time together. After all, true love is motivated and no matter how far, how tight the schedule, and how bad the weather is, a healthy relationship will have both partners find a way.

#9 Belittling achievements. It can be common for one partner to be more successful than the other. After all, people are not equal in abilities or their drive for success. Healthy relationships are partners supporting each other… even if their achievements don’t necessarily match.

If this inequality becomes fraught with envy or arrogance with one partner belittling the other, then the resulting interaction might become hostile and disrespectful. [Read: The rules to be a good partner in a relationship]

#10 Breaking promises. A promise to your significant other, no matter how simple, carries a great weight and responsibility. Breaking a promise damages trust and respect within the relationship. Breaking your promises devalues your word and reliability. It might even put your ability to commit in question.

#11 Disregarding their dreams and plans out of selfishness. As relationships grow, partners make big plans as a couple for their future. Often, they compromise on a plan that considers both their individual plans and goals. However, if one dominates this conversation and plans without considering what their partner has to say or how this plan may impact the life of their partner. They clearly show that they don’t respect the needs and dreams of their partner.

Aggressively pushing a plan built on one’s own selfish interest will lead to a strained relationship and a bleak future as a couple. [Read: How to spot selfish people and stop them from hurting you]

#12 Badmouthing their partner. If you have a grievance towards your partner, the mature thing to do is to talk to them. Tell them about the problem in person. After all, relationship problems should be communicated to the person directly involved. Letting other people know, even if they’re close friends, is a grave sign of disrespect. Nobody wants to be talked about behind their back especially if it’s their own significant other doing the talking.

#14 Overly judgmental or critical of decisions and actions. A relationship should be a source of support and encouragement. Partners count on this type of reassurance in their difficult times. Of course, people make mistakes and bad decisions along the way, but criticism is never the answer to make things better.

It hurts the most when the person we count on for comfort and support are the first to judge and criticize our shortcomings. Being overly critical and judgmental in a relationship doesn’t only harm self-esteem, but shows utter disrespect towards them. [Read: The real signs of true love in a relationship]

#15 Always taking and not giving back. Romantic relationships are symbiotic. The ones that last the longest are a balance of give and take: love, time, affection, support, and effort. Once this balance is disrupted, it becomes parasitic. The relationship becomes mentally and emotionally draining for the partner who does all the giving.

Taking from a relationship without a thought of giving back is pure selfishness. People who do such things will sooner or later be left alone. They will find it difficult to establish meaningful relationships later on.

[Read: The 15 traits of selfless love that sets it apart from selfish love]

Whether your friend, co-worker, or romantic partner, all people demand respect for a meaningful relationship to flourish. Any relationship with these signs of a lack of respect in a relationship is doomed to fail.