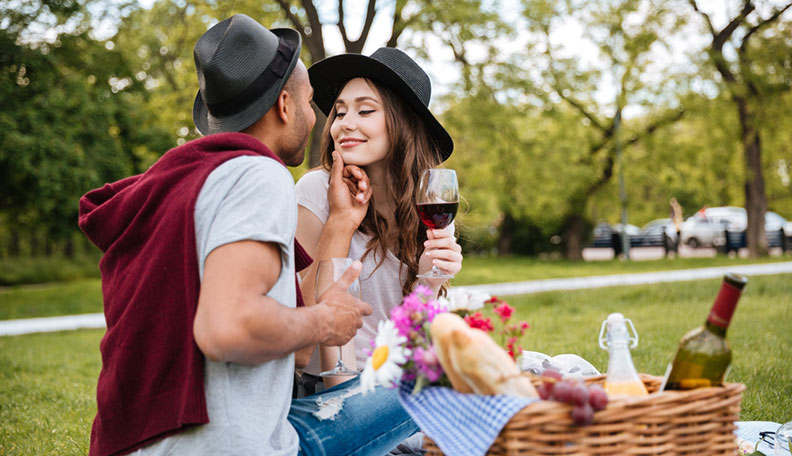 You’ve hit that six month anniversary milestone. It’s time to celebrate! Or, is it? What does this significant time actually mean?

When you start dating someone, every single week feels like an achievement. Those first few months of dating are exciting and take away your appetite and sanity! Put simply, the honeymoon period might be blissful in some ways, but it’s confusing and stressful in others! For that reason, you’d be forgiven for thinking that when you hit the six month anniversary mark, you can exhale and breathe normally.

You’ve been dating for half a year, and that’s a long period of time in anyone’s life, especially in romance measurements. The problem is, many people misinterpret the six month mark to mean something extremely significant. Don’t get me wrong, celebrate it and be hopeful that the confusing times of early dating are behind you. Just be careful how far you go.

Six months is a long time, I’ll give you that. However, it’s also a short enough amount of time to cause panic and stress if you push things into serious territory before your partner is ready.

[Read: Dating or in a relationship? The 14 signs to know your true status]

Let me tell you a story

I do love a good story, but let this be a cautionary tale.

Looking back on my early 20s, I cringe. I was so keen to move relationships on before they were ready and lost great opportunities to get to know people. Simply because I was in such a rush. There was one person I adored, seriously. They were my world for literally six months. Everything had been perfect, and when that magical six month anniversary rolled around, I thought “this is it!”

No more early dating nightmares, no more second guessing and confusion. I’d finally found The One.

Now, this person could very well have been The One, but I messed it up. How? Because I pushed things too far, too soon.

[Read:  20 signs you’re wasting time in a one sided relationship]

You might be rolling your eyes at this point and thinking “no girl, no! If you feel it, you go for it!” But you see, that’s what I thought and it didn’t get me very far. My apparent The One didn’t appreciate my pushing. As a result, they ran off to become someone else’s The One. The last I heard they were married and living in some exotic land with endless beaches.

I know, it makes you sick, right?

How to avoid the six month anniversary mistake

For that reason, I don’t want you to make the same mistake as me.

The six month anniversary should be celebrated. Go and have a great time, but avoid putting too much importance on what it actually means. That’s where I went wrong, I asked what six months actually meant for us.

It meant nothing more than we’d been together for six months, and we were seeing where it went. I realize that now, but at the time I thought it meant big things were on the horizon. [Read: 19 clear signs the two of you are ready for a serious relationship]

Does the six month anniversary mean you’ve found a keeper?

It might… or it might not. People split up after being together for eight years plus. I know, depressing thought. You cannot reach a safe point in a relationship where you can assume 100% that you’re going to be together forever and nothing will ever break you apart.

Okay, I’ll admit that some people will hit that six month anniversary and walk down the aisle a few months later. It happens, I’m not going to disagree, but those are the lucky ones. Who is to say that they’ll stay together? Let’s hope they do, but it’s not guaranteed, nothing is.

I didn’t develop the “let’s go with the flow” mentality until a few years later. I wish I had seen it sooner, but I guess you live and learn. [Read: How to avoid falling into an instant relationship and take things slowly]

So, I want you to take my advice and chill the hell out. Mark that six month anniversary down in your diary or on your phone. Then, go out and have a great time together. What I don’t want you to do is make a huge deal out of it. Use it as an excuse to have a great night, perhaps do something together you’ve never done before. DO NOT use it as an excuse to have The Talk. [Read: How to talk to someone about defining the relationship]

Do not have The Talk on a night like this, I beg you.

Should you know where you’re going after six months?

A friend is always telling me that if you don’t know where you’re going with someone you’re dating after a few months, they’re stringing you along and you need to get out. I totally disagree.

Where do you stand on this?

I don’t think you can ever really know where you’re going until you’re actually there. Doesn’t that take half the fun out of seeing what happens? If you plan everything out and know your agenda for a relationship, nothing feels fun or spontaneous. How boring!

I can see where she is coming from to a certain degree. You want to know that you and your partner are on the same page. You want the same things, but that doesn’t mean that you set out a timeline for when those things will happen. I realized a little too late that six months was far too soon to be talking about timelines!

It comes down to compatibility and communication. Sure, talk about what you want in the future throughout your relationship, but don’t make it a running dialogue unless you really must. I would also advise against talking about it when the six month anniversary rolls around too! [Read: What does exclusive mean? 15 signs that reveal the stage you’re in]

Just enjoy it for what it is

Some people freak out and run when they realize that they’ve been in a relationship for a semi-long time. While six months might not seem much, it is half a year. I had a friend *I know, I have a lot of relationship drama friends* who went out with someone and when they hit the six month mark, they ran away, never to be seen again. The whole milestone freaked them out, and they panicked.

Now I think if someone is going to run away when you say “Wow, can you believe we’ve been together six months,” you’re better off without them. However, I can totally understand why they might feel suffocated and pressured if you take that easy-going comment and turn it into a “so, when are we getting married?” or “my friend and her partner were living together by six months”.

Do not measure your six month anniversary progress points by those of your friends. We all have our own journey, with our own timeline, and our own successes and failures. That is what makes life and relationships so much fun, although you probably won’t agree at the time!

What does the six month anniversary mean? It means you’ve been together six months. That’s literally it! If you can keep it light and celebrate the fact you’ve come this far, who knows, maybe in six months more you’ll be celebrating a one year anniversary!