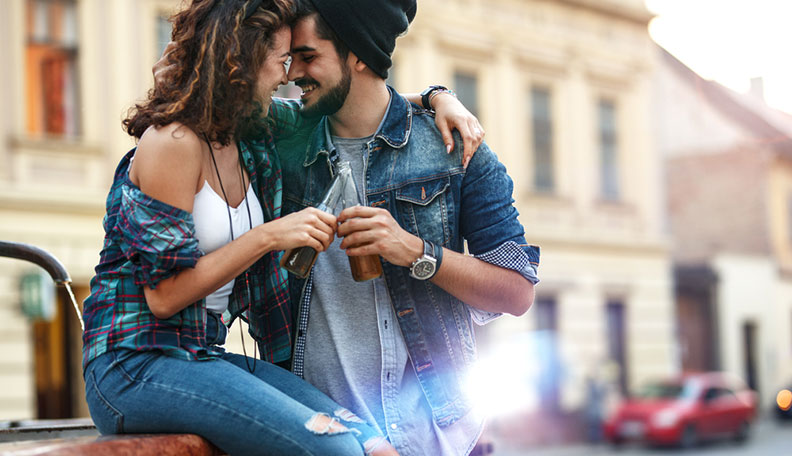 There’s tons of advice out there about choosing the right person for you, but this is what real wife material looks like. Find you a girl like this.

Finding that one special woman to be your wife isn’t an easy task. You’ve probably dated a lot of different girls and just couldn’t make it work with them. But maybe that’s because you weren’t looking for a woman who’s wife material but rather, you were just looking for a good time.

And there is a major difference between the two. While a woman who is wife material can certainly be super fun and a good time, the girl you look for JUST for a good time usually won’t make a great spouse.

Making the decision to look for love instead of fun

The exquisite qualities that make a woman wife material

If you’re trying to find a girl to make your wife, you’ll have to look for some very specific qualities. If she doesn’t have these, don’t waste your time trying to put a ring on it. Here’s the type of woman you need as your forever person.

#1 She has her own life. You want a girl who is happy in her own life and is doing her own thing. These girls usually have the least amount of emotional problems because they don’t rely on anyone for happiness. That’s the type of girl you want to marry.

#2 She’s funny. And this isn’t just meant for you to go out and find the funniest girl according to other people. However, YOU have to find her funny. Your sense of humor has to match hers because that’s super important in a long-term relationship. You want to marry the girl that makes you laugh until your stomach hurts and vice versa.

#3 She has ambitions. Now, a lot of guys will call an ambitious girl intimidating, but don’t you want one of those? Don’t you want a girl with dreams and drive? She’ll be kicking life’s butt and it’s better to have a girl like that on your team. Plus, if she has ambitions, it means she values more than just a relationship in life and that’s very important.

#4 She’s supportive. She has to support you and your dreams. You can’t be with someone who puts down your ideas or makes them seem trivial. Don’t marry a girl who doesn’t believe in you. This person will be cheering you on for life so make sure she’s cheering for the same things you are.

#6 She’s opinionated. I don’t mean this word to be synonymous with “bitch” because it’s not. I mean she doesn’t change her opinion just to agree with you. You need a girl who can stand her ground and stick with her beliefs. Why? Because one of her beliefs will be you.

#7 She doesn’t take your shit. Every guy needs a girl who won’t deal with his self-righteous attitude. She needs to keep you grounded and remind you of the important things in life just like you’ll do for her. Being able to hold her man down is definitely wife material.

#8 She’s kind and caring. You should just want to surround yourself with people like this in general but it’s especially important to marry someone like this. Why would you want to be with someone who’s mean? She’ll be with you forever and she’ll take care of you forever. You want someone who’ll take that to heart.

#9 Your morals and values align. This is just a must. You can’t marry someone if you don’t agree with their morals and values. You can easily have differences in your lives, but these things have to match. If they don’t, you’ll end up getting into all sorts of fights about stuff that neither of you will budge on.

#10 Your future plans line up. If you want to travel the world and she wants to stay in one place and raise a family at a young age, you can’t marry her. Those things just don’t work. And if either of you gives up something TO make it work, you’ll end up resenting each other and no marriage can last with resentment in it.

#11 You can argue without it turning toxic. Couples have to be able to argue and discuss things without becoming toxic to each other. So basically, you have to marry a woman with good communication skills, a woman who doesn’t run away or shout insulting profanities at you when you disagree.

#12 She takes care of herself. This isn’t about her looking amazing or anything of the sort. This is about her caring about her health and well-being. You want a woman who wants to be healthy for her sake because that shows she respects herself. That shows that she’s willing to put in the work to live fully and healthily.

#14 She loves you. This should be an obvious one but it should still be said. A girl who’s wife material will love you unconditionally. She’ll be there in ways nobody else has been and she’ll make you feel better than anyone else ever has.

#15 You love her. This is also a no-brainer, but here it is. You’ve got to love her more than anything. You have to be willing to put her happiness above your own. You feel that way about a woman, and she’s definitely wife material. So put a ring on it.

Finding a girl who’s wife material is different for every guy because you don’t all want the same type of women. Overall, however, finding a woman with these qualities will certainly make for a good wife.