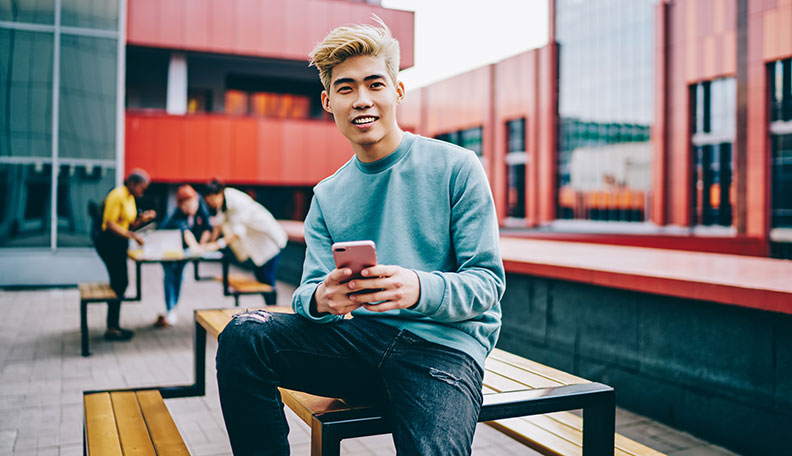 You’ve dipped your toes into the dating world, and it seems you keep running into guys who play games. Now you’re wondering, why do guys play games?

The dating world is tricky. Just when you think you found the right guy who makes your heart flutter, you begin to wonder why do guys play games!

When you start dating, you go in with an open-heart, thinking everyone wants to find love. And listen, most people are trying to find love, both women and men. But no one is without their issues. People are loaded with baggage and trauma from their past relationships. And this is what makes dating so challenging.

Though you may be going in with honesty and trust, people around you have different experiences that make them act in certain ways. I’ve been played before by a guy, and of course, I had the urge to point the finger at the male population and label them all like this, but that wouldn’t have helped.

It would make me feel better for a short period of time, but labeling an entire gender as jerks or assholes won’t help you find love; it’ll just make you bitter and resentful.

So if you’re wondering why do guys play games, I want to start by saying that not all guys play games. In reality, most men aren’t like this. And if you happened to run into someone who does play games, know this isn’t every guy out there. If you constantly continue to run into guys who are playing games, it’s important to reflect on yourself and see if your actions are attracting these guys.

For example, what do you want? Are you looking for a serious relationship? Something casual? More importantly, do you express your needs clearly to the men you’re dating? Do you create firm boundaries? These are questions you need to ask yourself while reading this article because dating is a two-way street. That being said, games aren’t fun, and if you’re wondering why do guys play games, here’s your answer.

Why do guys play games with you? 11 reasons why some do this

Not all games are fun.

#1 He’s testing the waters. He’s not sure where you stand and how you feel about him. So, he’s testing the waters, seeing your reactions. He may be scared to make the first move, fearful of rejection, and his hot and cold behavior will make you feel like he’s playing a game. Fear of rejection is huge for men, as they have pressure to make the first move.

#2 He’s just not that into you. Now, there are some guys who just don’t give a shit about your feelings. They’re doing whatever feels good for them at the moment, without considering how you may feel. Some guys enjoy the ego boost of having a couple of women at their disposal, stringing you along until you’re not needed anymore.

#3 You’re not clear with what you want. Did you clearly express what you’re looking for? Being wishy-washy isn’t going to attract guys who want a committed relationship. If you’re not sure what you’re looking for, this leaves space for people to interpret what you want. If you want a serious relationship, but are dating someone who’s looking for fun, he’s going to look like a game player. When in essence, you didn’t clarify your needs.

#5 He’s selfish. Again, this isn’t all men. But there are some men who find joy in manipulating women to have their needs met. These men are loaded with insecurities, relationship trauma, and really struggle with entering a relationship in a healthy manner. Their needs aren’t necessarily based on sex. It can be the need of having someone show them affection or someone who will listen to them.

#7 He hasn’t matured. I’d like to think that men and women who play games aren’t actually men and women. They’re girls and boys. This behavior is immature and juvenile; if he’s playing games with you, it’s a clear sign he hasn’t grown up. Real men have respect for themselves and others; they don’t feel the need to play games to get what they want.

#8 It’s learned behavior. You don’t know what he does in his spare time or who he hangs out with. If he sees his techniques aren’t working, but his friends’ methods are, then he may feel the need to try them out. If what you’re doing isn’t achieving your goal, then trying a technique that’s proven to work, will certainly motivate you. Does that mean it makes it right? Of course, not. It just shows he hasn’t grown up.

#9 He’s deeply insecure. When you see a man playing a game, it should alert a red flag in you. Guys who play games aren’t secure in themselves, hence, why they play games. If you’re honest with your needs, there would be no reason to play games. What’s the point?

#11 He was played in the past. People who are hurt will hurt other people. It’s that simple. A woman played a game on him, he was hurt, it traumatized him. And from that day on, he decided to stay a “free man” and play women at their own game. Yawn. This is the formula for almost every chick flick out there. Hurt people, hurt people. And he has yet to process and work through his issues.

If you’re still wondering why do guys play games, you need to realize that both men and women play games, and usually for the same reasons. But this doesn’t mean you can’t find love; you just need to know what you want and be smart while dating.