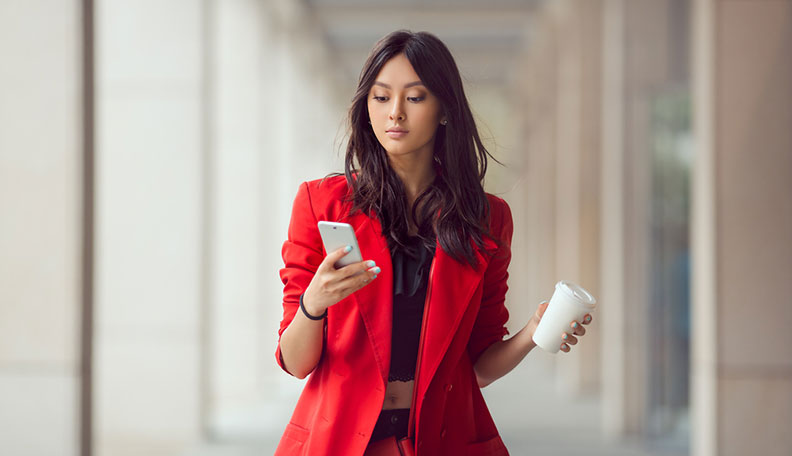 It’s a tale as old as time. You met a girl, she’s amazing, you have a great time together. Suddenly, she disappears, and you never hear from her again. What happened? Why would she suddenly lose interest in you?

The worst part is why didn’t she tell you why she pulled back? These are hard questions to think about, especially when you want to move on.

Why did she suddenly lose interest: The answers and the lessons to learn

Listen, when it comes to relationships, they’re not easy. You never really know what the other person is thinking. It takes a toll. Right when you think everything is going smoothly, boom, things switch completely.

But, you don’t lose sleep over this. If you’re wondering why she suddenly lost interest in you, I have some of the reasons why. Of course, every woman is different, but these are the most common reasons why women lose interest in a relationship.

Dating isn’t always a walk in the park.

#1 She met someone else. I’m not going to lie to you; usually, when a woman suddenly backs away, there’s a strong reason why. Of course, this doesn’t have to be the reason, but if it’s completely out of nowhere, it’s a strong possibility. If she suddenly lost interest, she may have found someone else she’s more interested in.

#2 She grew bored. At the beginning of the relationship, everything is fun and exciting. But once things go into a routine, you see the real relationship. This is often when men and women become bored and stray. This doesn’t mean you’re boring, but you don’t have the connection needed to keep the relationship going.

#3 You were a rebound. Here’s the thing, if you knew she was previously in a relationship, then you were aware of the odds of you being a rebound. For her, she was newly single, met you, had some fun, and moved on. It’s a harsh realization, but it’s important for you to move on.

#4 She changed her mind. What can I say, people, are complex. You can be the most interesting guy in the world, but she realized you aren’t a good match. That has nothing to do with you. In her mind, she didn’t feel you would work, so, she lost interest.

#5 You were too clingy. There’s nothing wrong with showing a girl affection and attention. But if you’re wondering why did she suddenly lose interest, chances are she found it to be too much. It’s not an easy conversation to have with a guy, so, usually, women will back off and act as if they lost interest. When in reality, you chased her away.

#6 She didn’t see a future in the relationship. It was fun and exciting, but she couldn’t picture being in a serious relationship with you. This is something women think about when dating a guy. Can he be someone I see myself with? If she’s not sure, she’ll pull back instead of continuing the relationship.

#8 You’re not a priority. You don’t really know what’s going on in other people’s lives. She may be having a hard time with school, busy with her job, or having personal issues. The problem is she can’t give you the attention you need. She realized that she’s scattered and pulled back on your relationship.

#9 She didn’t want to commit. She may have thought she was ready to commit, but when things became real, she got scared. Not everyone is ready to settle down, and clearly, she realized getting into a relationship wasn’t the right choice for her. Though it’s tough, it’s great that she didn’t drag you on.

#10 You’re not the person she thought you were. When you first met her, you were open and generally in a good mood. Maybe you’re going through exams or having a tough period at work, which is causing you to feel grumpy and anxious. This isn’t bad, but she wasn’t able to handle this change.

#11 It was just a fling. For her, your relationship wasn’t anything serious. Sure, she had fun hanging out with you, but she wasn’t thinking about investing in it. See, it was just a fling. Sadly, instead of telling you that she doesn’t want the same things as you, she quickly pulled back.

#12 You didn’t share the same values. Maybe you went on a date, and the conversation went down a serious route. Of course, talking about the future, your interests, and your opinions are normal. But that doesn’t mean you will agree on everything. If you said something that didn’t fit her views, it probably turned her off.

Relationships aren’t easy. Sometimes it works out, other times it doesn’t. But, if a girl left you wondering, why did she suddenly lose interest, you now know the reasons why.

Rather than engaging in small talk, asking deep questions will help get to know her…