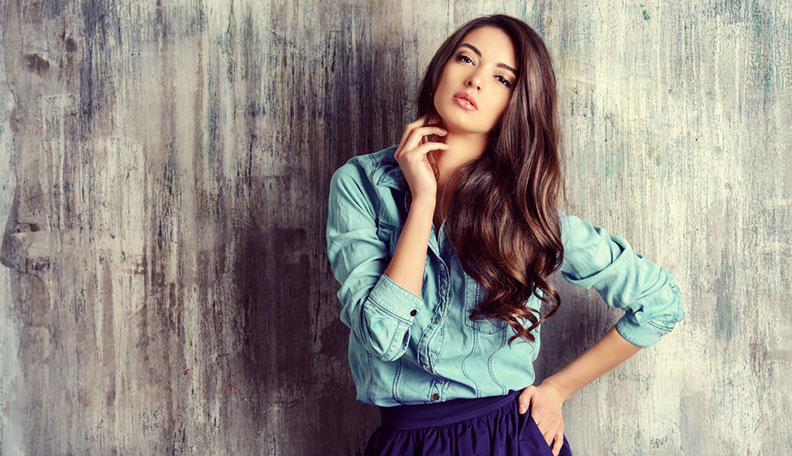 If your boyfriend doesn’t make time for you and is always busy, how are you supposed to react? Refrain from calling him your boyfriend, maybe?

It’s all about priorities, people. If your boyfriend doesn’t make time for you, the bottom line is that you’re not at the top of his priority list.

If you get the love and you trust your partner, can you overlook a lack of attention?

What is a relationship if you don’t spend time together? Is it really a strong union if your boyfriend is never there for you when you need him, or when you simply want to see him?

[Read: The 15 signs he’s ready for a relationship and the subtle hints he’s not]

Now, you might think I’m coming on a little strong here, but I share from personal experience. I had a relationship which was great in many ways, but in other ways, not so great. My boyfriend at the time simply didn’t seem to understand balance.

For instance, I would spend time with friends, family, and him. I would do it equally to ensure that nobody felt left out and also to give me equal amounts of time with everyone I loved and cared about.

The ex? Not so much. He thought spending time with friends was more important than anything in the world, to the point where I was often sent a text cancelling a night out, while he was off enjoying conversation with his buddies.

Put simply, it’s a case of relationship neglect. [Read: How to stop feeling neglected by the one you love]

What should you do if your boyfriend doesn’t make time for you?

There are a few ways you can tackle this problem. Firstly, ask yourself whether this is an ongoing issue or something which has only just started to happen. If it’s recent, is there a reason for it? Maybe a friend is going through a hard time, or a family member is demanding a little attention and he feels bad about not seeing them as much as he used to. Maybe he simply doesn’t realize that he’s doing.

In this case, either wait it out a little and see if things change, or sit down and talk about it.

Personally, I have never been known for my patience so I would certainly initiate a conversation. It’s normal to feel left out when your boyfriend doesn’t make time for you. Of course you’re going to want to highlight the problem and work out what the issue is. [Read: How to help a selfish boyfriend find balance and change for the better]

Now, a word of warning here. This tactic could be a little gung-ho if it has literally been once or twice when your boyfriend has been a little less than available or has cancelled on you. We’re all allowed to have busy lives on occasion, and it could very well be that he’s busy at work. I wouldn’t advise sitting down and talking about things if it’s literally been only a couple of times.

However, if you’ve been lacking attention for a while, tackle the problem proactively.

I’m going to go out on a limb here and say that sometimes men don’t always realize what they’re doing. I don’t mean to sound negative or particularly nasty here, but from my experience, most men are laid back and don’t always understand what effect their actions have. It is likely that your guy just hasn’t even noticed what he’s doing. Is that an excuse? No, but give him the chance to rectify it, and he will probably prove you wrong. [Read: How to get your boyfriend’s attention when he’s ignoring you]

If not, well, it’s time to ask yourself whether you always want to be a lower priority than everyone else.

Remind him what he’s missing

Another tactic is to make him see exactly what he’s missing out on. Most guys are oblivious to what is going on until it’s in their face. Go out with you friends a little more, post it on social media, and show that you’re having a ball.

This doesn’t mean you do anything bad, you’re simply having a good time with your friends. Why should you sit around waiting for someone who isn’t giving you the attention you deserve? Yes, it a game. Sometimes we play games to regain the attention of someone who is being a little dumb in the love stakes.

The chances are that by being unavailable sometimes, he’ll wonder what’s going on. You’re quite likely to then have a full inbox, several missed calls, and enquiries into what you’re doing tonight. Men work in predictable ways sometimes! [Read: Why do guys come back when you ignore them?]

The flip side of this tactic is that you will boost your own confidence and remind yourself of your own self-worth. Nobody should sit around waiting for someone to deem them worthy of attention. It should be given without even asking. When your boyfriend doesn’t make time for you, he’s basically telling you that other things are more important, and that shouldn’t be the case. [Read: How to pull back in a relationship when you’re giving too much]

Let’s be honest, nobody is that busy all the time. Sure, we go through busy times in life occasionally, but it’s transient. It passes and things go back to normal. If your boyfriend is constantly busy, he’s either super-successful and on the verge of overtaking the founder of Apple in the historical entrepreneur stakes, or he’s just not bothered about making time for you.

It’s harsh to hear, I know, but not making time for someone and failing to rectify the situation when they bring it up, is a message in itself. [Read: Can you actually fix a one-sided relationship before it ends in failure?]

Could it be time to say goodbye?

I don’t like to dwell on negatives, but if you’ve tried several tactics and still not getting attention, it could be time to wave goodbye. Go and find yourself another boyfriend who gives you the time and attention you deserve. [Read: How to make a guy realize he’s losing you – 13 hints that work]

Like I said earlier, a relationship requires three things to function. Love, trust, and attention. It’s like a car in many ways. When one wheel falls off, the whole thing tips to one side and doesn’t work. The engine might still run, but it’s not going anywhere. That’s the reality of a relationship lacking quality time over the long-term.

You see, relationship loneliness is a real thing. It’s why I waved goodbye in the end. There comes a point when your boyfriend doesn’t make time for you over a long period, and you wonder what you’re doing. You see couples around you going out for dinner, spending time together and laughing, and you feel jealous. [Read: 13 needy signs you’re too available for your partner]

You can have that, you just need to have it with someone else in this case. If he isn’t going to give you want you need, then he really doesn’t care enough. It’s not about being busy or feeling stressed, and it’s not about a million other excuses he might come up with. If your boyfriend doesn’t make time for you, especially after you ask him to, the relationship is as mobile as a car with one wheel missing.

[Read: The 16 signs to understand when someone is using you]

When your boyfriend doesn’t make time for you, it can be upsetting. Sure, it happens from time to time, and nobody is perfect either. If it’s a constant deal you seriously need to think about whether you’re in the right relationship.