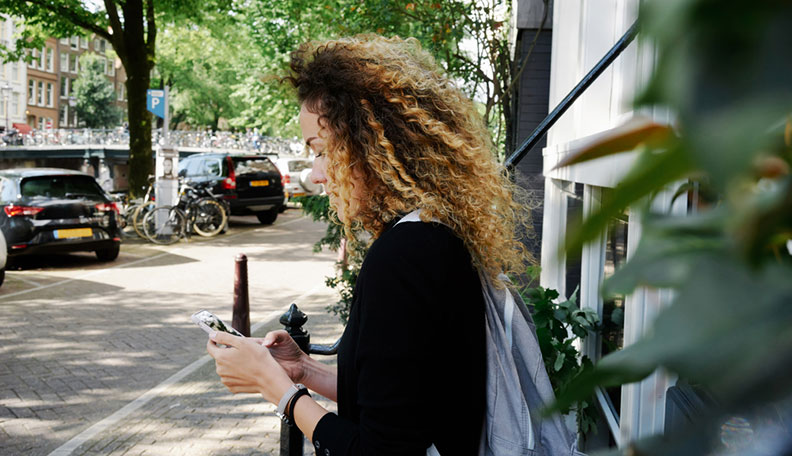 Have you been ghosted by someone you have a crush on? There’s nothing worse than being ignored. But if you have sleepless nights trying to figure out why they’re ignoring you, stop freaking out. I’m going to tell you some of the possible answers to the question, what does it mean when someone’s ignoring texts on purpose. Plus, I’ll give you some tips on how to deal with it when it happens.

What does it mean when your texts are being ignored?

Back in the day, *i.e. fifteen years ago, god I’m old* texting wasn’t a thing. If you wanted to talk to someone, you’d call their house phone or knock on their door. [Read: The biggest clues of people who are emotionally immature]

There was no way to avoid someone, you just had to face them. Now, we’re terrified to answer a phone call from our best friends. What happened?

Listen, I’m known to ignore texts on purpose. I think I can safely say we’ve all done this before, it’s not something new. But when it comes to my reasons, I just don’t feel like talking on the phone… ever. But there have to be more reasons than just that, right? We all cannot hate talking or text.

#1 They’re hinting at you. If you’ve messaged them 300 times prior and now they’re ignoring your texts, well, this is a hint for you to lay off. You could simply be too pushy for them. Now, they’re ignoring you so they can breathe. You’re suffocating them. Sorry, but, it’s true. So, take a couple steps back and let them breathe. [Read: The 13 ways you can avoid being a stage 5 clinger]

#2 They don’t want to talk to you anymore. Maybe the conversation died a couple texts ago or maybe they’re busy. Right now, you texting them isn’t in their plan. So, this isn’t what I would call them ignoring you, unless, they do this all the time, but maybe they simply can’t write at this very moment.

But if this is someone you flirt with or have a crush on, they’re trying to let you down easy without actually telling you what’s up. They’re immature, but take the hint and move on. [Read: How to keep your crush interested on text]

#4 They’re upset with you. Once, my best friend was upset with me because I didn’t see her much. So, what did she do? She ignored my texts on purpose.

There wasn’t anything else behind it, she simply wanted to show me that she’s upset with me. Obviously, it’s an immature way to deal with the situation, but I certainly got the message.

#5 They suck at texting. Some people are truly horrible with texting. Can you blame them? My hands kill by the end of the day. Some people are uninterested in texting. When you see them in person, they’re chatty and social but when it comes to texting, it’s like they have no personality. If they tell you they’re not much of a texter, this is why they’re slow to return your texts.

#6 The conversation died. I know you want to keep talking to them especially if they’re your crush. I’m sorry to tell you, the conversation is over. This isn’t a bad thing, but  know when to stop talking and give some space in between conversations. They can’t last forever. And if you’re just sending emojis, I don’t blame them for ignoring you.

How to deal when someone’s ignoring texts on purpose

Who likes being ghosted via text message? Trust me, I can honestly say no one. I was ghosted so badly once, the guy I was dating was supposed to come to visit me. And right before his flight, he ghosted me and never talked to me again. Pretty rough, eh?

Now, if you’re wondering how I dealt with it, I didn’t handle it very well. I was a mess. But, if you know how to deal with this situation, you’ll be able to come out of it as a better person.

#1 Don’t text them right now. I know you want to get to the bottom of things and find out what’s going on, but for now, give them space. When we’re anxious about losing someone, we flood them with attention in hopes of getting them back but it’s not going to work.

If anything, it makes you look desperate. Then, they freak out even more. Instead, take a step back and play it cool. [Read: Why did he stop texting you? 13 real reasons why]

#2 Send a text after a couple of days. If they haven’t texted you in a couple of days, you can send them a text. But wait a couple of days, give them space. When you text them, see what they’re up to and try to feel out their replies. Are their answers short? Engaging? See how they’re feeling about you.

#3 Don’t attack them. With words, that is. When someone’s ignoring texts on purpose, don’t send them angry text messages, it’s not worth it. If you really want to know how they’re feeling, then ask them. But, it’s best if you just move on.

If someone doesn’t want to talk to you, why push it? Leave them, there are other people that would love to talk to you and not treat you like shit in the process.

#4 Examine your own actions. I can tell you that you did nothing wrong. but I actually have no idea what you did. This is when you need to be upfront with yourself and honest with your actions. Did you text them too much? Were you pushy? If you’re not sure, ask a close friend for their honest opinion. They’ll let you know, and that way, you can change the way you communicate via text. [Read: 20 sure reasons why a guy could be ignoring you]

#5 Don’t sit and wait for them. Odds are, this isn’t going to work out with them. If they’re ignoring texts on purpose, there’s a reason why and it’s not in your favor. What you need to do is move on. Don’t wait for them to write to you because they won’t or at least not now. So, go and live your life, please. [Read: The essential tools you need to forget someone fast and move on]

#6 Don’t make this public. You may be upset, but don’t make a Facebook post about it. People don’t like drama, and if this is a crush, well, you’ll kill any chance of ever being with them if you do this. I know you’re heated and upset, but don’t do anything in this emotional state.

[Read: What is ghosting and how does it affect you?]

No one likes being ignored. But listen, if you’re wondering what does it mean when someone’s ignoring texts on purpose, think about why you’d do the same thing to someone else.