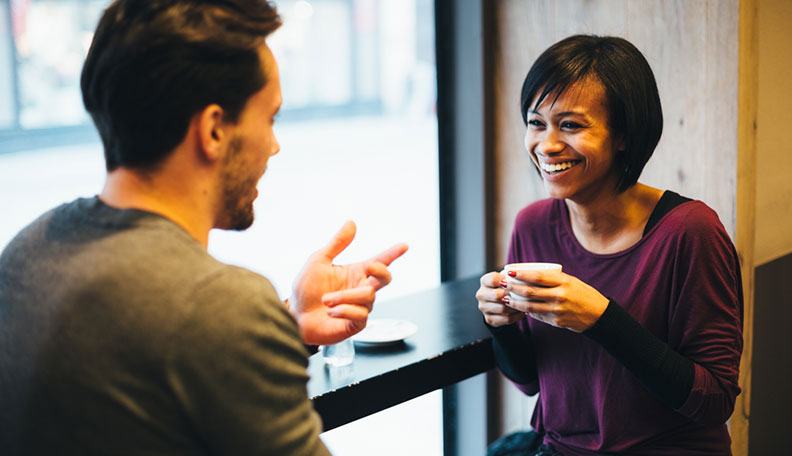 When you are looking for the signs of a pathological liar you need to focus on the reason behind the lie, not just the lie itself.

We all lie, probably on a daily basis. But these lies are usually for our own benefit or the benefit of others. What makes a pathological liar so different is their habit of consistently lying with zero personal gain which makes it even more important you understand the signs of a pathological liar.

You tell people everything is fine when you are having a bad day. You tell a potential boss you’re a perfectionist when really, you’re not. You tell your friend everything will be fine when they are fighting with their partner even though you have no clue what will happen.

A pathological liar’s lies do not get them a job, does not impress their peers, or even get them attention. They simply lie for the sake of lying. [Read: How to get out of a toxic relationship with your dignity intact]

Do you know a pathological liar?

You probably do and may not even know it. Their lies tend to be so pointless they can go for a long time without being caught. Their lies can also be so insignificant that if someone were to know they were lying, it wouldn’t be worth bringing it up.

As I said, we all tell fibs, omit, and lie regularly. Usually, it is for a decent reason. A pathological liar essentially has no reason except their urge to lie.

You may not even realize someone you are close to is a pathological liar until really trying to unravel their stories. [Read: 13 giveaways to tell if someone is lying to your face]

For instance, I dated a guy for six months before really putting together that he was a pathological liar. When we first met, he told me he may be moving across the country to be on a new version of Laguna Beach. Once we started dating I never heard about it again.

Throughout our courtship, I picked up on numerous other lies that seemed out of place. He would tell me he had planned these extravagant dates that never panned out. He would claim that he met celebrities that he clearly did not.

I overlooked it for a long time, thinking it was harmless. But before the end, he tried to convince me that he had cancer which was not true. That was the last straw for me.

So, why did I share this bizarre story with you? Well, because the signs of a pathological liar are more obvious than you think. We ignore them because they don’t always cause problems, but that in itself is a problem.

These lies may not define your relationship or have any benefit or even burden, but they illustrate a pattern of dishonesty. If this person feels the need to lie about something completely irrelevant, what is to say they won’t lie about something meaningful? [Read: 7 signs it’s time to walk away from the liar in your life]

The signs of a pathological liar

You would think spotting a pathological liar would be hard, but in fact, with a bit of focused observation, it is easier than you would think. You just have to know what you’re looking for.

#1 They humble-brag. Ahhh, the humble-brag. One of the signs of a pathological liar is bragging. This person wants to show-off everything they can think of. But, because they are a skilled liar, they won’t always do it in the most abrupt way.

They will have mastered the art of the humble-brag. This means they will try to get away with bragging by adding a touch of modesty to the statement. For instance, they might say they are so embarrassed at something they did while somewhere very glamorous or posh. [Read: 14 types of liars and how to confront them without losing your cool]

#2 They have a lack of guilt. When the average person lies they tend to have a least some sort of guilt about it. Whether you feel bad about fibbing on your resume or telling your best friend you did not hook up with your worthless ex again, you feel uncomfortable about it.

A pathological liar will thrive on a lie. Instead of squirming or feeling like they have duped someone, they show and feel zero empathy or guilt for their deceiving actions.

#3 They show signs of selfishness. We all have selfish moments, but a pathological liar tends to always put themselves first. Even though this person’s lies may not have a clear cut reason, they are addicted to lying. The feeling they get when they lie overrides anyone else’s.

So even if their lie throws someone under the bus, they will still tell it. They may even give gifts to loved ones that really they want. [Read: 15 ways to spot selfish people and stop them from hurting you]

#4 They are often jealous. Although the signs of a pathological liar are clear, the reasons behind them are not always as clear. But, we can assume that a pathological liar wishes that their lies were in fact true. Therefore, someone that does possess the traits and skills they lie about having would make them extremely jealous.

Not only would they have an irrational response to other’s good news, but they would feel the need to outdo them with their lies as well. For instance, if a coworker was promoted, they would be bitter, but also feel the urge to lie about themselves to get more attention and praise.

#5 They get defensive. If you have ever caught a pathological liar in a lie, you know their reaction. It is not apologetic nor fearful, instead, it is often hysterical. They question your questions. They accuse you of not trusting them when they know they are lying.

#6 They are manipulative. The thing about a pathological liar is that they have had a lot of experience lying. This makes them a lying expert of sorts. That means, not only do they lie, but they can get you to believe their lies.

They can even lie so well that they can convince you of just about anything. [Read: The devious signs of manipulative behavior you should never ignore]

#7 They are comfortable lying. Most people are uncomfortable lying. They show signs of lying like lacking eye contact and sweating. But for a pathological liar, they feel most comfortable when they are lying. In fact, for them lying is easier than telling the truth.

One of the signs of a pathological liar is having a hard time telling the truth. They may have a difficult time communicating their true feelings, but when it comes to lies they don’t bat an eye. [Read: 13 giveaways to tell if someone is lying to your face]

That is what really makes them stand out for your average liar. Most people try to hide their lies. They want the conversation that revolved around their lie to change, but a sign of a pathological liar is giving even more attention to their lies. [Read: Understanding the wily ways of an attention seeker]

You start to question your own memory of certain things. When you question them, they are so convincing that you truly believe what they are saying over what you think or remember. This can be one of the first signs of a pathological liar that you will notice.

[Read: 15 ways a pathological liar hurts and confuses you with their lies]