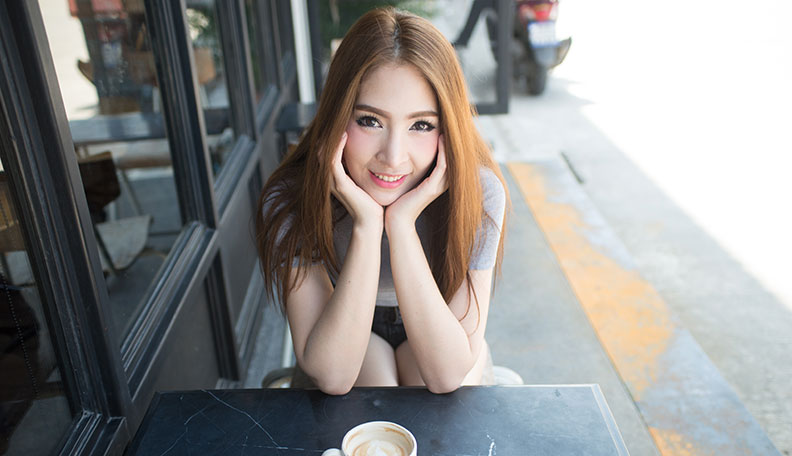 Maybe you’ve been seeing each other or you’re just friends. But it looks like the signs she wants a serious relationship with you are there.

When two people like each other, things can get a little tricky. I know it should be very straightforward, but let’s be honest, it’s never easy when it comes to people. Instead, you navigate the signs she wants a serious relationship with you to see what’s up.

I wish it could be an “I like you, you like me, let’s be together” type of deal, but most of the time, we’re trying to decode each other’s actions and words to see where we stand. Maybe this girl is a close friend of yours, or you have been casually seeing each other. You’re not sure if she’s looking for something serious or not.

Now, you could just ask her. I mean, it would save you a lot of time and energy. But I also understand the fear of being rejected.

[Read: The subtle signs you could miss when you’re wondering if someone likes you back]

16 strongest signs she wants a serious relationship with you

No one wants to pour their heart out and get turned down. I’ve seen it happen, and it really traumatizes people. So, before you ask her if she’s looking for something serious, why not try to look at the signs she’s giving you.

That way you make a move regardless. It’s best to figure out what she wants now rather than later. The signs she wants a serious relationship with you are there, do you see them?

#1 You feel it. There’s just something you feel deep inside of you when you’re around her. You notice she’s acting closer, and making you feel her feelings have become more serious. These are feelings that you can’t necessarily put words to. You just feel that she really likes you and wants something more. [Read: Signs of unspoken attraction that will reveal if someone is into you]

#2 She’s opened up to you. People don’t open up to just anyone they meet. There needs to be a certain level of trust. Of course, just because someone trusts you, doesn’t mean they want something serious with you.

She could see you as a good friend. But if she’s opening up to you, she’s letting her guard down. If other signs she wants a serious relationship with you are also popping out, then this could mean she wants something more.

#4 She touches you. Okay, this doesn’t mean she’s jumping on you and ripping your clothes off. It should be her touching your arm when she laughs or hugging you. These aren’t huge gestures, but they do show a physical connection. Touch is an important part of intimacy, and if she’s touching you frequently, she’s trying to get closer to you. [Read: 15 subtle body language cues a girl gives away if she’s falling hard for you]

#6 She’s making small commitments. She’ll sleep over at your house, leave her stuff there, and always have a date night with you. These aren’t big moves, but when you really look at them, she’s making commitments to the relationship. That really shows she’s into having something serious with you.

#7 She talks about her issues with you. Maybe there’s something about you and her that is an issue for her. But instead of letting it slide, she confronts you on it. And if she does that, she’s interested in improving your relationship, which means a lot. She wants to make this relationship the best it can be.

#9 She drops hints about the future. Oh, she is dropping some crazy hints to you, and maybe you see them or maybe not. But if she mentions traveling with you in the summer or going to her nephew’s birthday in a couple of weeks, she’s trying to make things more serious. [Read: 16 signs she is falling in love with you and wants something serious]

#10 She actively listens to you. There are times when we’re listening to someone talk, but not really listening. Do you know what I mean? But when you’re with her, she really listens. And that says a lot about how she feels about you. If she didn’t care, she wouldn’t be paying so much attention to you.

#11 She’s introduced you to friends and family. Have you met her family and close friends? If so, it’s a pretty big deal. No one is going to bring just anyone home to meet the family. She’s bringing you home to show her family to see what they think.

#13 She makes you a priority. She used to see you only when she had time, but now things have changed. She’ll cancel plans or switch them around if it means she gets some extra time alone with you. That’s a pretty big deal. Once you’ve become a priority in someone’s life, they see you as someone important.15 things women look for in a man before falling for him [Read: ]

#14 She remembers the small details about you. You know, when we’re trying to figure how someone feels about us, we always try to look for big signs. But those aren’t the signs you should be paying attention to. It’s all about the small things she does. If she remembers the smallest details, things you enjoy watching on TV or your favorite flavor of chips, that’s a big deal.

#15 She’s not interested in dating anyone. She’s removed any dating apps she had on her phone and isn’t going on dates with other people. If someone does that, they’re transitioning into a more exclusive relationship with you. If she wasn’t sure about you, she would continue dating other people. [Read: Is she serious or just playing with your heart?]

[Read: The real reasons she’s not emotionally ready for a relationship]

After looking at the signs she wants a serious relationship with you, what do you think? Now it’s time for you to decide what you want from the relationship.