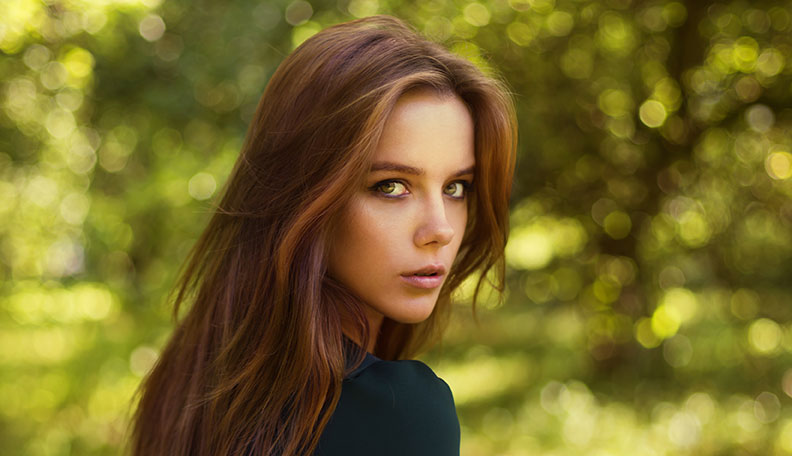 You may cry for them, but it doesn’t mean she’s sitting at home crying about you. Do you know the definitive signs your ex-girlfriend doesn’t want you back?

I get it. You want to figure out if there’s even a chance that you can be together with her again. So, let’s do it. Learn the signs your ex-girlfriend doesn’t want you back. That way, you can move on.

There were so many times where I would sit at home, thinking about my ex. I’d creep their social media, try to connect with their friends, and maybe even like a photo of them. I would do almost anything to get their attention. Why? Well, I missed them. I wanted them back.

Now, did it work? No. It was usually the people I didn’t want back that I couldn’t get rid of—just my luck. But while I tried hard to get their attention, they didn’t care. If anything, they had no intention of getting back together with me.

It’s a hard thing to accept, especially when you’re in pain. Who wants to admit that their ex-partner doesn’t want to be with them? [Read: The guide to understanding if your ex is actually thinking about you]

No one wants to come to terms with this. But, at some point, you must. You don’t really have any other options. If you don’t move on, you’ll be the guy still hooked on their ex from years ago. And that will only keep you back in life.

It’s a tough one.

#1 She tells you. You may be stubborn, but if she’s told you again and again that she doesn’t want anything to do with you, she’s not lying. If someone goes out of their way to be as blunt as possible, take this as the only sign you need to move on. Whether she still has feelings for you or not, it doesn’t matter. She doesn’t want to be with you. [Read: How to stop thinking about someone you still like a lot]

#2 She doesn’t reply to your calls/texts. Maybe you send her a text here and there, but she’s not replying to anything. In the beginning, maybe she would reply, but things have changed. If it’s been weeks or months of her ignoring your calls/texts, she’s over the relationship and making a clean break.

#3 She changed her phone number. Well, if anything, this is a hint you’re becoming too much. If someone goes out of their way to change their phone number, she really doesn’t want you to talk to her anymore. If this is the case, not only do you need to back off but get the hint she’s not interested. [Read: How to recover from a breakup and move forward in life]

#4 You’ve been cut from her family. You were chummy with her mom and had a good relationship with her dad, but that’s ended. If you’ve run into them and they were cold towards you and aren’t interested in conversing, she’s probably told them it’s over, and is one of the clearest signs your ex-girlfriend doesn’t want you back. If you just had a fight, they wouldn’t act like this.

#5 She doesn’t try to reconcile. Maybe one of you screwed up, and the relationship has been called off. But if she’s not taking a step to reconcile the relationship, that’s a sign she’s not interested in fixing things. But this is a sign only if it’s been a couple of weeks or months. If it’s just a few days maybe she wants some space.

#6 “You deserve someone better.” Ah yes, that old line. She’s very loving and sweet but then tells you that you deserve someone else. Well, that’s because she’s trying to let you down easy and hint that you will never be together again.

#7 She’s returned your things. Maybe you had some of your things at her place, but they’ve come back to you. This isn’t because she’s doing some spring cleaning. She wants your things out of her life. Having your items at her house still gives you a reason to talk to her, and she doesn’t want that.

#8 She’s seeing someone else. If your ex still loves you, she wouldn’t try to be moving on so fast. Or at least, she wouldn’t be posting it on social media. But your ex posts pictures with new dates which is a clear sign she’s making. If a new guy is in the picture, you’re out of it. [Read: Why it’s normal to feel strange when your ex dates someone new]

#9 She avoids seeing you. She knows where you go to grab a coffee or the gym you work out at. But she’s staying far away from any of those places. Even places she usually frequents, you don’t see her there. And there’s a reason why. She doesn’t want to see you.

#10 If she sees you, she’s not happy. So, let’s say you run into her. Well, excitement is the last word you’d use to describe her facial expression. She’s not happy to see you. And when she talks with you, you sense anger and irritation. If she had feelings for you, it would be completely the opposite. [Read: How to avoid an awkward conversation with the ex you just ran into]

#11 She blocks you. If she blocks you off of all social media, well, she’s clearly not interested in having you in her life. She doesn’t want you seeing what she’s doing, who she’s with. Nothing. If anything, take this as a hint she’s moving on.

#12 If she responds to texts, they’re one worded. You get more excitement texting your grandma than you do when you text your ex. If her responses are one worded and lack any emotion, that’s a hint she’s just being polite.

#13 She cancels seeing you. Maybe you made an agreement to see each other and talk things over, but she canceled the meeting rather last minute. Sure, maybe something came up, but if she was really interested in being with you, that would never happen. She had a second change of heart and decided it’s a bad idea.

#14 You two are FWB. Sometimes, it can be tricky to know if your ex is over you if you’re still sleeping together. If she’s not looking to have a relationship with you. Now, you are friends-with-benefits. Don’t be fooled by the sex, because that doesn’t mean anything. [Read: What you need to hear about sleeping with an ex you still love]

#15 She doesn’t care you’re seeing someone else. Maybe you’re with your rebound, and you thought it would piss her off or make her jealous, she’s as cool as a cucumber. She’s not interested in who you’re dating because she doesn’t care.

[Read: The signs you need to face that your ex is over you]

I know it’s hard, and you’re probably not going to agree with the signs your girlfriend doesn’t want you back. Eventually, you need to face. It’s tough, but you need to move on.

PREVIOUSHow to Tell When a Woman Is Coming and Recognize a Real Orgasm
NEXTHow to Get Your Life Together: 15 Rituals to Live Your Best Life