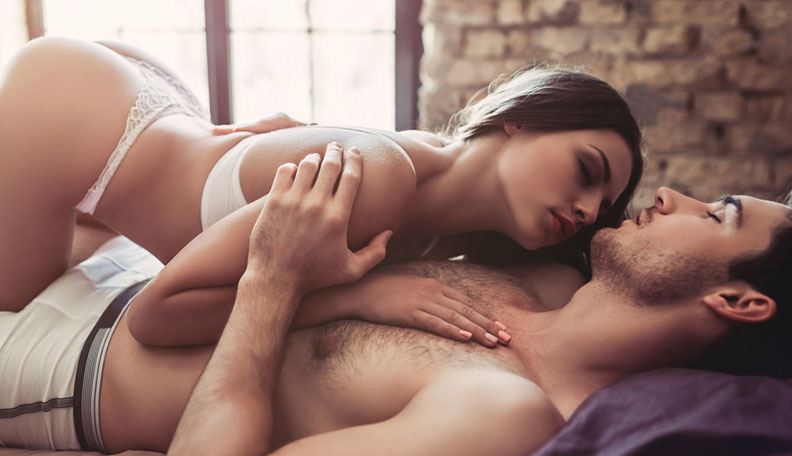 Missionary sex has a really bad reputation. But is it actually deserved? Here are some ways to spice up this sex move often known for being boring.

If there’s one sex position that has the worst reputation, it’s this one. Too many people shut down missionary sex like it’s the worst, most dull way to get it on. Those people, however, just aren’t doing it the right way.

Missionary sex can be extremely satisfying if you know how to make it better. Understandably, it can get monotonous if you do it the same way every single time you have sex. It can also seem less than exciting if it’s the ONLY thing you do during sex.

Switching things up in the bedroom is better for everyone

No matter which position you do, doing it every single time the entire time will get boring after a while. Your body will be used to it and it won’t have the same effect anymore. It might feel good but not quite as great as it should.

How to make missionary sex a lot more exciting

For those who do it right, missionary sex can be very powerful. Hitting the right angles in this position can do an awful lot for both of you. Here’s what you can do to make this seemingly boring sex position the highlight of every romp in the sheets.

#1 Stick a pillow under the girl’s butt. This is the best way you can make missionary feel even better. Basically, doing this creates a more direct angle for the guy to hit that g-spot. Just place a nice sized pillow under her butt and hips so it lifts them up. You’ll both love this position a whole lot more when there’s more pleasure involved.

#2 Use some toys. Why can’t you just throw a toy in the mix? Missionary is one of the best positions to use a toy because there’s so much access. The guy just has to be on his knees upright and he can use one all he wants on the girl.

And ladies, don’t be afraid to request this. If you’re not going to put a pillow under your butt, the least your man can do is throw a toy into the mix. Give that clit some stimulation and it’ll become your favorite position. [Read: 13 must-have sex toys for naughty first timers]

#3 Make it the warm-up. If you’re sick of missionary just use it to warm up. It’s great right off the bat because it hits all the spots and gives the guy every visual he could want – aside from that booty.

Get started after some foreplay and move into something else. You don’t have to do missionary the entire time for it to be effective and feel good.

#4 Make it the finisher. Instead of starting this way, finish with it! Ladies, if you put a pillow under those hips, it’s the perfect finisher simply because it’ll allow you to actually finish.

Plus, it has everything a guy could want. He can watch every inch of the girl and has a perfect place for his load if he decides to pull out. Not to mention the fact that this position just feels great for him. [Read: 13 steamy reasons why slow sex is the best ever]

#5 Bring her legs up. Switch up missionary a little bit by simply bringing the girl’s legs up so they’re draped over the man’s shoulders. It might not technically be missionary anymore, but it’s a great transition from it and it’s still a form of it.

#6 Keep your bodies pushed up against each other. What’s better than the feeling of skin on skin? You can’t get this level of flesh contact with many other positions and it’s truly a shame.

Why? Because there are tons of nerve endings in your skin that can only add to the sensations. That’s not even to mention the pheromones. When your skin touches that much, the pheromones can drive you both wild with a primal need that’ll fuel your sexcapades.

#7 Use some fun lube. Do you ever use lube? Most people avoid it out of embarrassment or just because they see it as an unnecessary hassle. The truth? Lube can be incredible when having missionary sex because it adds extra sensation down there.

This is especially true if you choose a lube that has a certain effect. There are ones that make the sensations even more powerful, create a warming effect, and more. Try some new ones out and missionary will be your new favorite. [Read: How to use lube to liven up your sex life instantly]

#10 Use blindfolds. You know what makes pleasure even better? When your senses are heightened. When you lose your sight, your other senses sharpen a bit and you can feel and hear things more powerfully.

That means missionary sex can get really sexy by just placing a blindfold on someone. Or you can get extra naughty and have both restraints and a blindfold. [Read: 14 sensual ways to use blindfolds in bed]

#11 Get a cock ring. If you want your man harder and bigger, get a cock ring. This is more fun for him because it makes him a lot more sensitive, due to the increased blood flow. And because of that extra blood flow, he’ll be even bigger, which means he can reach that g-spot a hell of a lot easier.

#12 Dirty talk. You can spice up any sex position with some dirty talk. If you’re new to it, just ease in and start with describing what feels good. Then you can go a little bit deeper and really make missionary sex extra steamy.

Being face to face makes talking dirty even sexier. You can easily whisper in each other’s ear while going at it. Talk about kinky!

Missionary sex isn’t nearly as boring as you think it is or as people have made it seem. If you really want to make it feel the best and enjoy it together, these tips will help.