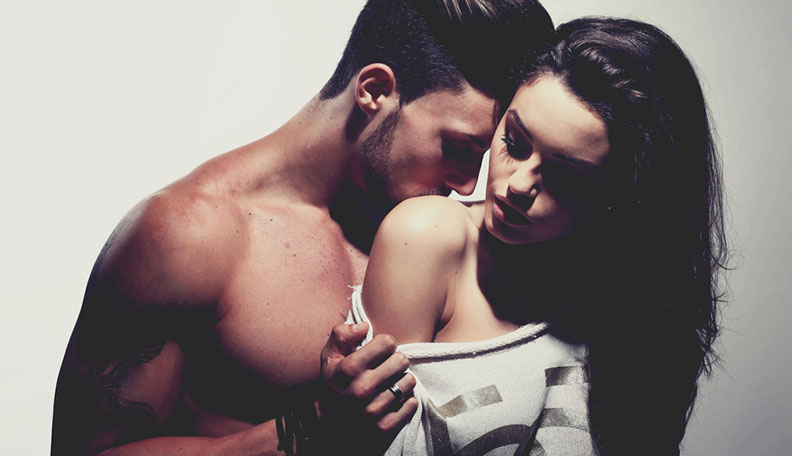 Ready for the best kind of sex in your relationship? It is essential to know how to make sex last longer to make a couple’s sex life more enjoyable.

If you’re wondering how to make sex last longer, there are a variety of tricks and techniques to achieve longer-lasting sex. It may include things as simple as using the appropriate supplements or something more challenging like introducing a change in lifestyle.

There is no strict definition on how long good sex should last. We only know that super short sex is frustrating while a prolonged sex session can be painful. It stands to reason that sex should last long enough for both partners to have enjoyed the experience.

#1 Get plenty of rest the night before. Sex is a strenuous physical activity. And like all sorts of physical activities, it takes a good night’s rest to function and perform to your full potential. Being well-rested gives you all the energy and stamina to keep the clock ticking longer during lovemaking. [Read: How to take care of yourself and not fall apart]

#2 Make sure you are relaxed and in a good mood before sex. People get less enthusiastic for sexual action if they’re worrying or feeling bothered by something. Negative emotions and stress can decrease libido and performance anxiety during sex.

Meditation, listening to relaxing music, or even just doing an activity that’s personally enjoyable helps put your mental state in equilibrium which contributes to longer lasting sex. [Read: A man’s guide to go from zero to hero and last way longer in bed]

#3 Think of something unsexy during penetration. This is an old and simple trick that allows you to buy some precious minutes during sex. Thinking of anything unsexy during the act lessens your level of arousal delaying you from reaching the point of orgasm quickly. Just don’t overdo it! You might lose your erection if you go too far.

#5 Use a thick condom. Some people hate thick condoms due to reduced sensation. But if you’re a guy having trouble with an oversensitive penis during penetration, a thick condom will be your best friend. Thick condoms not only give you more protection, they also allow you to last longer during sex. [Read: The types of condoms and how each of them can improve your sex life]

Most of these sexual-enhancing products are mostly made up of stimulants that prolong stamina or chemical derivatives that mimic the effects Viagra. [Read: How long should sex really last? The real score]

#8 Avoid drinking alcohol or taking drugs. Alcohol and various drugs have negative effects on a man’s sexual performance. When taken before sex, it can cause erectile dysfunction, premature ejaculation, and decreased libido. Long-term use even have worse effects to a man’s overall performance. You may want to cut down or completely quit from drugs and alcohol in order to last longer in bed. [Read: Alcohol’s effect on sex and your libido]

#9 Quit smoking. Just like drugs and alcohol, smoking decreases the quality of sexual performance of males and females alike. Smoking harms the blood vessels in the penis decreasing the blood flow during erection eventually causing decreased sex time. The longer the time you have spent smoking, the more noticeable the effects on your sexual prowess. Quitting smoking will not only improve your overall health but will also make sex last longer.

#10 Focus on longer foreplay. If you’re wondering how to make sex last longer, just start by focusing on foreplay. Longer foreplay prevents overstimulation of your most sensitive parts. It gets you more focused on your partner instead of reaching orgasm.

It is also undeniable that women prefer longer foreplay than penetration. Even if you don’t make it past the two-minute mark after parking your submarine in the pen, the night will still be satisfying for both. [Read: 20 easy moves to last way longer in bed effortlessly]

#11 Take breaks in between during penetration. Taking breaks especially if you’re nearing climax will help stifle the arousal for more action later on. Use your break to do more foreplay, catch a breather, or to tease your partner so that they’ll be more excited for the big finale moments later.

#12 Edging. Edging is a technique where a man ceases penetrative action moments before orgasm. His arousal reverts back to its pre-climax stage, giving him more time for penetration. If you are capable of doing this multiple times during sex, you’ll extend the action for a longer period of time. Additionally, edging makes the final release more pleasurable and explosive than usual. [Read: How to use edging to make orgasming even better]

#13 Use the “squeeze” technique. The squeeze technique calls for the man or his partner to grip and gently squeeze the base of the penis when a man feels that he’s nearing the point of orgasm. This dampens the sensation in the penis, delaying orgasm, and reverts the man back to sexual plateau giving way for more penetrative action.

#14 Adopt a comfortable sex position. Sometimes both partners tire easily because of a difficult sex position. To reduce this fatigue, switch to a more relaxed sex position that won’t make sex feel like a workout.

Positions such as the spoon, the cross, and the sitting positions are known for being comfortable and lessening the physical strain when using other difficult sex positions. [Read: How to make spoon sex hotter than any other position]

[Read: The natural aphrodisiacs sitting in your kitchen you need to try]

Sex that lasts long enough for both partners to enjoy the pleasure is the best sex. Learn how to make sex last longer with these easy steps, and satisfy each other effortlessly.

PREVIOUSHow to Spot the Signs of Low Self-Esteem in a Girl & Support Her
NEXTHow to Hide a Hickey Instantly: 15 Tips to Hide the Naughty Secret