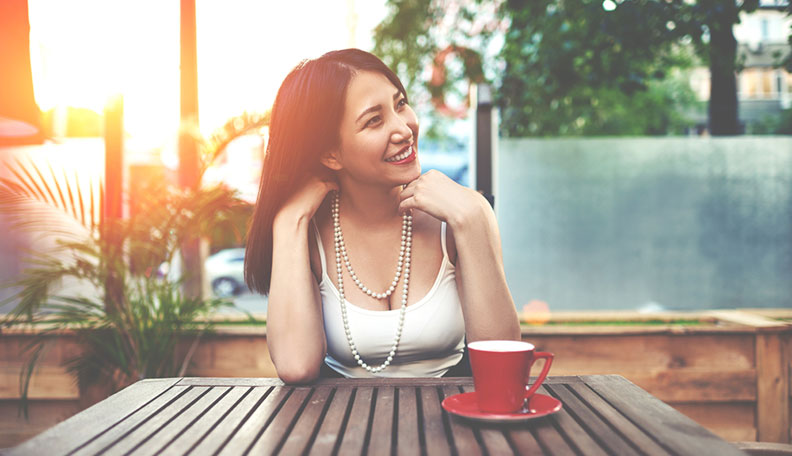 Want to know how to make him want you and ONLY you? This is what most women hope to achieve when dating someone new. Here’s how to get his attention.

This is what we all aim for when dating someone new. It’s always awkward never knowing where you stand or how they feel. Putting forth your best effort and learning how to make him want you the most is what it’s all about.

Because he could be dating other women. That means you have some competition and if you really like him, you’ll have to put in some work to make him see you and only you. And that’s a very tough thing to do because we all know guys don’t exactly have the best attention span.

The dating game can be extremely competitive

This is especially true if the guy you’re after is a catch. They’re far and few between. Meaning, every woman in her right mind who’s been on a date with him is trying to do exactly what you are. They want him for themselves.

And he might just be basking in the attention. When a guy catches wind that women are into him, he’ll milk that for all its worth. But if you truly care about him and have a feeling he’s feeling the same about you, doubling down on your efforts to make him yours is a wise idea. [Read: Why men like a chase and how to use that in your favor]

How to make him want you and forget the rest

Obviously, you only want to work hard for someone you think you can have a real future with. If he seems like the one, these tips can help you make him yours and yours only.

#1 Have an interest in his life. I know this seems obvious, but there’s a certain belief in society that says the guy should be into the girl and not really vice versa. We think they should ask us all the questions and then we just kind of shrug off their hobbies like they’re nothing.

Don’t do this. Take an active interest in his life and get him talking about the stuff he loves. When he associates you with such a great conversation and a care for what he likes, he’ll always think highly of you. [Read: How to get to know a guy you want to date]

The more entertaining you are this way, the more he’ll crave being around you. When he’s not sure what you’ll say or do, it’ll keep him on his toes and keep him interested.

#3 Be a little mysterious. If you’re wondering how to make him want you, remember that it’s okay to withhold some information. You don’t have to tell him every single thing about you on the first date. In fact, play a little coy. Give him some information but hold the details back. The more he has to dig, the better it’ll feel for him when he gets an answer.

#4 Flirt a little. Don’t go all out with the flirting though. What you really want to do is make him want a little more every time you say something cute. Give him a taste of what it would be like to get the full amount of flirting you have to offer and he’ll keep his eyes on you. [Read: 15 subtle eye contact flirting moves that always work]

#5 Let the sexy side out minimally. You have to make him want more, not give him the whole thing right away. That being said, you do want to show him you’re a sexual person. Guys love sex and they’re very in touch with that side of them.

But so are you. Just because you don’t want to appear easy doesn’t mean you have to hold back completely. So make a dirty joke every now and then to show him he can eventually get that full side of you. [Read: How to be sexy as ever and own your unique type of attractiveness]

#6 Be upfront about how you feel. Being blunt isn’t something a lot of women do. And you know what? Guys love it. One thing guys fear most when dating women is that it’ll all be a guessing game.

They’ll have to wonder how you’re feeling and read all these hints that they’ll inevitably get wrong. They hate that. Which means you can be upfront and tell him you like him and that you want to keep seeing him. It’ll pay off for sure.

#7 Tell him he’s funny. Guys love to be the funny ones. It’s known that the more a girl can laugh with a guy, the more she likes him. It also just gives his ego a boost. When he thinks about how great you make him feel, he’ll have a hard time looking at any other women. So make sure he knows you think he’s funny. [Read: 15 fun questions to ask a guy to make him laugh]

#8 Make him laugh. On the flip side, if you truly want to understand how to make him want you, be really funny yourself. Guys love a girl with a sense of humor and most of us tend to hold that back on dates. Go ahead and make those jokes. Let him see that you can make him laugh.

Once again, it’s all about letting him feel great around you. Associating you with great feelings is one way to get him to forget about all those other girls and focus on you.

#9 Be weird and silly. Many women try to act so calm, cool, and collected on a date. You know what’ll make a guy remember you instead of those other girls? Being weird and goofy and showing your silly side. We all have them!

Let it out. Get weird. Be yourself and don’t hold back. The more fun he has and the more entertaining you are, the more likely it is that he’ll think of you the next time he wants to go out for a bite. [Read: How to let your goofy side out and make people want your company]

#10 Don’t divulge your entire past at once. We all have a history. That doesn’t mean you should be spilling your guts to him on the first couple dates. You can hint at certain things but don’t drag down the mood with tragic stories. Keep them to yourself.

#11 Dress to feel good. This doesn’t necessarily mean to dress super sexy or stunning. You should dress in what makes you feel good. The better you feel, the more comfortable you’ll be on the date. And that means you’ll let more of your true personality come out and he’ll be able to pick up on that easily.

#12 Show him how confident you are. Confidence is key here. If he’s in the dating game, he’s seeing and meeting quite a few women. What’ll make you stand out more than the others is how great you feel about yourself.

[Read: How to make a guy chase after you instead of the other way around]

It’s not easy to figure out how to make him want you all on your own. Once you get to know him, it’ll be a lot less difficult to do certain things you know he likes. Overall, just be yourself and show him what he’d miss out on if he chose someone else.