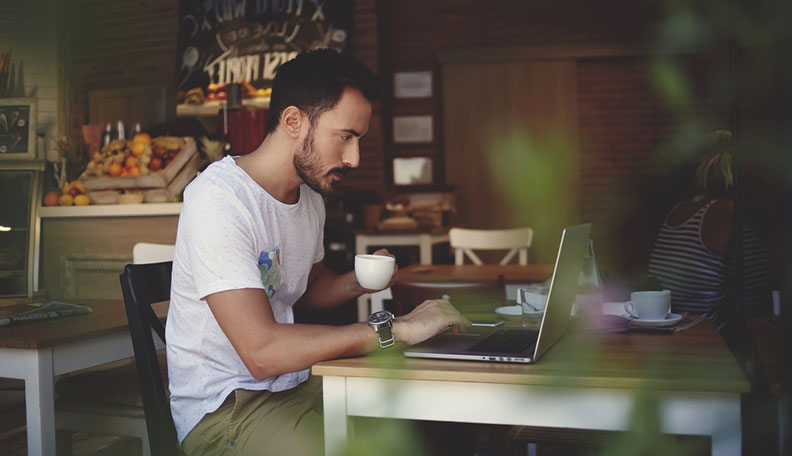 You know breaking up with your ex was a good decision, but you still can’t let go. It’s about time you found out how to know if your ex is over you.

If you’re wondering how to know if your ex is over you or not, ask yourself why you need to know. Is it because you don’t want them to move on? Is this about your ego? Or do you still have feelings for them and want to give the relationship another shot?

These are tough questions to explore. They’ll also help you understand your feelings. Maybe you want to be with them, and if so, that’s fine. First, look at the signs to see whether your ex is over you or not.

How to know if your ex is over you

When I broke up with my ex-boyfriend, it took me a long time to move on. Like, a really long time. I wasn’t helping myself by creeping his Instagram and Facebook. But aside from that, I couldn’t let myself accept that the relationship was over.

[Read: How to get over a relationship, move on, and feel whole again]

Did I want it to end? Yes. But did I want him to be with someone else? Now, the answer to that is no. I didn’t want him to move on. I wanted him to still want me. Yeah, I know; I had a big ego. I spent a lot of time thinking about the good memories we shared together and also wondering if I would ever meet someone like him again.

Of course, I did. I met someone else, and slowly my life moved on. But it took time before that could happen. Find out exactly how to know if your ex is over you, so you can move on.

#1 They avoid you. If you live in the same town, chances are you’re going to run into them from time to time. But when it comes to your ex, you never see them. This is because they’re literally avoiding any place where they know you might be. If they’re avoiding you, they don’t what to see you. Instead, they’re looking for a clean break. [Read: The 7 stages of heartbreak when you become an ex]

#2 They’re happier without you. Have you seen your ex after the breakup? How did they seem? If you notice them happier than before, well, there’s a reason why. You aren’t together anymore, and now, their life is better than ever. Not saying your relationship sucked, but they’ve found peace with themselves.

#3 They’re dating someone else. Of course, it depends on how long it has been after the breakup. If it’s only a couple of weeks, it could mean they’re rebounding. But, regardless, whether it’s a rebound or not, they’re making a statement by trying to move on from you. [Read: The strong signs your ex is over you now]

#4 They’re not nice to you. When you do run into them, they’re not that nice to you. If anything, the minute they open their mouth, you feel resentment and anger. Sure, they may have feelings for you still, but they don’t want you back.

#5 They’ve moved. They moved to a different city or even a different country. If someone has packed up their bags and left the place they once called home, they’re not interested in seeing you. They don’t want to see you, let alone think about you. Moving is the best way for them to completely let go of the relationship.

#7 They don’t answer your calls or texts. If you’ve tried calling or texting them, chances are you don’t get any response. This isn’t because their battery has been dead for two weeks; they’re avoiding you. It’s harsh, and it probably stings, but this means they’re trying to get over you or have already gotten over you.

#8 No more flirting. When you would talk, there would always be some sexual chemistry in the air. But now, when you two are talking, it feels like a business transaction. If you’re wondering how to know if your ex is over you, pay attention to the chemistry in the air. If they’re over you, there’s no warmth, no flirting. They keep the conversation to the point and that’s about it.

#10 They returned your things. Usually, when couples want to resolve their issues, they’re not quick with returning each other’s things. But in this case, your ex dropped off your stuff the minute you ended the relationship. If they have given your things back, it doesn’t look like they want any reminder of you. [Read: The bittersweet truth of when an ex starts to miss you]

#11 When you call/text them, they don’t reply quickly. We reply quickly to people we care about. If we don’t care about someone, the odds of someone replying quickly dwindles. Why would you go out of your way to reply to someone who broke your heart? Exactly. They’re over you.

#12 They tell you to move on. If you’re still in contact with your ex and they told you to move on, well, that’s a strong hint. By telling you to move on, they’re basically saying they’ve already moved on. Now you need to let go. Stop lingering! [Read: Should you text your ex? The guide to help you decide]

#14 Their new partner is different from you. You thought their new partner would be a copy-paste version of you, but surprise! Instead, their new partner is nothing like you, and there’s a reason why. They don’t want a partner like you. Sorry, that sounds a little harsh, but it’s true. They want someone different. [Read: 14 things to keep in mind when you bump into your ex]

#15 They tell you. Maybe you’ve been trying to text or call them recently, but they’re not interested. If your ex has specifically told you they’re over you, then get the hint. You may think they’re lying, and they could be, but they want to move on without you. So, respect their wishes.

[Read: How to recover from a breakup and move forward in life]

Now that you learned how to know if your ex is over you, what do you think? If you think they are, it’s time you let yourself move on.