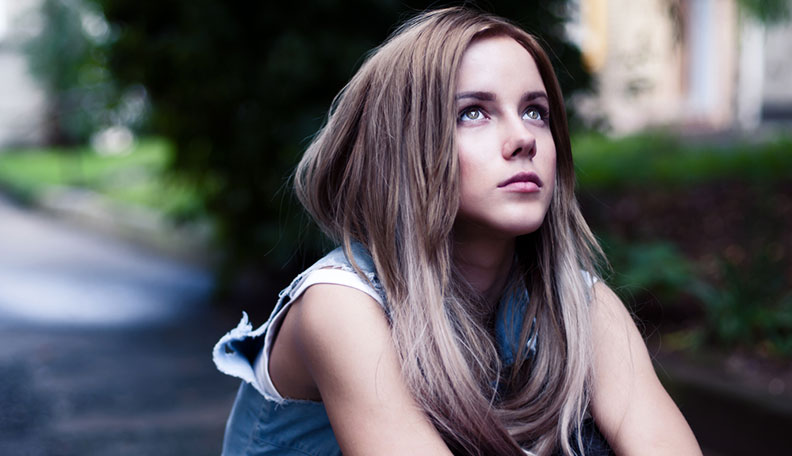 Have you noticed little things and feel like your friendship is a one-way street? You’re probably right. Learn how to handle a friend who uses you.

There are countless people we encounter in our lives. Most are good people, but there are always some we meet who aren’t. What can I tell ya? The world isn’t a perfect place. But I can give you some advice for how to handle a friend who uses you.

I’ve met people who I thought were my friends, but they ended up only using me for a place to crash. Did I realize it right away? No. But with enough time, I put two and two together. And it definitely stung once I found out. I ended up letting go of those people and making new, genuine friends. I think that is why you’re here as well. [Read: 15 signs you have shitty friends and need to get new ones]

How to handle a friend who uses you

It really wasn’t easy for me to handle friends that used me. Who wants to accept that people have been using them? No one. But once you find out, take action! Don’t let them continue walking all over you. Things need to change.

So, if you’ve found out that a friend of yours has been using you, it’s time to make a move. It’s hard, but it’ll be one of the best things you’ll ever do for yourself. You don’t need them, but you do need to learn how to handle a friend who uses you. [Read: One-sided friendship: 15 clear signs it’s time to cut them loose]

#1 How do you feel? However you found out, you now know that your friend is using you. I know, it’s not a pleasant feeling, but it’s better you found out sooner rather than later. Now you need to figure out what you want to do next. Are you going to completely ditch them? Confront them? Decide what you want to do with your friendship. [Read: The scenarios when it’s okay to ghost a friend]

#2 Did they use you? Before you jump to conclusions, make sure you know they’ve actually used you. Sometimes, other people can get involved just to create drama. You need to be sure in yourself that this person has been taking advantage of you. If you feel they’ve been using you and something isn’t right, you’re right.

#3 Detach yourself from them. You’re going to need to make some space between you and your friend. Since you’ve found out they’ve been using you, detach yourself from them and create some boundaries. This doesn’t mean you should ghost them, but you clearly need some space from them until you decide what to do next. [Read: Emotional manipulation: 14 ways people mess with your mind]

#5 See them face-to-face. Don’t talk to them via text. I mean, you can, but why? You need to do this the right way. Just because they weren’t nice to you, doesn’t mean you should act like a child. So, if you want to talk to them, you should meet up with them. Choose a place where you can sit down and not get distracted by loud noises or other people talking. [Read: How to spot selfish people and stop them from hurting you]

#6 Be direct. When you talk with them, don’t beat around the bush. It’s not going to get you anywhere. You made a courageous step forward in asking them to meet up with you, but you can’t stop now. When you’re speaking with them, be as direct as possible. Tell them about what you’ve noticed or what happened. [Read: How to spot a bad friend and end a friendship]

#7 Don’t freak out. It’s easy to become emotional and freak out when you realize your friend has been using you. But that’s the one thing you can’t do. In these cases, you need to stay completely calm and collected. Of course, you should be guarded when around them, but don’t be defensive. This will only escalate things into a fight.

#8 Stick up for yourself. If they’ve been using you, it’s clear they don’t respect you. So, when you talk to them, they may try to manipulate the situation and switch things around, pointing the finger at you. Don’t let them get away with that crap. Stick up for yourself and make sure they see where the line is drawn.

#10 Accept it’s going to be a process. Losing a friend is no easy task. I know it may sound easy, you’re probably thinking you just cut them off, but there’s much more that goes into it than just that. You’re losing a friend, someone you’ve had an emotional connection with. So, it’s going to take time. There will be moments where you’ll want to call them, but you will have to have to be strong. [Read: How to deal with the heartbreak of losing a friend]

#11 Understand they weren’t a friend. At the end of everything, you need to understand this person wasn’t a true friend to you. Hopefully, you use this situation as an example for the new people you’ll meet, that way, you’ll know what to look out for to make sure you don’t get hurt. The good thing is now you can move forward without this toxic person in your life.

[Read: The 13 traits of toxic people who can emotionally harm you]

It’s time to get new friends if you’re wondering how to handle a friend who uses you. Follow these steps to help you end the vicious cycle.