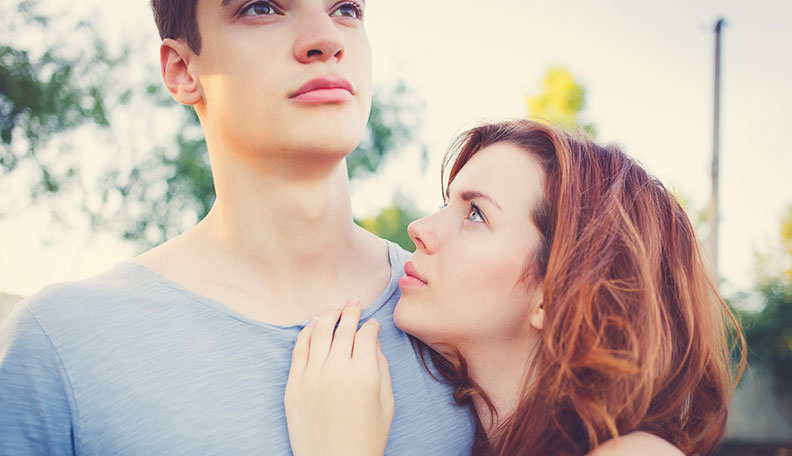 Believe me, it’s definitely not you, it’s him! Learn how to recognize and deal with the narcissistic boyfriend who has stolen your heart.

Are you dealing with a narcissistic boyfriend and wondering what to do?

Love is a complicated thing. It’s rarely straightforward, never like in the movies. And Disney films? Don’t get me started! I grew up thinking some guy was going to turn up at my door on a horse, and sweep me away to live in a palace. Yes, I was deluded because in most countries that would be classed as kidnapping. And, no, he never turned up.

What I got instead was something altogether different.

I sometimes wonder why that prince never came my way, but for a while I did think I’d actually met him.

It turns out he was a frog, actually no, a toad. Whatever breed of amphibian he was, he was certainly no prince. [Read: 16 clear signs you’re in a narcissistic relationship]

You’ve probably heard the word ‘narcissist’ over the last couple of years or so, because it seems to be a buzz word on the block. What you might not know or understand is what it really means.

A narcissist is someone who basically loves themselves. They never do anything wrong *ever*, if something doesn’t go their way then it’s probably your fault, and they’re likely to spend their hours gazing in a mirror adoring their reflection. It’s not that a narcissist is vain per se, they just admire every single thing about themselves, visually and personality-wise. They see no downside. [Read: How to quickly spot narcissistic traits in a relationship]

For a while, usually at the start, you will think this too. You see, the narcissist is a professional deceiver. They will lie, cheat, distort the truth, turn everything around on you, and make you 100% believe that they are good inside, that they are the victim, that life is quite unfair to them.

The truth? A narcissistic boyfriend is just quite bad inside really, but the ironic thing? They’re also extremely insecure, and all of this is their way of covering it up.

Now, we shouldn’t make jokes about narcissism, because it is actually a personality trait which can be diagnosed by a psychologist. However, until that person sees their issue and seeks help, they’re going to wreak havoc on anyone who has the bad fortune to fall in love with them. [Read: The 20 right reasons to walk away from someone you love]

Why you will think he is Mr. Perfect

It sounds downright ridiculous to the outsider, but when you’ve fallen in love with Mr. Narcissist *obviously you didn’t know about the narcissistic tendency to begin with*, it is very hard to escape the narcissistic boyfriend’s grasp. They will be the embodiment of Prince Charming to begin with, but things will quickly change.

You won’t even realize he is a narcissist. You will think it’s your fault. Why? Because he will make you think that way. This is called gaslighting. Heard of that lately? Another buzz term, but one which narcissists use very effectively.

Gaslighting is a form of emotional abuse, manipulating someone into actually wondering if everything is their fault, doubting their own sanity of mind. [Read: The signs your lover is gaslighting and messing with your mind]

You might think this is extreme, but it happens time and time again. It happened to me, and I’m no pushover normally.

Generally speaking, women like to see the best in people. We search and search and search until there is no scrap of good left. Even then, we don’t like to give up. When you’re romantically involved with a narcissist, you can’t see their bad sides, you think it’s you, so how are you supposed to let go?

This is where your friends and family come in. Listen to them. I beg you, if you’re in this situation, listen to them. They’re not telling you these things because they don’t like him, they’re telling you because they can see what you can’t. You might even have a nagging feeling from time to time, but he’ll rope you back, because he can sense you’re on the brink of leaving. [Read: Hoovering and the games narcissists play to suck you back in]

Clever? Yes. But not in the end.

So, how can you finally find the courage to leave that prince who turned into a toad?

It’s brutal, but it works.

Once you realize what you’re dealing with, be brave. Walk away. Break that cycle and realize that you do deserve better. You do, honestly. It might not come in the form of a prince on a horse, it might be a pauper on a donkey, but if he loves you and treats you right, what does it matter?

How do you break the cycle? You cut them off. Walk away, take your things, delete that number, block them on every social media outlet you have, and do not go back. [Read: How to set boundaries with a narcissist and weaken their hold over you]

You will start to regret it and wonder if you did the right thing, you’ll lay awake at night, but you are in the right here. Get a friend to steer you though those first couple of days to a week or even a month, and as your strength grows, the sense will come to you, and the clouds will clear.

– Block him on social media

– If you have friends who might help him find you, cut them off too

– Keep your boundaries and do not listen to his begging or insults as you walk away *they will come, believe me*

– Do not give him any way to find you

That is how you cut off a narcissistic boyfriend. It might sound brutal but over the coming weeks to months you’ll realize that what they did to you was far more brutal. Cutting a narcissist off is the only way you will get away. Otherwise? They’ll talk you around and you’ll never leave. I tried it and went back twice. The third time was very lucky indeed. [Read: How to get a narcissist to walk away from you using the grey rock method]

For me, it felt like I was walking through fog. You know the feeling when you’re a little drunk and you can’t figure out which way is left or right. That’s how it felt for me, but I didn’t have any of the fun of being drunk to play it off against.

I couldn’t rationalize anything. I knew I had been right to walk away when I did it, but then the sinking feeling, the ‘oh my god what have I done’ set in. And I thought my friend would have to tie me to the sofa. Talking it out was the single only way I could gain clarity.

You know what the real truth is? Someone who has been in a narcissistic relationship has been emotionally abused. Emotional abuse takes time to get over, it leaves scars. So, talk and talk and talk. Talk until you can’t talk anymore. It will help to clear the fog and let you see and rationalize what you’ve done. [Read: 16 signs of narcissistic abuse you may have overlooked]

Realize that the future is going to be better

The hardest thing for me was realizing that I was in love with someone that didn’t exist. I thought I was over all of that, when I used to imagine personalities for the celebrities on my walls. Clearly, I was still a teenager in love with the Backstreet Boys!

You will slowly start to realize that your past relationship wasn’t a failure. You learned a lot about yourself and about what to not put up with in the future. There are a lot of narcissists out there, but don’t fall foul of thinking that every guy that comes your way is a self-absorbed creep to be avoided. Men in general can be quite selfish, but that doesn’t make them a narcissistic boyfriend. Give a new guy a chance, but only when you’re ready. [Read: How to break up with a narcissist]

A tricky subject with a happy ending

Relationships damaged by narcissism have no future. It’s that simple. So never think that if you’d stuck around, your narcissistic boyfriend would have changed. Believe me, a toad can’t change. A toad is a toad. There’s no kiss that’s going to transform him into Prince Charming, or Shrek for that matter. [Read: 11 counterblows to hurt a narcissist hard]

Getting away from a narcissistic relationship is hard, but it is totally do-able. I loved him for a long time after I left him, but I realized I was in love with a fantasy, not the truth. I hope that if you’re in this situation, you see the light too, and that my little tale will help you to finally find the courage to put yourself first.

[Read: Early warning signs of a bad boyfriend to watch out for]

So, to answer the question, how do you deal with a narcissistic boyfriend, you dig deep and you leave him. Lovely lady, you deserve so much better.