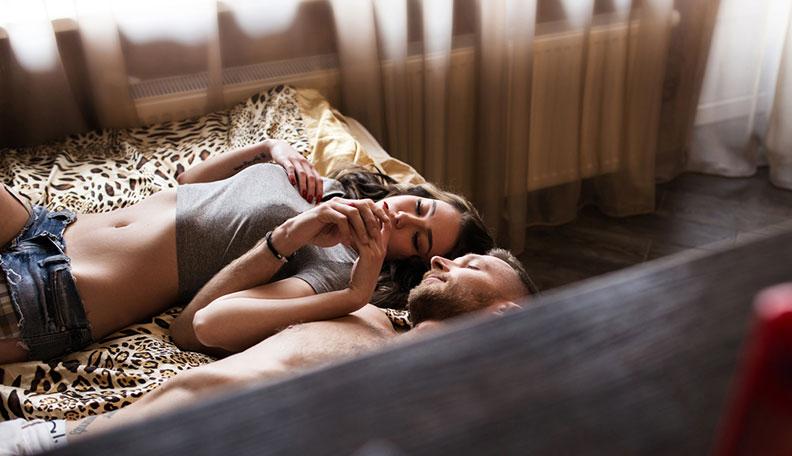 If you feel like you’re not having enough sex, chances are you’re not. But how often should you have sex, really? Here’s how much sex you should have.

Truthfully, it really depends on the person and the couple. If you both don’t have crazy sex drives, there’s no need to have sex every single day. However, even then, you might run into relationship issues if your sex life isn’t up to par with your expectations.

It’s not just that you’re not satisfied sexually. There can be a lot more issues at play here in addition to that. When your sex life is lacking, you can start to form resentment and insecurities – as can your partner.

You both sit there wondering why the other doesn’t find you sexually attractive and this fosters negativity. That can lead to a lot of bickering and in turn, a continuation of no sex. You also lose some of your deep connection.

A lot of emotional bonding happens during and after sex that can make your relationship special. If you’re not having enough of it, a wedge can be formed and you’ll feel distant from each other. [Read: The truth about how important sex is in a relationship revealed]

How often should you have sex?

Again, this truly depends on your relationship and what you both need to be satisfied. But if you’re really curious as to whether or not you’re having enough sex, here are some signs that you need a little more to be completely happy.

#1 You’re not satisfied. If you’re truly not satisfied with your sex life, you probably aren’t having enough. However, you could be having plenty, but not the type of sex that really makes you happy and satisfies your needs.

If that’s the case, it’s best to have a sit-down with your partner and discuss the sex. This is not only super beneficial for your bedroom life, but it’ll also help your relationship outside of sex, too. [Read: 13 clear signs she enjoys having sex with you]

#2 Your sex life feels boring. If you’re bored while having sex, there’s a real problem. Sex should always be fun and interesting. Therefore, if you’re really not having any fun, you probably aren’t having enough sex or it’s not very good sex – which is just as bad.

#3 Your partner is unsatisfied. Has your partner voiced their concerns over the amount of sex – or lack thereof – that you’re having? If they’re telling you it’s a problem, then it really is. You have to communicate about your sex life in order for it to get better and for you to realize you should be having more.

#4 You find yourself fantasizing often. When your sex life is lacking, you’ll definitely be thinking about sex with other people. That’s a big sign you’re just not satisfied at all. Yes, doing this is normal to a certain extent but if you’re doing it more often than not, you’re probably just not having enough sex. [Read: 12 arousing sex fantasies to try in real life]

#5 You don’t feel the need to remain groomed. This is a subtler sign that you’re not getting enough in the bedroom. If you don’t even care to stay groomed down below, then you’re subconsciously aware of the fact that you’re not having much sex. Otherwise, you’d always want to be ready to get down all the time.

#6 You’re antsy a lot. Sex is a great stress reliever and it gets your energy out. Which means if you’re getting antsy and just feel like you need to go running or exercising, your sex life might be slacking a little bit. Exercising might help this a bit, but you could still feel that itch and not know why if you’re not having enough sex.

#7 You feel like your partner is drifting away. Those who feel their significant other drifting away need to start asking: How often should you have sex? This is a big indicator that something is off in your relationship.

When you’re not having much sex, you’re not as intimate and that extends to emotional intimacy as well. So if you’re feeling disconnected a little bit and you haven’t had sex much, you’re definitely not having enough to keep your relationship in tip top shape. [Read: 12 real reasons why couples drift apart over time]

#8 You’re complaining about it to friends. Does this really need much more explanation? If you’re complaining to your friends, you’re not having enough. This means you’re not satisfied and it’s bugging you to a point of expressing your annoyance with other people.

#9 You’re embarrassed to mention the frequency of sex to friends. If you don’t even want to tell friends how much you have sex for fear of being made fun of, then you’re absolutely not getting it enough. However, you also want to keep in mind that what’s “enough” for you, might not be enough for others.

#10 You don’t even try to initiate it. Mostly because you don’t think you’ll get anywhere if you do. It’s not that you don’t really want to have sex, but that you just don’t think you’ll get it if you try. This is a sign that your sex life is in trouble, and also that your relationship needs a little work, too. [Read: How to initiate sex and turn on your lover in alluring new ways]

#11 You’re working out extra hard. When you’re not having sex, you have some pent-up energy. Even if you workout regularly, going through a rut in the bedroom can lead to more aggressive, hard workouts because you have to find a way to get that energy out.

#12 Your significant other annoys you. This is entirely because you’re building up resentment toward them. You may even subconsciously be upset with them because you think they don’t find you attractive. All of this stems from a lack of sex. Talk to your partner and fix things in the bedroom.

#14 You’re not as close to your significant other anymore. You’ll disconnect a little bit if your sex life isn’t on par. This is because when you’re having more sex, you’re more comfortable and that leads to better communication and closer bonding.

#15 Your partner has mentioned something. If your significant other is saying that your sex life is a little slow, then it definitely is. Picking it up and having more sex can easily remedy this. The more you have it, the more you’ll want it and things will be back on track in no time.

[Read: 25 ways to increase your sex drive and keep it high]

It’s perfectly fine if your sex life takes a dive after the initial honeymoon phase. What isn’t okay is if your relationship is tanking because of it. How often should you have sex? Enough to keep you both satisfied and happy.