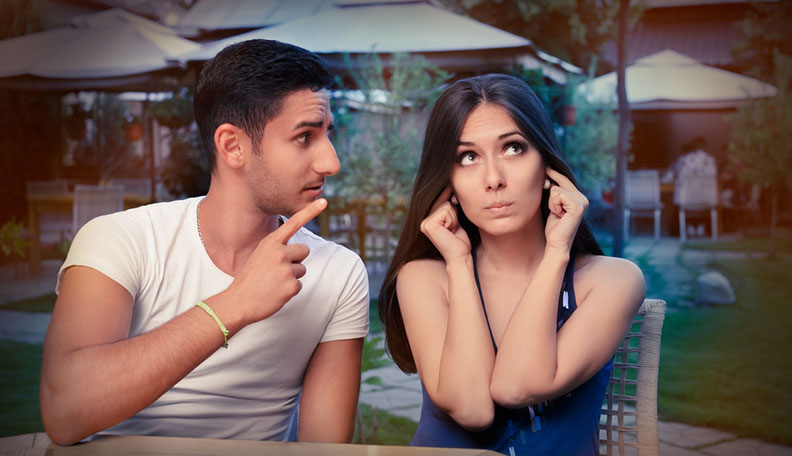 There’s always that one narcissist to make life miserable. While you wish it weren’t the case, it’s just life. But the grey rock method can help you here.

We dislike narcissists for many reasons. Their presence is like cancer that sucks the life and positivity from the people around them. And to deal with narcissists, people usually choose confrontation or complete avoidance, not knowing of the grey rock method.

Confrontation is mentally and emotionally exhausting while avoidance may work to some degree unless the narcissist takes the form of someone unavoidable such as a family member. However, there is another way of dealing with them. One without the pressure of confrontation, and the helplessness of constant avoidance. Have you ever heard of the grey rock method? [Read: The biggest signs pointing to a toxic friend and how to move on]

What is the grey rock method?

Surprisingly, the grey rock method is not the product of academic study but a pretty unique idea by a blogger that goes by the name of “Skylar” that was published in this article. The term and the idea surrounding it were formed after a meaningful conversation with a stranger at a bar on the topic of narcissists and psychopaths.

In a nutshell, the grey rock is a mental model. It allows the practitioner to understand the unique thought and behavioral pattern of unpleasant individuals such as narcissists, psychopaths, stalkers, drama queens, and gas lighters.

You use that knowledge in coming up with effective ways to counter their negative effect on you. The grey rock method allows a person to deal with narcissists in their life without the emotional and mental cost of accustomed methods such as confrontation and avoidance.

For comparison, think of it as something similar to the martial art Aikido. The grey rocking works by neutralizing the opponent’s attack by using their own force or energy against them while expending little of your own energy. [Read: How to start a new life and move on from the toxicity for good]

Understanding the mind of a narcissist

The first lesson this method teaches you is understanding the mind and behavior of narcissists.

As mentioned, narcissists are like a cancerous tumor, feeding off its host while releasing poison to eventually wear down their target. Narcissists are addicted to drama and attention. They crave feeding off their heightened sense of self importance.

To accomplish this, they trigger emotional responses from people around them. And whatever the reaction they receive: positive praise, pity, or even aggression, any kind of attention satisfies their addiction.

Additionally, narcissists *and psychopaths* manipulate their victims at the first hint that they are avoiding them. They apologize, promise to change, and even come up with self-destructive threats just to keep leeching off their victim. [Read: 16 clear signs you’re in a narcissistic relationship]

Why confrontation or avoidance may not work against a narcissist

A narcissist is many things, but a narcissist is not stupid. Their affinity towards manipulation is a testament to their intelligent nature. Aside from being nefariously smart, they are also keen observers of people’s behavior. That is why people who opt for the usual ways of dealing with narcissists often fail in trying to free themselves from their influence.

#1 Confrontation. Calling out a narcissist is the least favorable option for anyone. Remember that narcissists feed on drama, so exhibiting any emotional response towards their behavior will only encourage them. When called out, a narcissist will deny, appeal to your empathy, and even manipulate the facts to make it appear that you are in the wrong. [Read: Relationship with a narcissist and what it means to love one]

#2 Avoidance. This has a certain degree of success. Most people choose this option, by opting to ignore, cut off communications, and even relocate just to get that narcissist out of their life. However, resetting your relationships can also be tiring in the long run.

If you are unfortunate enough to have the narcissist take the form of a parent, a special someone, or a superior at work, avoidance is not a feasible option. [Read: Signs a narcissist is playing mind games with you]

How to use the grey rock method

The grey rock method gives an alternative that doesn’t require people to aggressively confront nor flee from the presence of narcissists in their life. The idea is to make yourself inert to the narcissist’s addiction.

Cutting off the source of their influence on you by denying them their much needed drama and attention without them knowing will make you “useless” to them. And when that realization kicks in, they make the decision to leave you in peace. They search for other people to satisfy their need for drama.

But how does it work?

#1 Make yourself boring. From the name itself, practitioners of this method are encouraged to “be as disinteresting as a grey rock.” Grey rocks are common and boring. By presenting yourself as someone who lives their life as such, the narcissist or psychopath eventually leaves you alone.

#2 Make your conversations boring. The best way to accomplish this is by avoiding open ended responses. Don’t provide information that allows the narcissist to dig deeper into you.

By withholding information from conversations, narcissists have less ammunition to use against you. You may either avoid sharing your hobbies, personal experiences, relationship information, and just ply them with the most mundane and boring information you can conjure.

#3 Make it appear as if you’re living a monotonous and uninteresting lifestyle. By appearing that you do the same activities all over again alone and lacking interest in establishing a social life, you fade into the background from other people. As a consequence, other people stand out, which attracts the narcissist to prey on them instead of you. [Read: 23 secret signs of narcissism people overlook until it’s too late]

#4 Use what the psychopath or narcissist wants from you against them. By presenting yourself as a boring person with a boring life, the narcissist or psychopath will eventually realize that you are wasting his or her time and will soon leave you alone.

[Read: The 14 ways to win over a narcissist’s manipulation]

Dealing with narcissists is a fact of life. Sometimes, giving them a fight or choosing flight is not a solid option to get rid of them. The grey rock method provides an alternative not as emotionally and mentally draining as the usual options.

PREVIOUSHow to Deal with a Long Distance Relationship & Keep Your Sanity
NEXTHow to Know Your League in Dating Terms: Focus on What Truly Matters