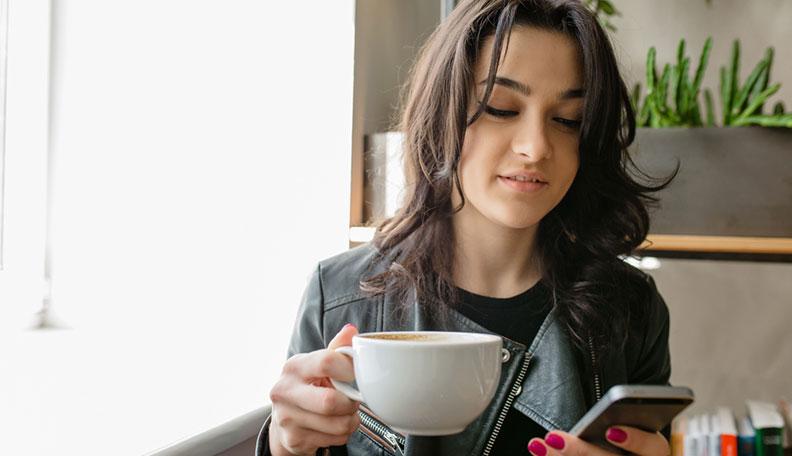 You’ve probably heard your mom tell you that you need to play hard to get, but what does that actually mean? Above all that, does playing hard to get work?

We’ve all heard and told each other, “you just need to play hard to get,” but what does that even mean? Does that mean waiting two hours to reply to a text or rejecting them when they ask you out? See everyone loves to give this advice but when you ask them how to do it, it’s radio silence. So, you’re probably wondering right now does playing hard to get work. Actually, yes it does. This isn’t even me making this up, it’s science.

Does playing hard to get work?

In addition, they also found playing hard to get resulted in the other person spending more time and money on them. Not bad, right? But all this information means nothing if you don’t actually know how to play hard to get. So, stop wasting your time and learn the steps. Playing hard to get is fun… if you know what you’re doing.

#1 Don’t have sex right away. I know right now casual sex is the norm, but you’re going to have to take a step back and not run into the bedroom with them right away. I know you want to sleep with them. Remember, if you rush into it, they’ll have nothing to look forward to. So, keep the flame going and make them wait.

Get to know each other first and let the sexual tension bubble. If you’ve already had sex with them, don’t make it routine, instead, make it like a treat. [Read: 12 consequences of having sex too soon]

#3 Get them to work for it, but don’t forget you have to put in some work too. You want them to make an effort and work for your affection, but, this doesn’t mean you just sit and wait for them to come running.

#4 Don’t reveal everything. I had one friend who would tell her whole life story to the guy on the first date. Well, needless to say, she never got a second date. Why would she? She gave everything away in the first thirty minutes. You don’t want to do that. Instead, give a little, wait a bit, see the vibe and then give a little more.

Remember, not everyone is going to use the information you give them in a positive way, so be cautious.

#6 Work on your confidence. Confidence is key when it comes to playing hard to get. If you’re not confident and believe you’re the hottest person in the room then how do you think they’re going to want to chase you? You need to show this person that you’re worth investing time and chasing after. Because if you wouldn’t chase you, they won’t want to either. [Read: 11 powerful confidence builders to alter your life]

#7 Show value. Here’s the thing, people always want what they can’t have. So, show this person that you’re in demand. People all want a piece of you. This means that you hang out with friends, you go out on the weekends, you have a life, and people want to be a part of it. When they see that other people want you, it’ll motivate them to try to get a piece of the pie.

#8 Don’t do it if you’re just hooking up. There’s no need to play hard to get if you’re only looking for casual sex. I know you want people to chase you, but if this person is only going to be around for a night… or two, then don’t play hard to get. Short-term sex shows that both people want little or no energy or time invested in the relationship.

#9 Use it to see what they want. If you’re not sure what the person wants in terms of a relationship, then you can try to play hard to get to see where they stand. Of course, asking them would be faster, but, this is another tactic. If they’re looking for more, they’ll be more willing to invest the time and energy. If not, you’ll notice them only trying to get laid. [Read: 15 signs all they want is sex]

#10 Just because they’re nice doesn’t mean you owe them. Here’s the thing about playing hard to get, you’re showing them that you don’t owe them anything. If they take you out for a dinner, you don’t have to thank them by sleeping with them. They wanted to take you out, so, you honored that by going on the date. This shows your self-worth. You give them a kiss when you’re ready and when you feel they deserved it.

#11 Flirt. You’ll want to be flirtatious if you’re playing hard to get. Obviously, you like this person to an extent, so flirting won’t be too much of a challenge. But whether you’re texting, in-person or on the phone, it’s okay to create a little sexual tension and be flirty. This will definitely keep the person around as they’ll feel the sexual tension. [Read: The science behind the act of flirting]

[Read: Does playing coy actually work? How to do it effectively]

Does playing hard to get work? Your mom was right, but play the right way or else you end up losing the game you created.

PREVIOUSHow to Get Over Someone Cheating on You and Repair the Damage
NEXTUnpopular Opinion: Playing Hard to Get with a Guy is Pointless