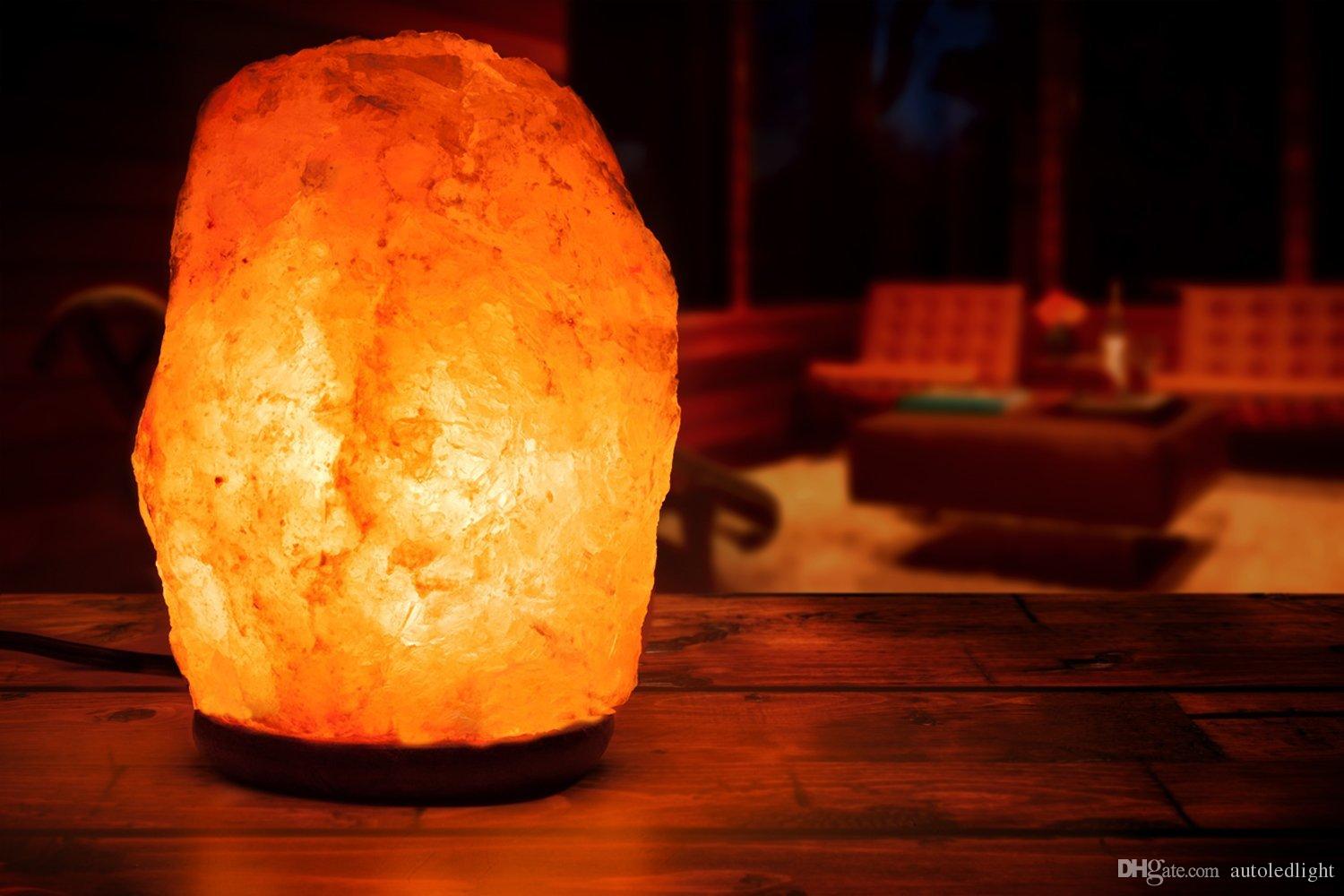 Himalayan salt lamps are increasingly popular, so you probably have friends who swear by them. If not, you’ve likely at least read about them online. Or, you may have seen pictures of their soft, pink glow!

They look good in a living room, bedroom or office. However, their real draw is associated with various fascinating claims about that long-term impact that these lamps might have on your health.

On the other hand, there are also plenty of skeptics out there. Some people who even worry that Himalayan salt lamps might end up posing a risk to your well-being.

First, we’ll take a closer look at the origins of these lamps. Plus, I’ll give a brief overview of what they are. Next, we’ll survey the major claims about their benefits, exploring the research behind the most common claims. Keep reading to discover the top Himalayan salt lamp benefits!

What Is A Himalayan Salt Lamp And Do They Work?

Himalayan salt lamps are sometimes simply called “salt rock lamps”. They are made from a specific type of pink salt that comes from underground mines in Pakistan. Some scientists believe that this salt is made up of remnants from the very first sea.

The lamps themselves are blocks of pure salt. They are carved into a specific shape and then hollowed out to make space for a light bulb. Since salt attracts water molecules and indoor air is known to carry all kinds of bacteria and pollutants, the salt lamp is supposed to purify the air. Due to the heat from the bulb, the salt dries out after attracting the water molecules. This releases “purified” water vapor back into the room.

The good news is that there is a whole host of compelling evidence to suggest that these lamps work! For example, the famous Lung Institute notes that salt has anti-inflammatory properties and helps to get rid of pollen. 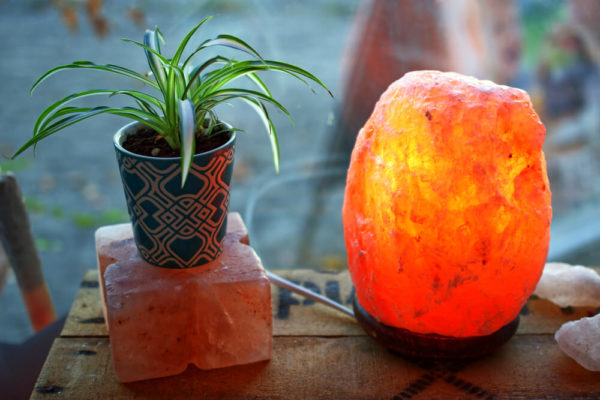 People sometimes worry about the dangers of Himalayan salt lamps or are concerned that they are a waste of money. However, our best current research strongly suggests that these lamps appear to offer many more benefits than hazards.

When you weigh up the pros and cons of Himalayan salt lamps, they seem well worth the investment (and, as a bonus, they emit a relaxing glow that can help to decorate a study or meditation space).

Here are eight of the most exciting benefits of Himalayan salt lamps, along with some information about how to get the best out of your lamp.

Consequently, most Himalayan salt lamps are marketed at least partly on the promise that they’ll purify your air (in the same manner as lots of common houseplants).

If you’re thinking that the air in your home doesn’t really need purifying, think again! The American Society for Horticultural Science found that ozone isn’t just polluting the outdoor air, it’s also making its way into your house. This is especially true if you live in or near a busy city.

Your Himalayan salt lamp can attract pollutant-filled vapor in the manner described in the introduction above. Once it comes into contact with the heat of the lamp, the pollutants are trapped there but the water vapor gets released. The longer the lamp is switched on, the more pollutants get removed.

You can also buy multiple lamps for your home, maximizing the cleanliness of the air in every room!

2. Reduce Allergy & Asthma Symptoms
If you’ve read Himalayan salt lamp reviews, you’ll know that a lot of enthusiastic users notice a difference in their allergic responses. The same is true of people who go to salt caves during spa sessions. So, if you have a condition like hay fever or allergic rhinitis, a Himalayan salt lamp could reduce your sneezing, coughing and congestion symptoms.

Even more fascinating is the interplay between Himalayan salt and asthma. Salt therapy is now being used to help relieve asthma and chronic obstructive pulmonary disease (COPD), with published papers on the treatment citing “easier breathing” for patients. It is estimated that salt therapy helps over 80% of people with mild to moderate asthma. Similarly, it could help 75% of those who have severe cases of asthma, and approximately 97% of patients struggling with chronic bronchitis.

In sum, if you have any type of breathing difficulty, you have little to lose by plugging in a Himalayan salt lamp.

3. Eases Coughing
Given the impact of Himalayan salt lamps on allergies, asthma symptoms, and air pollution, it’s perhaps unsurprising that the lamps can also help with coughs.

Scientifically, this is likely because a Himalayan salt lamp changes the charge of the molecules it encounters. Thanks in part to all the electronic devices most of us own, these molecules tend to be positively charged. However, the salt lamp takes positive ions from the air when it attracts water vapor, and then it releases negative ions.

The reason this reduces coughing is that positive ions reduce the productivity of the tiny hairs in your windpipe, which means that more contaminating particles get into your airway. Meanwhile, negative ions actually make these little hairs work harder, keeping the lungs clear.

This benefit is especially noticeable if you have an upper respiratory infection (such as a cold), or if you have a chronic cough due to an underlying health problem.

4. Increase Energy Levels
If you often complain about feeling sluggish, a Himalayan salt lamp might give you the boost in energy that you need.

For example, think about how good you feel when you go for a walk in the countryside, hang out at the seaside or take a weekend break in the mountains. The beauty in nature probably plays a role in the energy increase you experience, but so too do negative ions. They are all around when you spend time outdoors. They’re also provided by Himalayan salt lamps. In contrast, positive ions are said to sap our energy, making us lethargic and unmotivated.

Try putting a Himalayan salt lamp in the room where you spend the most time during the day. Over the next few weeks, keep track of when you feel most energized. Try to notice whether the lamp is making a difference. This can be especially helpful if you’re studying or working late at night.

5. Improves Sleep
One of the most commonly assumed salt lamp disadvantages is that the light they emit could be distracting; especially during the night.

On the contrary, not only do most people find it soothing, but the lamp’s unique properties allow it to promote more restful sleep.

Again, this is because of the balance of positive and negative ions in your home.

When there are too many positive ions, less oxygen makes its way to your brain and you’re more likely to have irregular sleep cycles. So, of course, when you reduce the number of positive ions (and replace them with negative ones via your salt lamp), regular and deep sleep abounds.

If you do find the light of a Himalayan salt lamp bothers you when you’re trying to fall asleep, don’t worry too much. Provided it has been on in your bedroom for the rest of the day, it will have made a sufficient difference to the number of negative ions.

6. Environmentally-Friendly Light Source
While we’re on the subject of the light emitted by Himalayan salt lamps, it’s also important to note that these lamps are extremely environmentally friendly. Current estimates suggest that the current supply of salt will last for at least 350 more years. Plus, the lamps themselves typically have sustainable wood bases.

If you add an energy efficient bulb, Himalayan salt lamps are among the most environment-conscious lamps you can use in your home. Some of them even have a space for a candle rather than a bulb, so look into those as well.

If you’re particularly interested in helping the environment, you can also find companies that specifically use some of their profits to promote sustainable energy or to support charities. That way, you can be assured that you’re not only helping yourself and your health, you’re also buying a product that helps others.

7. Improve Mood & Concentration
If you feel low sometimes or find it challenging to concentrate for long periods, a Himalayan salt lamp could also help you with these issues. Plus, even if you’re usually happy and focused, we all go through periods where life isn’t so easy. This makes a salt lamp a smart investment.

Once again, the suspected reason for these benefits is the lamp’s ability to boost negative ions and reduce positive ones. When there are more negative ions around you, your brain gets more oxygenated blood and functionality improves. In addition, serotonin increases, having a direct impact on mood.

Further, if you suffer from Seasonal Affective Disorder (SAD), you might find that the warm light from a Himalayan salt lamp helps you to feel happier and more alert. Its glow is similar enough to sunlight that it can “trick” your mind into believing in longer days, especially if you set your lamps on timers.

8. Neutralize Electromagnetic Radiation
Finally, if you’ve read about electromagnetic (EM) radiation then you’re probably somewhat concerned about the long-term impact this could have on your body and mind. We are constantly surrounded by this type of radiation thanks to the surplus of electronic devices in our homes. Some studies suggest that this is contributing to the rise in certain chronic health problems. For example, chronic fatigue syndrome, high levels of stress and reduced immune system function have all been linked to electromagnetic radiation.

By releasing their negative ions, Himalayan salt lamps thereby neutralize a lot of the EM radiation in your home. It’s smart to place the lamps near large electronic devices like desktop computers, televisions, and stereos. While research into EM radiation is ongoing, strategic placement of a salt lamp will help to protect you if this type of radiation does turn out to be hazardous.

Get Your Himalayan Salt Lamp Today
. 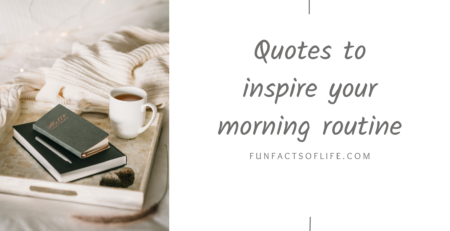 6 Quotes to Inspire Your Morning Routine

You've probably toyed with the idea already. You've heard there are better ways to start your day and even considered... read more 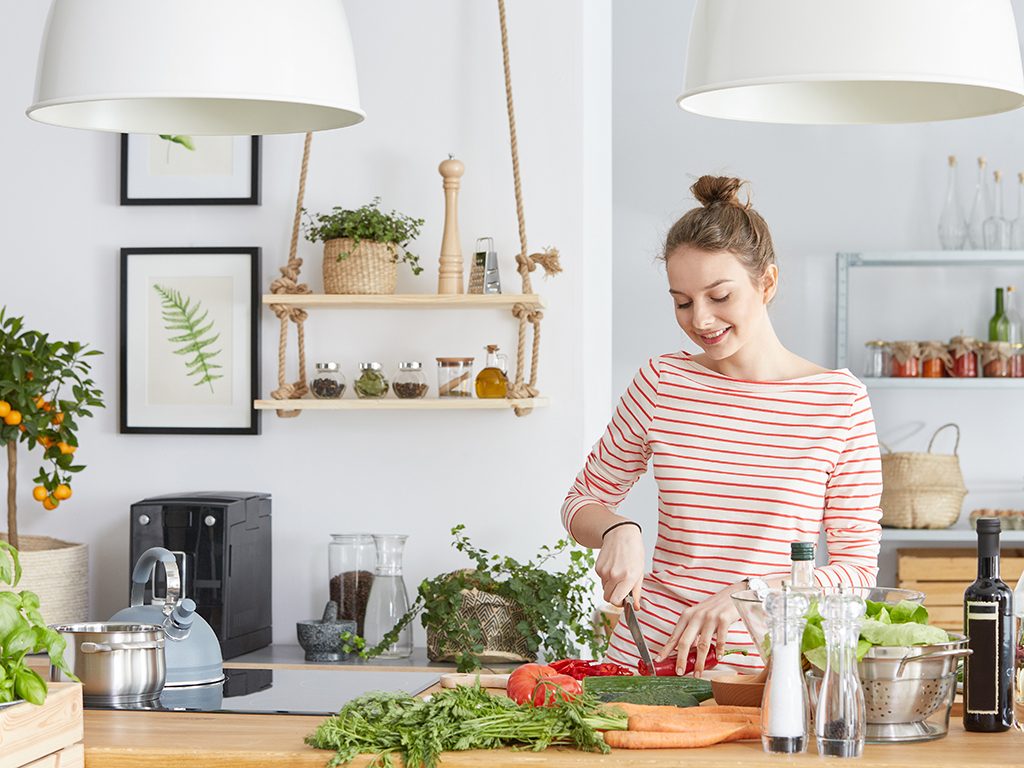 Tips for Cooking with a Slow Cooker

A slow cooker can be a welcome addition to any busy household provided that you learn a few tricks of... read more The Best Diet For People With Sensitive Stomachs

One in 10 people around the world experience abdominal pain during meals, per Healthline. Moreover, 15% to 30% of people... read more 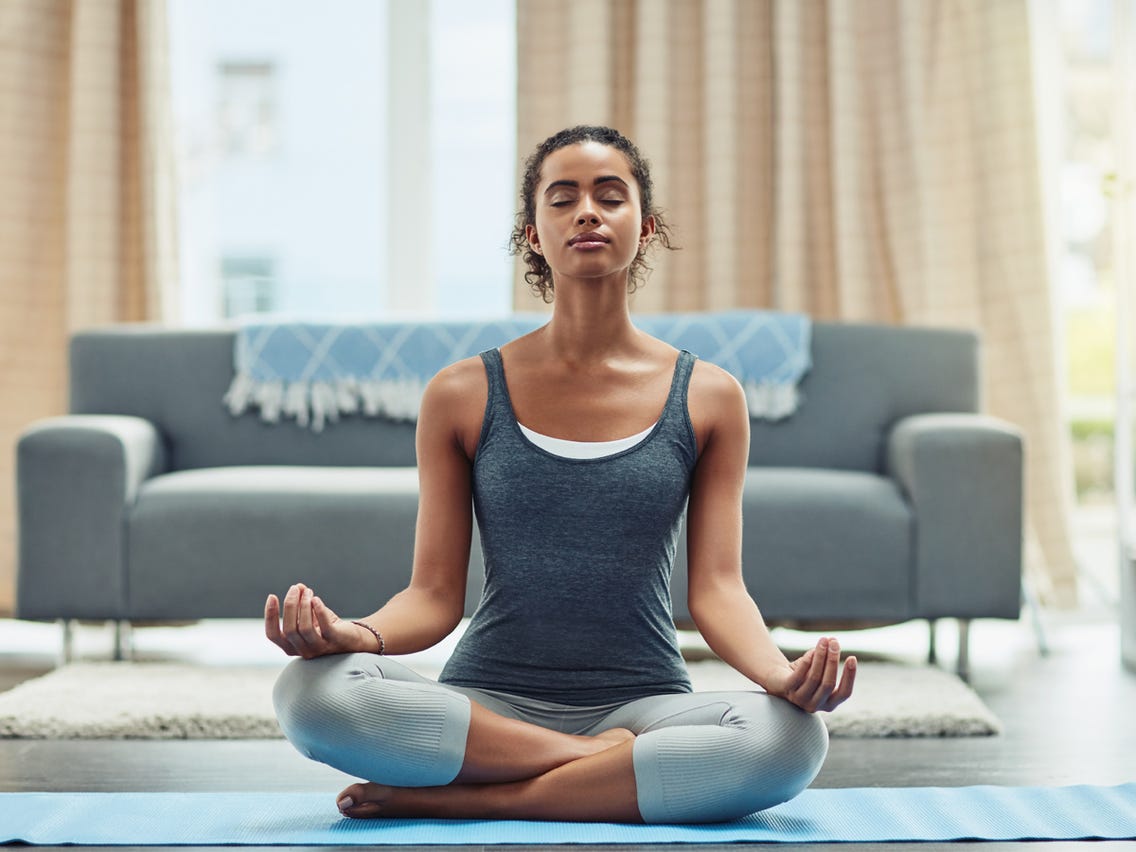 Here’s Why You Should Start Meditating During the Holidays

Meditating is a wonderful way to heal your mind and your soul. It relaxes your body, clears your mind, and... read more 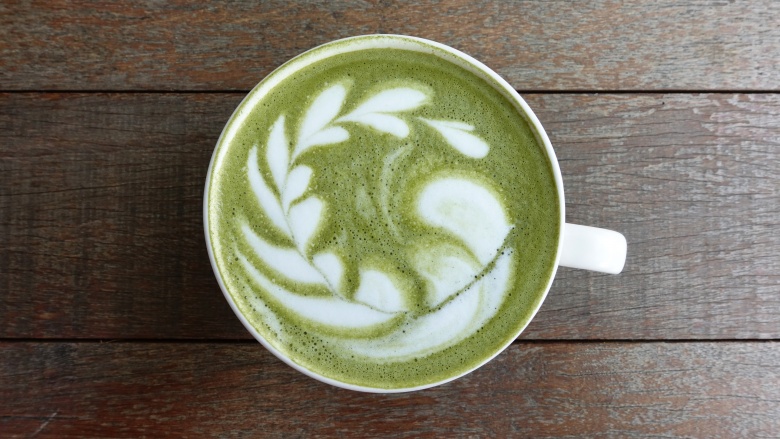 The Untold Truth Of Matcha Tea

Perhaps the most important thing to know about matcha tea is that it's absolutely delicious. There's a lot more to... read more 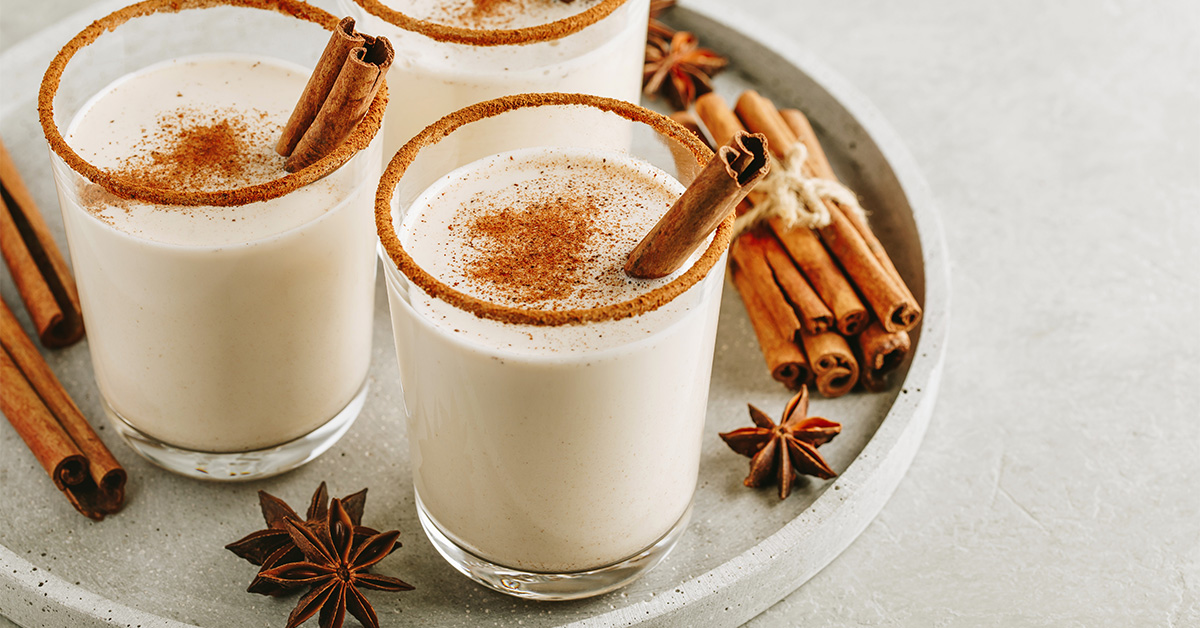 Why do we drink egg nog? The question vexed me for years. Egg Nog? The weird yellow Yuletide drink featuring... read more 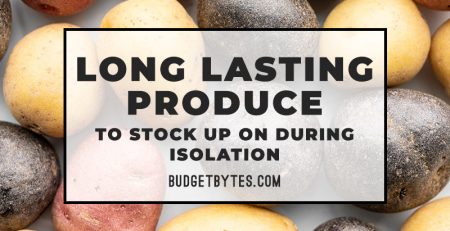 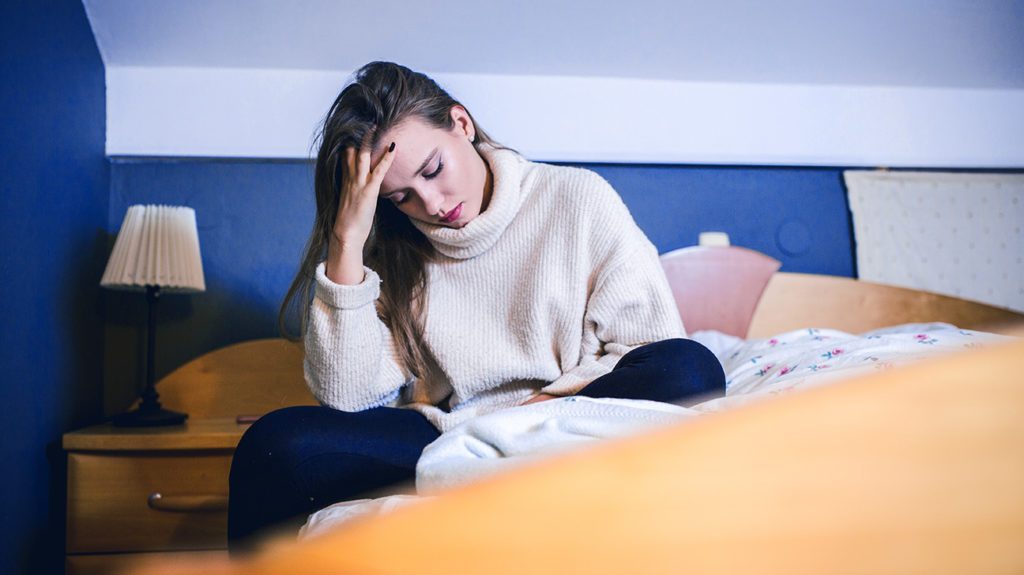 Signs You Aren’t Getting Enough Sleep

Are you constantly in a poor mood and aren’t sure why? Do you feel exhausted throughout the day, even when... read more 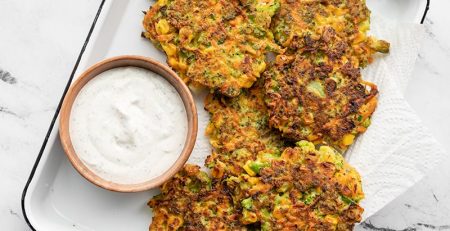 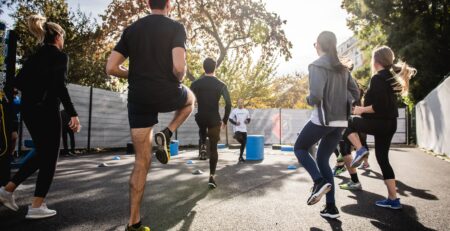 With the New Year here, you're likely considering making a healthy resolution towards new and improved healthy habits. If so,... read more