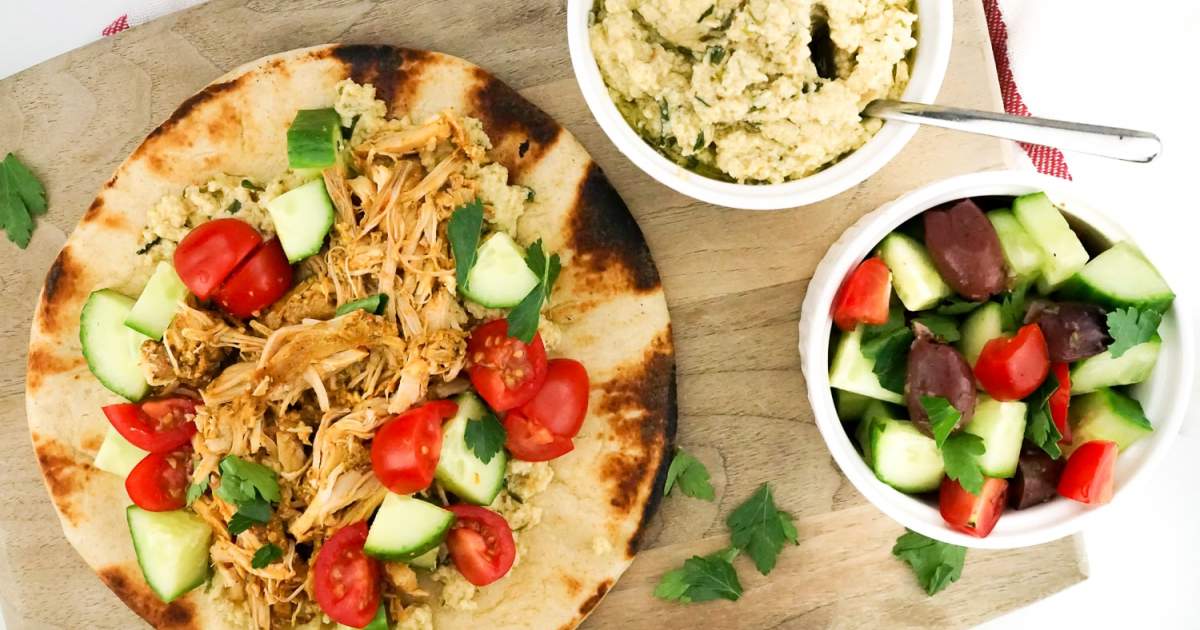 This healthy Chicken Shawarma couldn’t be easier to make with options for the slow cooker, instant pot, or grill. With just 218 calories and 1 Weight Watchers SmartPoints, it’s the perfect option for a pita sandwich, meal prep bowl, or salad.

As someone who absolutely loves a good chicken shawarma pita, it has always remained one of those dishes that I thought was better left to the experts. Living in Los Angeles, we are lucky that there are a ton of great places to get it so up until a few weeks ago when a reader requested a chicken shawarma recipe, I hadn’t really considered giving it a try. However I am so happy I did. Not only is it really easy to make, it’s much healthier than the take-out version. Plus its made with a handful of spices you probably already have at home. Dinner win. Now to be fair, this is more like shawarma flavored chicken. We are missing the vertical spit that it is traditionally cooked on for hours where it picks up tons of flavor from cooking in its own fat and juices. But I promise you, this is still really, really good. It’s got all the right flavors and couldn’t be simpler to make. I plan on cooking it in the slow cooker and Instant Pot during colder months and then throwing it on the grill when its hot. You can’t talk about Chicken Shawarma without talking about the toppings. Whether you are making traditional pita sandwiches, meal prep bowls, or salads – it won’t taste like a real shawarma without some extras.

Toppings and Sides for Chicken Shawarma

This is a great recipe for meal prep. Make up a big batch on Sunday and then pack it for quick weekday lunches. Usually I will pack a couple with grains, cucumbers, tomatoes, and yogurt sauce on the side. The others I will pack up to make quick pita sandwiches.