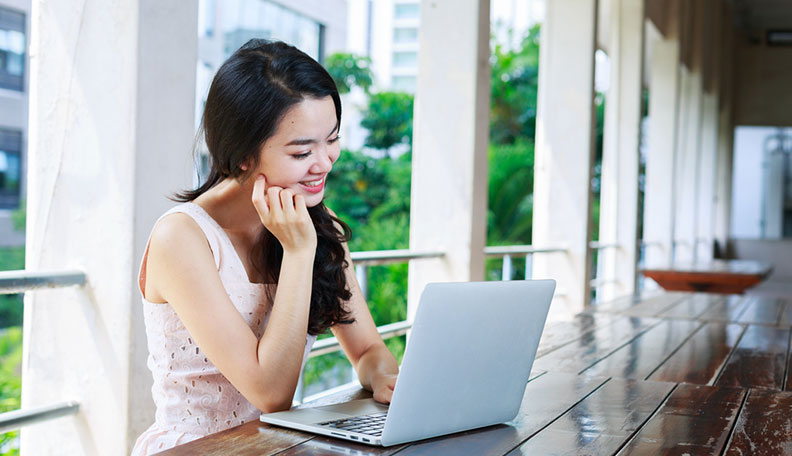 Social media is a wonderful way to connect. But if you notice these nine signs of Instagram flirting, it’s more than just friendship they want!

Instagram may have been built with photo sharing in mind, but it’s a hotbed of flirting opportunities too. Do you know how to tell the signs of Instagram flirting?

Correct me if I’m wrong, but a photo sharing site is largely either for marketing or for flirtation. If you’re using it innocently enough, perhaps sharing pictures of your dinner or your latest outfit, you’re probably going to attract a few admirers who are more about flirtation than general admiration. [Read: How Instagram flirting could be ruining your relationship]

Either way, it’s a beneficial idea to know about the signs of Instagram flirting, so you can either steer clear of your new admirer or perhaps get your flirt on! There are many couples who met on social media and decided to take it offline a little while later. Perhaps you’re about to do the same too!

I should point out that noticing one or two of these signs may not be a full blown flirtation. It could simply be that someone likes what you’re posting. On the other hand, if you’re noticing several on a regular basis, you’ve got an admirer!

#1 Sliding into your DMs. There is no need to message someone who you don’t want to connect with. It’s that simple. I have many friends on my social media accounts who I never interact with away from likes and odd comments every now and then. I don’t have conversations with them via DMs.

If someone is sliding into your DMs then the likelihood is that they’re attempting to kickstart a conversation and get things going from there. The first message may not be flirtatious, but you might be able to spot an undertone of cheekiness if you look hard enough!

Put simply, by talking to someone on a private messaging platform, you’re keeping it private and between just the two of you. That’s got to say something! [Read: 15 obvious signs of flirting between a guy and a girl]

#2 Regular private messages. Not only do they slide into your DMs once, but they keep on sliding! If you’re noticing regular messages with new conversation topics coming your way, they’re trying to get your attention and build up a rapport.

A regular conversation ends at some point. There are often no messages for a while after. That’s what happens between my friends and I. On the other hand, if you’re noticing that someone is constantly coming up with new topics to talk to you about, there’s a good chance they’re flirting and trying to keep your attention on them. It’s also likely that they’re always the one starting the conversation. [Read: Easy tips to text flirt with someone you like]

It can however get a little annoying/borderline freaky when you get a notification of a ‘like’ and you already know who it’s going to be. Simply because they like literally everything. Annoying, not particularly enjoyable.

#4 Suggestive emojis and comments. Winking face emojis are a definite flirtation in my book. If that winking face is accompanied by a suggestive comment, either one word or a full on sentence, they’re not doing it simply for fun!

For instance, you post a picture of yourself before you head out to meet your friends. You get a “looking good” complete with a winking face. That’s flirtation. That’s someone saying “hey good looking” not “oh you look nice.”

Can you see the difference? Emojis are the addition you need to be on the lookout for. They add a sense of playfulness, which is what flirtation is all about. [Read: 16 harmless emojis that make any conversation sound naughty]

#5 Selective posting. Assuming you follow them back, you might start to notice strategic or selective posting. They might start going to a place you’ve been to a lot and posting about it. They  add quotes which seem targeted towards you. This is a way of waving their arms around in cyberspace in an attempt to get your attention.

A good way to spot this is when you’ve posted something, and then see if they post something very similar shortly afterwards. It’s like a game of chess!

#6 Comments are often questions. We mentioned flirtatious comments with emojis. If you notice that most comments they post are actually questions, they’re doing this so that you have to reply to them. They then ask something else, and then something else. This is a public way of having those DM conversations I mentioned earlier.

It’s a way of creating a chat which builds up a rapport. You may then find that the comments start to air towards the flirtatious because they feel more comfortable doing so. [Read: How to flirt over text and intrigue someone with just your words]

#7 Meet up suggestions. If someone asks you to meet up away from social media, there’s a very good reason for them doing so! It’s basically the shy way of asking someone out. You can hide behind your phone, tablet, or laptop, and if they say ‘no,’ you don’t have to make your excuses and run away. You simply go offline instead!

If someone asks if you want to meet up for a coffee, go see a movie, or suggests a drink the next time you’re both at that cool bar you’ve both been posting about, that’s one of the clearest signs of Instagram flirting. It’s a clear attempt to take things to another level. [Read: Friendly vs flirty – 12 subtle hints to see the right signs]

#8 Notice the time of day they comment/message. If you’re regularly noticing messages and comments late at night, that’s a virtual world booty call right there! Online flirtation is no different than ‘in person’ flirtation. We simply become a little braver when we don’t have to face someone head on.

I’ll cut them some slack here and say maybe they can’t check their phone at work because of rules and they only get the chance to catch up on their social media activities at night. But it’s unlikely, most of us are on our phones on a regular basis throughout the day! [Read: How to ask someone if they like you without embarrassing yourself]

#9 You get some kind of prompt if you don’t reply. If you get a message or this person comments on one of your posts and you don’t reply for a while, you might get a prompt. This could be a question mark, comment, or another message. It’s basically a cyberspace wave to get your attention again.

A person who isn’t trying to flirt with you wouldn’t be too bothered if you didn’t reply to a message quickly or for a few days even. A person who is flirting would be a little anxious about the non-reply.

[Read: Are you in a parasocial relationship? Is it healthy?]

These signs of Instagram flirting can easily be mistaken for admiration or friendship. When you’re noticing several of these signs, flirtation is likely to be on the cards. What will you do about it?